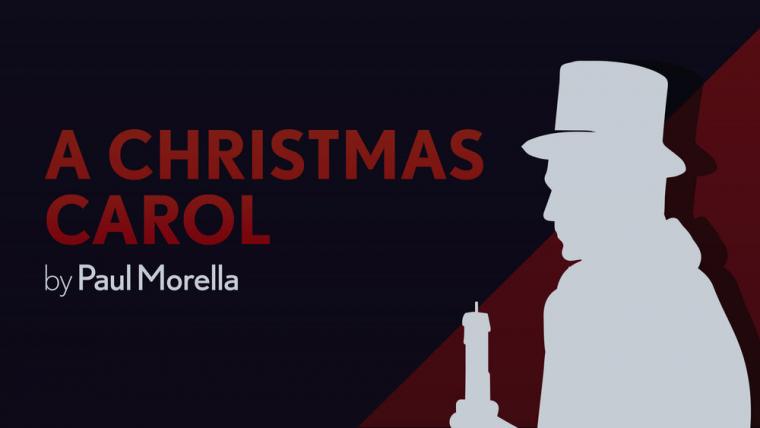 Described by DC Theatre Theatre as “a magical experience” and by Goldstar magazine as “a fresh spin on Charles Dickens' beloved holiday tale,” playwright Paul Morella's one-man adaptation of the yuletime classic A Christmas Carol will be viewable from November 27 through December 13 in a virtual presentation hosted by Iowa City's Riverside Theatre, a production directed by the venue's co-founder Ron Clark and starring popular Iowa performer John William Watkins.

With its tale evoked in author Dickens very own words, this take on A Christmas Carol tells the familiar tale of the mean-spirited and curmudgeonly Ebenezer Scrooge, who is visited by the ghosts of Christmases Past, Present, and Future, all of whom hope to change his destiny and save his soul. As audiences hear stories from Scrooge's life, they travel back and forward in time, and through a series of strange and magical journeys and colorful characters, the miserly old man ultimately discovers the true spirit of the holiday season. With the tale's assemblage of beloved characters including the put-upon Bob Cratchit, the frightening Jacob Marley, and the endearing Tiny Tim, all of Dickens' many memorable characters are enacted by Watkins, resulting in a unique viewing experience that maintains the material's timely morals about the consequences of greed and selfishness, as well as the redemptive power of change.

Presented in the 150th year of Dickens' passing, Riverside Theatre's A Christmas Carol features music composed or arranged by Tara McGovern, who also performs on the fiddle, with the production's design and technical work crafted by Chris Rich, Karle Meyers, and Rob Merritt. When Morella himself performed his solo show in Washington D.C. in 2015, the Washington Post said of the presentation, “It’s a friendly one-man show that faithfully sticks to the Dickens novella over its swift two hours. What you hear is exactly what Dickens wrote, rich descriptions and all. This was originally a ghost story, and that’s how it feels as Morella stands alone on a shadowy stage, looking you in the eye as cranky old Ebenezer Scrooge begins his jittery night.” DC Metro Theatre Arts, meanwhile, wrote that Morella's Christmas Carol “is what live theatre is all about: teamwork, vision, imagination, and exceptional talent. There are too many reasons not to miss it. So don’t.”