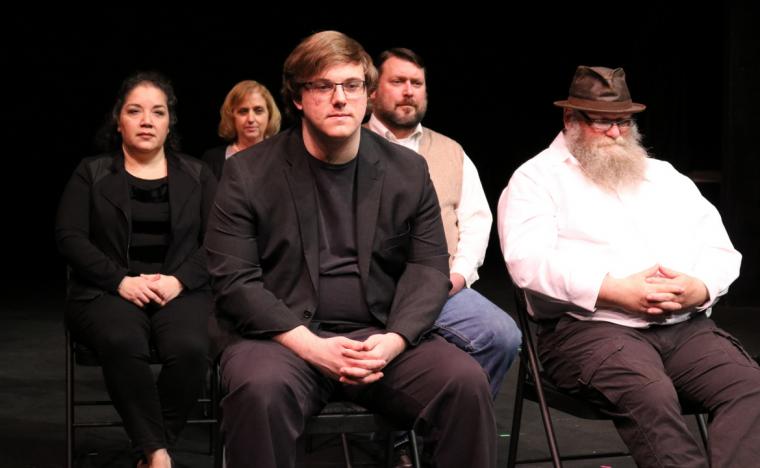 A timeless classic gets an original, locally created makeover at the Playcrafters Barn Theatre March 6 through 15, with the Moline venue hosting the debut of author Alexander Richardson's Their Town, a salute to, and modernized take on, Thornton Wilder's iconic Our Town that serves as the first of four 2020 world premieres in the theatre's acclaimed Barn Owl Series.

Set in the fictional burg of Grover's Corners, New Hampshire, Wilder's Pulitzer Prize-winning Our Town is a much-loved, and occasionally reviled, exploration of small-town life between 1901 and 1913, and the idea for Their Town, says Richardson, “initially started because I was thinking of directing a production of Our Town, and thinking of ways in which I could challenge the script or update the staging. But the more I thought about it, the more I realized what I was thinking of was an actual rewrite.”

With the writing process for Their Town beginning last March, Richardson says, “I wanted to look at what modern life is like not in big cities, but in smaller towns in America, and how people live their lives. Just looking day to day: What are the different things we all do and can all relate to? So I looked at the structure from Our Town, and just kind of transposed its themes from the beginning of the 20th century to the beginning of the 21st century.” 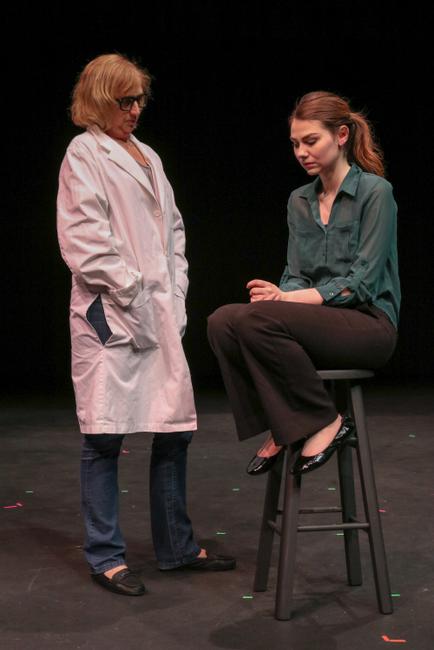 As with Our Town, Richardson's play features an Emily and George, with Playcrafters' roles played by Kassidy Sutherland and Ethan D. Mason. But when asked if they're directly modeled on Wilder's characters, Richardson says, “Yes and no. They're similar in the sense that Emily and George, in this version, still meet in high school. And Act II with them deals with a wedding – though instead of it being their wedding, it's a friend's wedding. I don't want to give away what happens in the end, of course, but basically the play takes the idea of Emily and George in Our Town and imagines what would they be like as a couple today. How would that relationship be different from a relationship from 100 years ago, when it was all about getting married and having kids?”

Also like Our Town, a stage manager is on hand to guide the audience through the years. In Richardson's take, however, Wilder's sole narrator has become a duo portrayed by Jesse Mohr and Alexa Florence. “Something I thought would be fun would be if the Stage Manager was split into two parts – I call them He and She – and then the quote-unquote 'Stage Manager' would fill in the rest of the ensemble. So every [Their Town] character that's not a main character will be played by those two,” with Richardson's and show director Elizabeth Melville's ensemble completed by Brant Peitersen's Mike, Lidia Gomez's Cierra, and Lance Maynard's Bernard.

Yet Richardson admits that he faced an unusual challenge with Their Town, because despite the stage drama's Pulitzer and considerable reputation, there are a lot of audiences who – whether because of previous unfortunate productions or the material itself – simply don't like Wilder's Our Town.

“That's actually something I learned over the process of writing it. Because I was one of those people that … . I don't want to say I hated Our Town,” says Richardson with a laugh. “I always liked the script. But most of the productions I'd seen were just bad – they just missed the point, or they were overdone, and let's face it, a lot of the problems of Our Town aren't relatable. Like there's a whole plot point I remember with the older folks concerned because this one family starts locking their doors at night. That's a point that comes up repeatedly: 'Did you hear that the Petersons are locking their doors?!' That is so far removed from any events of modern life. The lessons of Our Town, I think, are really important, but I think they can get lost in the whole idea of 'Aw-w-w-w … look how quaint life was 100 years ago!'” 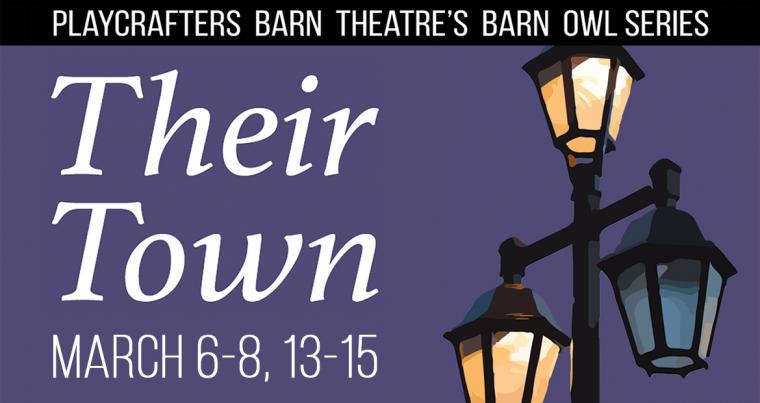 Richardson says he's excited for the chance to debut Their Town as the first production in Playcrafters' 2020 Barn Owl Series season, especially considering the author and current Barn Owl Series Coordinator was chiefly responsible for initiating the series – a forum for new and challenging works – in the spring of 2017. But he adds that he's even more thrilled that, for the first time ever, the Barn Owl Series will be composed entirely of debuting works by local playwrights, with Their Town's run followed this year by Don Faust's Princeton's Rage (June 5 through 14), Jim Sederquist's The Whistleblower's Dilemma (August 7 through 16), and Robert Greve's Four Stories (October 9 through 18).

“It's a small miracle, really,” says Richardson. “We weren't anticipating to do all originals; we were thinking it would be nice if we could do one or two. So we put out a request saying 'Hey, if there are any originals you have, submit 'em.' And then, somehow, we had a bunch of QC playwrights submit their shows to us – these full-lengths that were mostly ready to go – and we were like 'Oh! Well! I guess if we wanted to, we could do a whole season of originals, couldn't we?' And we thought that would be really cool, because who else could say they've done that in the area? It was one of those lighting-in-a-bottle things. We couldn't replicate it if we tried.”

Meanwhile, the other significant change to the Barn Owl Series for 2020 is that, unlike in previous years, all of the produced shows will enjoy two full weekends of performances, rather than merely one. “Each year,” says Richardson, “our audiences have gotten bigger and bigger, and last year they saw this huge leap in growth. So we thought, 'All right, at this point, it's almost like we're losing money by not doing it for two weekends.

“So the Barn Owl series finally got where I wanted it to be!” he adds with a laugh. “We went mainstream!”

Their Town runs at the Moline theatre March 6 through 15 with performances at 7:30 p.m. on Fridays and Saturdays and 3 p.m. on Sundays. Admission is $5-10, and more information and tickets are available by calling (309)762-0330 or visiting Playcrafters.com.