In 2007, when Los Angeles-based actor/playwright Tom Dugan was first booked as a Quad City Arts Visiting Artist, it was as the star of his self-written, one-character performance piece Robert E. Lee: Shades of Gray. When he returned as a Visiting Artist in 2008, it was as the author and director of another one-man show, Frederick Douglass: In the Shadow of Slavery.

Now, with Broadway director Jenny Sullivan at the helm, Dugan returns for his third stint with Quad City Arts in Simon Wiesenthal: Nazi Hunter, another solo vehicle that the busy stage and film actor both wrote and stars in. And, it should go without saying, Dugan recognizes that audiences hesitant about attending productions on the Civil War and slavery may be even more leery of one concerning the Holocaust. At last count, there were a whopping 46 area-theatre productions scheduled between September and December, and included among the titles are A Dog's Life, The Big Funk, Scrooge!, Don't Hug Me, and Mid-Life! The Crisis Musical. It's the season that my editor, Jeff, has been waiting for! When Geneseo's Richmond Hill Barn Theatre opens its presentation of Lindsay-Abaire's acclaimed play on August 13, it will feature popular local performers Jessica Nicol, Denise Yoder, and Susan Perrin-Sallak, and boast direction by Bryan Tank, much admired for his work in such Quad City Music Guild productions as Jekyll & Hyde, Evita, and the recent All Shook Up.

And, as Tank himself understands, Richmond Hill's Rabbit Hole is still no slam dunk.

Reaching Out: Playcrafters Inaugurates Its Diversity Initiative with "A Raisin in the Sun" "Literally thousands of people have come through this building to perform on our stage," says Craig Michaels, past president of the Playcrafters Barn Theatre's board of directors. "But without demeaning or belittling any of the work that's been done here over the years, I was finding that I didn't feel the entire community was properly represented within our building, both on our stage and behind the scenes." 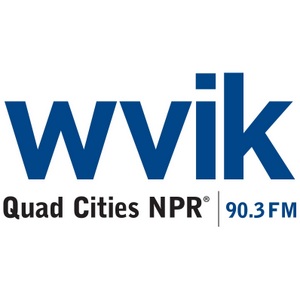 Patrons' Saint: Don Wooten Reflects on His Theatrical Experiences and His (Continuing) History with Genesius Guild "We were looking for a name for the group," says Genesius Guild founder Don Wooten, "and I knew of a play called The Comedian, which was about St. Genesius, who was the patron saint of actors. So I called it Genesius Guild. But no such person ever lived. I just thought it was wonderful for actors to have an imaginary patron saint." After local productions of Altar Call in 2005 and Yard Sale in 2007, area playwright Melissa McBain's latest endeavor - opening April 30 at the Village of East Davenport's Village Theatre - is the solo presentation Going Back Naked. And if you think that's a strange title for a play, its author says she originally considered one that was even more unusual.

The Quad City Playwrights' Festival 2009, May 10 at Augustana College (The following is the sidebar to the feature story "Love Letters: Melissa McBain Pays Tribute to Her Mother in New Ground Theatre's Going Back Naked.")

In addition to playwriting and performing, Melissa McBain also teaches in Augustana College's theatre department, and currently serves as coordinator and producer for the Quad City Playwrights' Festival, an annual evening of short plays by local writers, directed and acted by Augustana students. (This year's festival will take place at Augustana's Wallenberg Hall on Sunday, May 10.) St. Ambrose University instructor Michael Kennedy, who has directed more than 75 collegiate theatre productions over the past 40 years, remembers the first - and, to his recollection, only - public complaint lodged against one of his shows, which appeared in the Diocese of Davenport's weekly newspaper The Catholic Messenger.

Much Ado About Many Things: Spring Theatre in the Quad Cities and Surrounding Areas

The Quad Cities' spring theatre season will be bookended by Shakespeare, with the March 6 opening of Much Ado About Nothing, and Sophocles, with the May 28 debut of Oedipus Rex. But just because these plays are, respectively, more than 400 and 2,400 years old, it probably isn't wise to enter them expecting the expected. This Sophocles, after all, is subtitled The Audacity of Oed, and this Shakespeare is being staged by the Prenzie Players, so in both works, you may as well expect anything to happen; considering our lineup also features titles by Stephen Sondheim, Neil Simon, Euripides, and Mel Brooks, I'm thinking you can say the same for the theatre season as a whole.