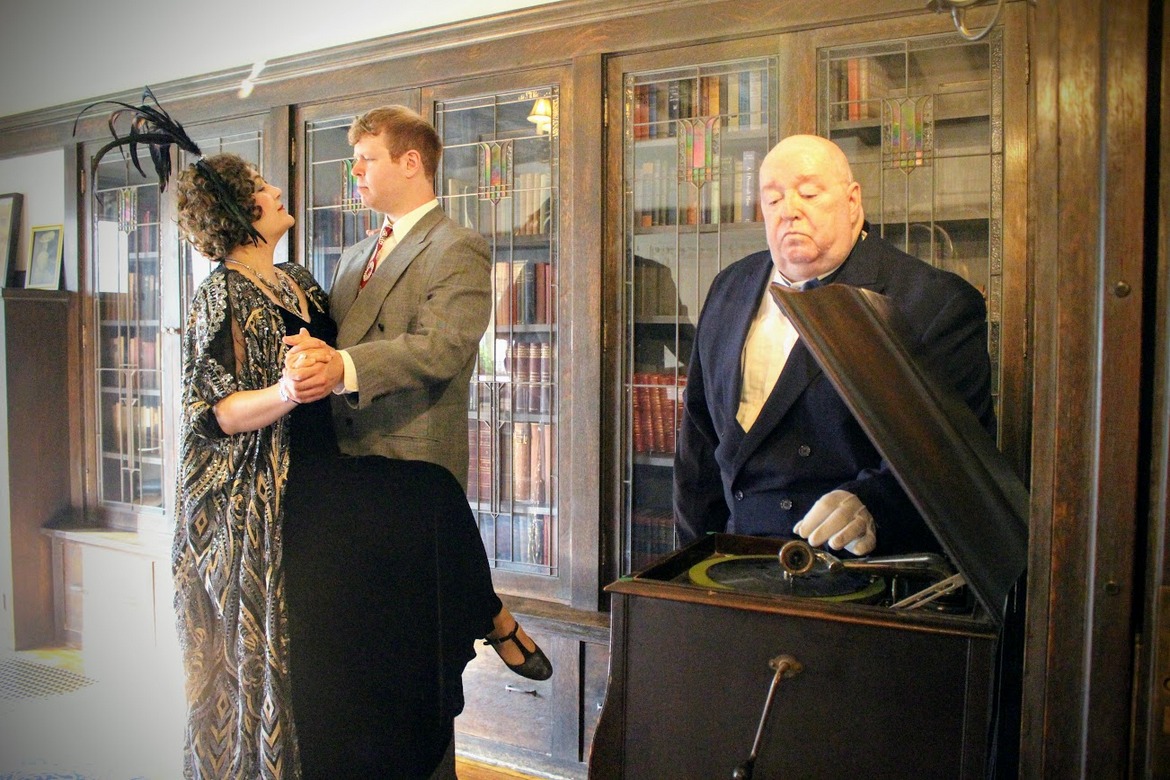 Yet Kevin Pieper, the director and set designer for Quad City Music Guild’s new production of the Sunset Boulevard stage musical (running August 4 through 13), has some bad news. “I’ll let the cat out of the bag with you,” he says during our July 20 interview. “We don’t have a swimming pool. We thought about filling the orchestra pit, but that would kind of defeat the purpose.”

Now Is the Springtime of His Deep Content: Sam Jones Stars in "Richard III," April 21 through 23 at St. Ambrose University 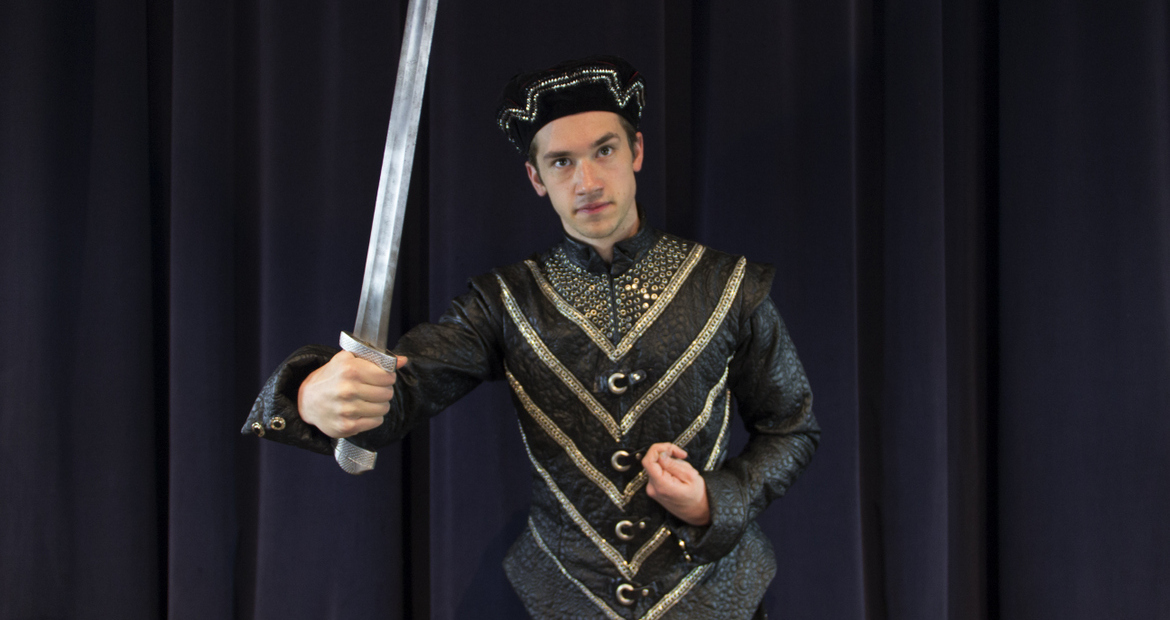 When St. Ambrose University senior Sam Jones arrives for our March 30 interview, he enters carrying what he calls his “rehearsal bag” – a backpack emblazoned with the Green Lantern insignia. “I bring it everywhere,” he says, eventually pulling out a stack of reading material currently aiding him in his title role as William Shakespeare’s Richard III. There isn’t a DC Comic in sight.

Faves in Fives: Highlights from the Year in Area Theatre 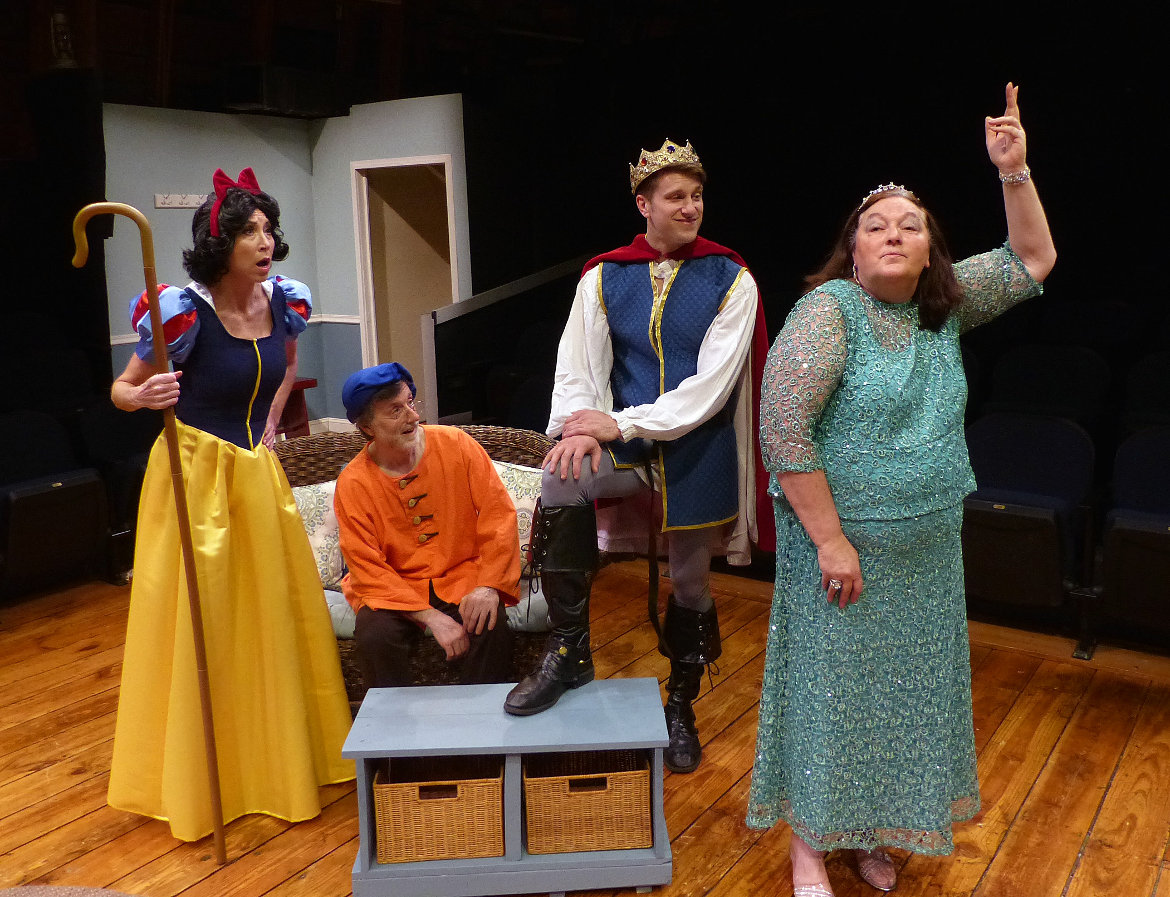 Once again, it was an incredibly busy, incredibly diverse year for theatre in the Quad Cities region, with 65 productions reviewed by the Reader team of Jeff Ashcraft, Dee Canfield, Victoria Navarro, Brent Tubbs, and yours truly. Clearly, there would be plenty to talk about in a year-end recap. But how, exactly, to do it? 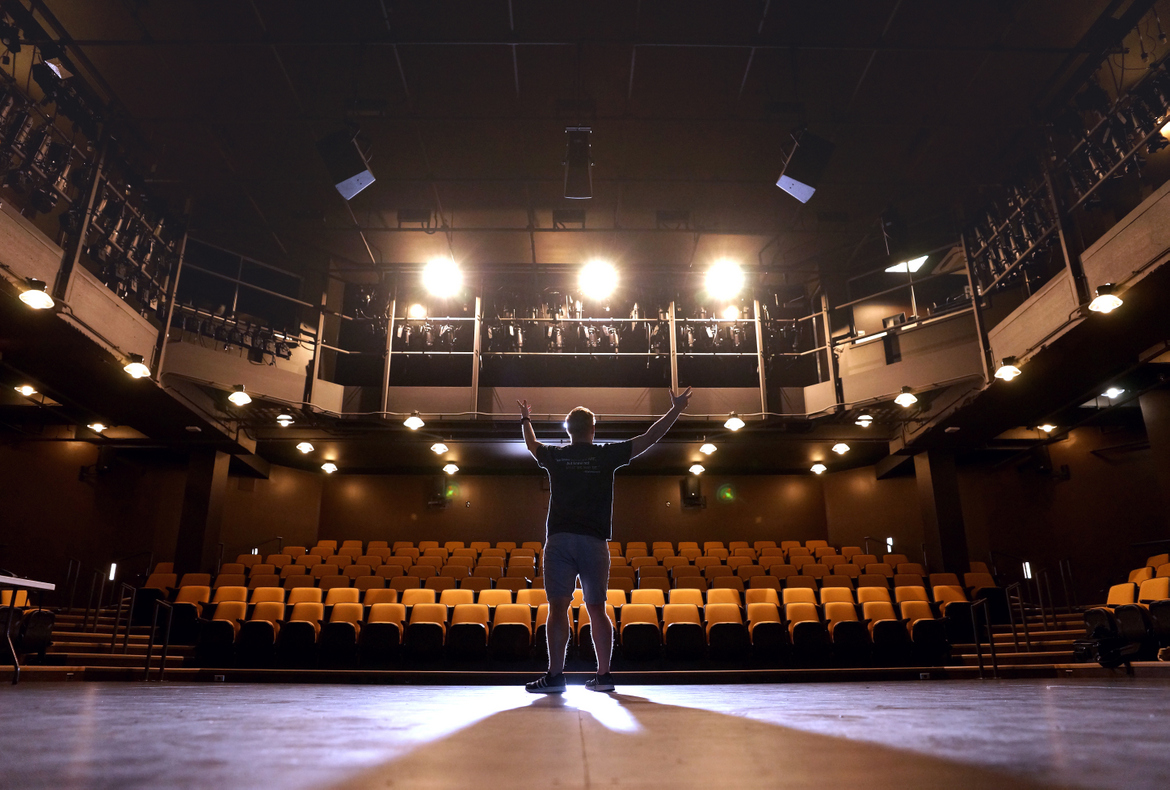 When I attended Augustana College’s second-to-last performance of the musical Sweeney Todd in May, I found the evening a bittersweet affair – and not just because of the meat pies.

Without question, Augie’s rendition of Stephen Sondheim’s demon-barber musical was terrifically performed and produced. Hence, the sweet. But the bitter came in knowing that the show would be the final one staged in the Bergendoff Hall of Fine Arts’ Potter Hall – the utterly charming, 144-seat venue that I, as an Augustana theatre major, had so energetically toiled and played in from 1986 to 1990, as had any number of students active there between the building’s 1955 opening and this past spring.

Yet there was a silver lining, and you could find it right across the street at the former Augustana College Center. This was the venue that was to be newly named the Kim & Donna Brunner Theatre Center – a $4.2-million facility that would be the home to Augie’s theatre department, with its approximate 7,500 square feet boasting a 263-seat mainstage area, individual light and sound booths, an 80-seat studio theatre, a scenic-construction shop, a costume shop, a theatre library and conference room, faculty and administrative offices, spacious dressing rooms, and even showers. (Full tours of the center, which officially opened at the end of August, will be available during the theatre’s celebration gala on October 13.) At the very end of Anton Chekhov’s 1897 tragicomedy Uncle Vanya, two of the play’s principal characters – Vanya and his niece Sonya – sit quietly at a table at their Russian estate, each lamenting the departure of their recent house guests. They’ve endured all manner of emotional hardships over the stage hours prior, and as they prepare to face more in the lonely years ahead, Sonya delivers one of theatre’s most famous closing monologues, climaxing her speech by telling Vanya not to fear – God will show pity on them. “We shall rest,” she says, gently, just before the curtain falls. “We shall rest.”

Hopefully, for Vanya and Sonya, 119 years constitutes a long-enough rest. Because thanks to a playwright’s imagination and a rather inconvenient (and fictitious) wormhole, Chekhov’s Uncle Vanya characters are continuing their sagas in author Lee Blessing’s debuting comedy Uncle, a world-premiere production by Davenport’s New Ground Theatre running at the Village Theatre from April 29 through May 8.

“Sometimes you just don’t know where things come from,” says Blessing, with a laugh, regarding his sci-fi-comedy continuation of Chekhov’s masterpiece. “I’d seen a modern update of Vanya not that long ago in Los Angeles, and around the same time I said to myself, ‘Wouldn’t it be interesting to write a play about a guy who suddenly has a cosmic wormhole open up in his backyard, but doesn’t want it? Doesn’t want the things that come out of it?’ And so, for some odd reason, I put those things together."

This Land Is My Land, This Land Is Your Land: Iowa Poet Laureate Mary Swander Presents "Map of My Kingdom," February 24 at the Bettendorf Public Library In 2013, Iowa Poet Laureate Mary Swander was asked to meet with the Ames-based not-for-profit Practical Farmers of Iowa (PFI), a situation she likens to “getting called into the principal’s office” for offenses unknown. Yet when it turned out she was actually being commissioned to write a play about farmland transitions, Swander says her immediate reaction was likely the same as those faced with the prospect of seeing a play about farmland transitions: “Hmm ... really?” The ends of calendar years always bring with them a certain amount of reflection, and questions that we find ourselves quietly grappling with. "Did I achieve personal fulfillment and happiness?" "Were there people I improperly appreciated or unintentionally wronged?" "What are we going to do about the Reader's annual year-in-theatre article now that Thom White has moved to Kentucky?!" I don't mean to alarm you, but during my recent interview with Heather Herkelman, the area performer revealed something shocking and rather upsetting: Hawaii, it turns out, isn't perfect.

Send in the Clowns. And the Acrobats. And the Musicians. And ... . : Daniel Rairdin-Hale Directs "Commedia Dell'arte," April 17 through 19 at St. Ambrose University, and April 25 and 26 at Additional Davenport Venues

Originated in Italy in the 16th Century, the theatrical form commedia dell'arte traditionally finds a group of actors participating in a comedic scenario featuring slapstick conceits called mécanisme. And for his original commedia dell'arte presentation at St. Ambrose University, one fittingly titled Commedia Dell'arte, director Daniel Rairdin-Hale insists that he and his cast have come up with some mécanisme doozies.

You Can Go Home Again: Dana Moss-Peterson on His Acting Career and Directing "13th of Paris," March 13 through 22 at the Playcrafters Barn Theatre In recent years, 36-year-old actor Dana Moss-Peterson has been asked to play several characters far younger than himself.

During flashback scenes in the Richmond Hill Barn Theatre's 2013 Death of a Salesman, Moss-Peterson played Biff Loman when he was a high-school senior and local football hero. For more than half of 2011's Leaving Iowa at the Playcrafters Barn Theatre, his Don Browning was a younger teen enduring an excruciating family vacation. In New Ground Theatre's 2012 Mr. Marmalade, the actor - not in flashback - portrayed Larry, a comically morose, suicidal five-year-old. (It's that kind of play.)

Consequently, it makes a sort of sense when Moss-Peterson says his interest in theatre began when he was even younger than Larry.