“The Boxcar Children,” February 7 through 16 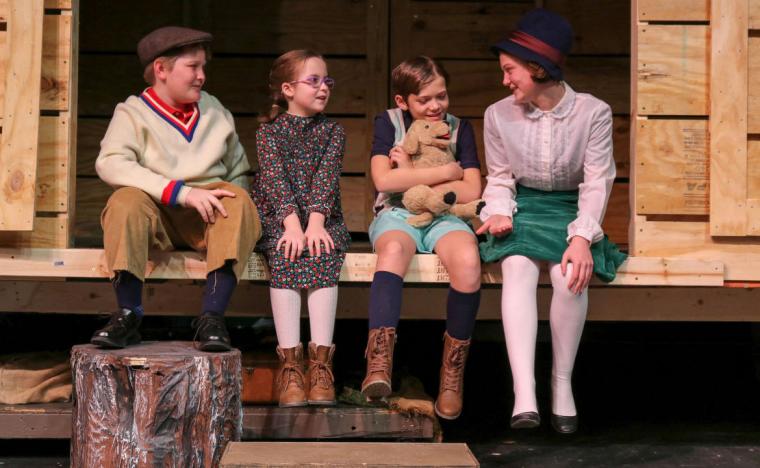 Lennon Ross, Madalyn Roland, Thom Elliott, and Chloe Hansen in "The Boxcar Children" at the Playcrafters Barn Theatre -- February 7 through 16.

Based on the beloved series of children's books originally created by author Gertrude Chandler Warner – a series that began in 1924 and boasts well over 150 titles – the family adventure The Boxcar Children serves as the first stage presentation in the Playcrafters Barn Theatre's 2020 season, a heartwarming entertainment that the Milwaukee Journal Sentinel praised for “the chance to identify and appreciate the strength, and the good, that we're all capable of demonstrating in times of crisis.”

Generations of young readers have cherished the spirited, Depression-era adventures of The Boxcar Children, and as written by playwright Barbara Field, the continuing tales of the Alden children – Henry, Jessie, Violet, and Benny – now come to life on stage. Orphaned and in danger of being sent to different foster homes, the four siblings run away and make their home in an abandoned railroad boxcar. Pursued by the authorities and a mysterious stranger, the children consequently discover the rewards and perils of life on the run, as well as the joy of keeping their family together. A touching and spirited tale of unity that Field adapted for the theatre in 1999, the Seattle Times wrote of the stage version: “Though the central story is the same, Field’s script amplifies the psychological and social dimensions of the book considerably … . With all the added material, The Boxcar Children has grown into an extended, more instructive and informative tale.” 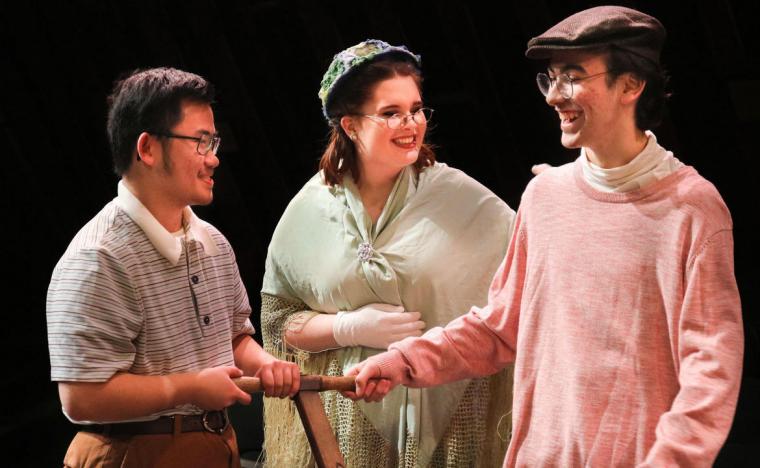 Directing The Boxcar Children is Playcrafters veteran Cynthia Taylor, whose previous presentations for the Moline venue have included And Then There Were None, The Laramie Project, and this past fall's The Wolves. Five adult performers are double-cast in the production, with Jenya Loughney (the Prenzie Players' The Merry Wives of Windsor) joining four returning Playcrafters talents: Don Faust (A Number), Lauren Larson (She Kills Monsters), Nolan Schoenle (Prescription: Murder), and Jim Strauss (Miracle on 34th Street). And eight gifted area youths will alternate performances as the four Alden children, with three Boxcar Children productions boasting the quartet of Chazy Mahamid, Naoko Sambdman, Isabelle Belshause, and Abraham Gomez, and another three featuring the foursome of Lennon Ross, Chloe Hansen, Madalyn Roland, and Thom Elliot.

The Boxcar Children runs at the Playcrafters Barn Theatre February 7 through 16, with performances on Fridays and Saturdays at 7:30 p.m. and Sundays at 3 p.m. Tickets are $10-13, and more information and reservations are available by calling (309)762-0330 or visiting Playcrafters.com.