Stars, in Their Multitudes: “Silent Sky,” at the Black Box Theatre through May 12 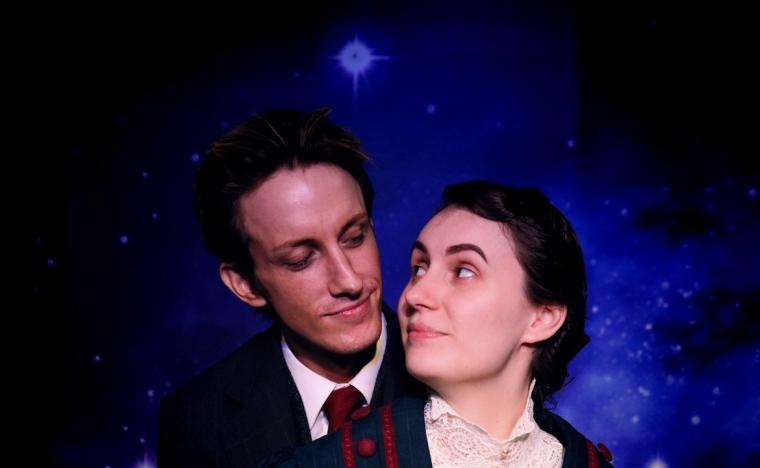 The Black Box Theatre's Silent Sky, by Laura Gunderson, is uplifting and brilliantly executed. First produced in 2010, the play follows the adult life of far-seeing astronomer Henrietta Leavitt beginning in the late 19th century. Because she is a woman, she's only allowed to do “scut” work – categorizing and cataloging thousands of stars; a daunting task. However, she used the drudgery to pursue and discover a shining truth which changed our understanding of the universe.

Friday's performance had a rocky start, to my eyes. The first scene was static, stiff, and awkwardly paced, with the actors' profiles to the audience most of the time. This could have been deliberate, to make a point that I missed, or maybe someone skipped lines and her scene partner tried to get the scene back on track. (It's happened to me.) These issues didn't recur, though, and the rest of the show flowed. Though Silent Sky is about a scientist and the institutional, societal, and personal barriers she faced, there's nothing grim or dry about the play. The script and performances balance drama and laughs ably, with each character contributing to both aspects, and while the cast and playing areas are small, the unfolding story captivates.

Director Lora Adams leads a company of – yes, I'll say it – stars who are brimming with theatre degrees and many dramatic credits, and also designed the lovely set constructed by Michael Kopriva and lit by David Miller. In her production, Henrietta (Alice Guzman) is determined to further her career rather than trudge the expected, worn paths of marriage and motherhood. Guzman makes the sometimes-prickly genius Henrietta relatable and inspiring, and her skill in portraying the development of Henrietta's character over the show's time-span impressed me. Although Henrietta is bright and comes from money, her life is hard in other ways, and Guzman evokes sympathy, as well. Her battle pitting personal needs against professional ones is a common but difficult situation, and in addition to overcoming the pervasive misogyny, she lived with hearing loss and worked during her illnesses. 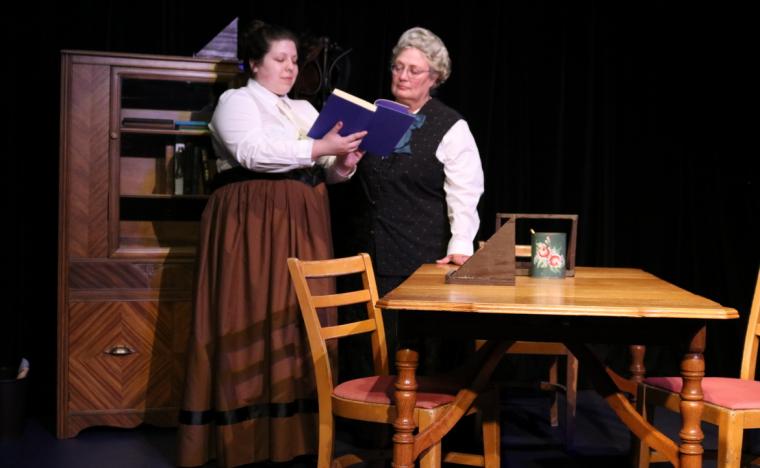 Jo Vasquez plays Henrietta's sister Margaret, an accomplished woman in her own right, who embodies the pull of traditional family obligations. (This created character is an amalgamated representation of Henrietta's real-life family members.) Her portrayal of Margaret's conflicting love, need, and sororal exasperation felt genuine – I love my sisters, too, but their actions sometimes baffle me – and I would've liked to have seen Vasquez onstage more.

Adam Cerny is Peter, one of Henrietta's colleagues, and the actor has been wonderful in every role I've seen him in, proving equally enjoyable here playing his first nerd. Peter is an enthusiastic, slightly condescending, sky-gazing academic who becomes awkward and starry-eyed in a different way around Henrietta, and I relished both Cerny's verbal bumbling and the moments in which he said everything with face and body alone. Peter's struggles broke my heart.

Another colleague, Williamina (Jennifer Kingry), is not only another astronomy pioneer, but also Henrietta's advocate. The warm and delightful Kingry gets Silent Sky's best one-liners, but her solid acting takes the role farther and deeper than the playwright's words alone could. Also, her Scottish burr is impeccable. I was thrilled to see Kingry onstage again after a long hiatus, and while she's an accomplished lighting designer and director, she should tread the boards again soon. 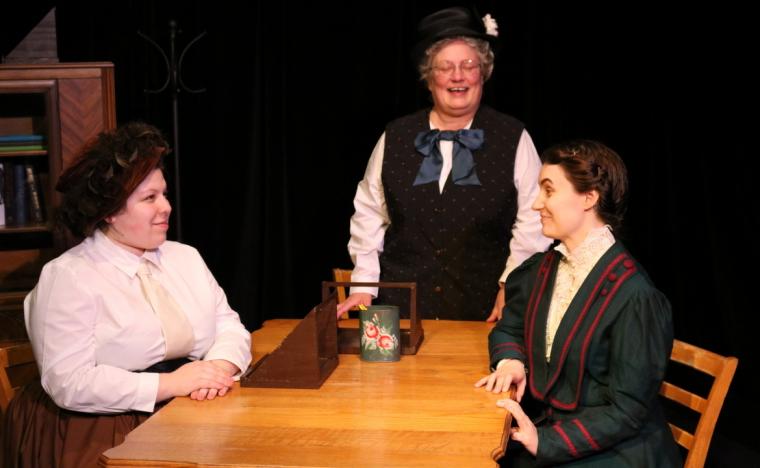 Anna Marie Schneider brings command and gravitas to the role of Annie, another scientific innovator who has been at this star-logging business a long time and takes no guff. Schneider is younger than her character, and I admire how convincingly she plays it without age makeup (which wouldn't work in such a small venue). Annie, too, evolves over the course of the show, and Schneider's performance makes the changes clear and satisfying.

Praise goes to seamstress Susan Snider and all involved in costuming, as the beautiful clothing adds much to the experience. (The play's era ruled out the common practice of actors raiding their own closets for theatrical garb.) The furnishings are also appropriate and attractive, and on Friday, barring the first scene and a few flubbed light cues, the production ran smoothly: The scene changes consisting of setting and striking props were fast, and the actors, pros all, held for laughs and I heard every word. The scenes involving exchanges of correspondence, however, were a bit confusing. Sometimes, the recipient held the letter as if reading it, and reacted silently while the sender spoke the words – which made sense. Sometimes, the sender recited the letter with the page at eye level as if reading their own words aloud – which didn't.

Henrietta was bent on success regarding adding to humanity's store of knowledge, and not for her own glorification, and men taking credit for her work was galling – as it would be for anyone. Her life is worth knowing about and celebrating, and by the show's curtain call, there were tears in my eyes. Silent Sky is an engaging, satisfying production that needs – and deserves – a big audience.

Silent Sky runs at the Black Box Theatre (1623 Fifth Avenue, Moline) through May 12, and more information and tickets are available by calling (563)284-2350 or visiting TheBlackBoxTheatre.com.