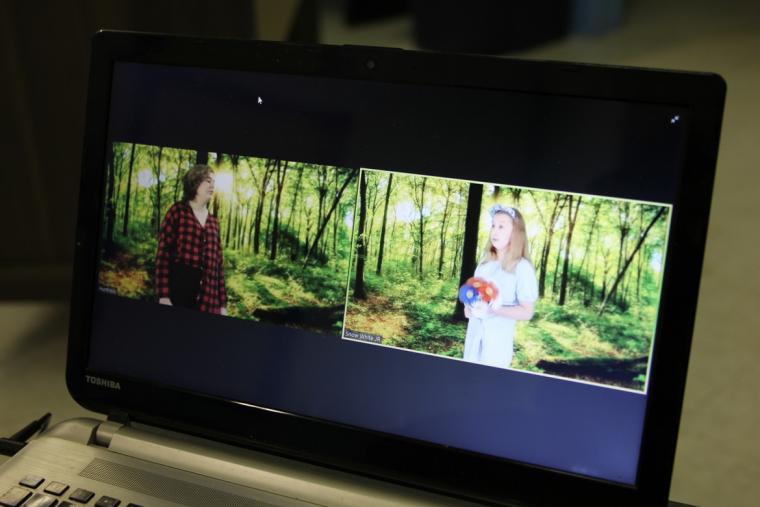 In these current times in which it's all too easy to feel grim, Davenport Junior Theatre, from November 7 through 15, will be treating kids of all ages to something delightfully Grimm – six live (and free) virtual presentations of Junior Theatre's mainstage-season opener Snow White 2.Zoom, an original online performance that celebrates its classic storybook characters in ways both familiar and new.

Ben Gougeon, Davenport Junior Theatre's artistic director and theatre programs coordinator, serves as the production's chief organizer, and says the idea for Snow White 2.Zoom originated with a new-play competition held at the end of summer.

“We were thinking we were gonna do a new-play festival,” says Gougeon of the initial fall plans that, given current health and safety protocols for live performances, were no longer possible. “But the winner of that play competition was a short play by one of our students called The Evil Queen Returns, and that kind of inspired us to switch gears a little bit. We thought, 'Well, what if we combine this Evil Queen Returns play with some short scenes from our previous production of Snow White that Daniel [Sheridan] wrote in 2014?'

“And then around that,” Gougeon continues, “we decided to build a talk show that Showtime Pal – our longtime mascot – would host. We decided that Showtime Pal would have the Seven Dwarfs on the show to get the behind-the-scenes scoop on Snow White. So we have the student-written play and the old scenes, and then we worked with the students and did free writing and improv to kind of create the framing device around those other pieces.”

Eighteen students are members of the Snow White 2.Zoom team, two of whom are directing the production's individual Evil Queen Returns and Snow White scenes. Says Gougeon, “The students have been doing a great job. Creating content is difficult and challenging, but they've all been great and just jumped right in, and it's given the chance for them to be really creative and take some ownership of the piece.” 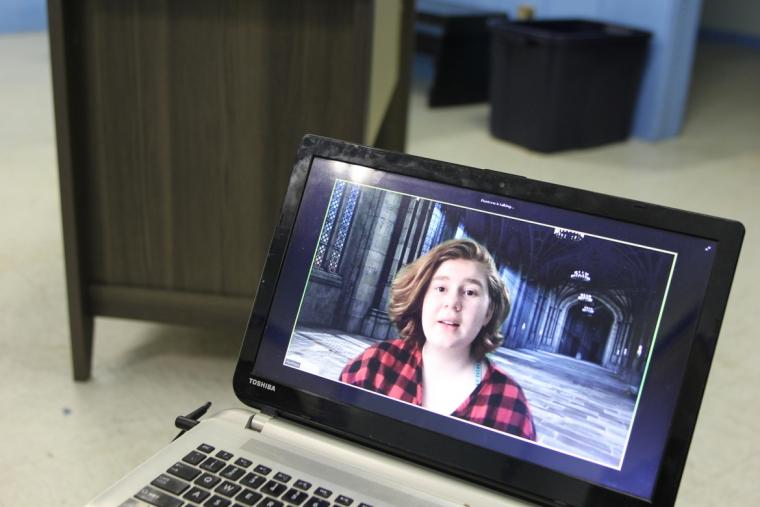 Discussing the virtual rehearsal process, Gougeon says, “We've had to rehearse all the sections separately. But then when we're all together, it's 18 separate Zoom boxes. For the performances, of course, we're able to edit who sees what as far as what our audience sees. But yes, in rehearsal, it's all of us on Zoom.

“I've been telling the kids this isn't theatre we're making. We're basically producing a live television show. It feels sometimes like our stage manager and our production manager and myself are in a TV command booth. We've got four or five laptops spread out, and we're Zooming in what we need to Zoom in on for sound effects and videos, and instead of traditional programs, we have commercial breaks where the kids will be able to have little video bios and people will be able to see program notes and ads.

“When we had to go to virtual classes this spring,” Gougeon continues, “I just started thinking of this idea of, 'Okay, rather than looking at this as a roadblock, how do we lean into this medium and use this as a tool?' Instead of sitting there with that attitude of like, 'Well, I guess we'll do theatre this way, but it's not really theatre … ', just embrace it and say, 'No, it's not theatre. This is a new method that we can use to perform and reach our audiences.' And it's been a lot of fun, and there's been a lot of learning along the way, for all of us, in terms of coming up with a whole new delivery system for what we do.”

Gougeon adds with a laugh, “Of course, because so many of our students have had some kind of virtual experience with either our classes or classes at school, it hasn't been as steep a learning curve for them as it has been for the adults.”

Livestream performances of Snow White 2.Zoom's November 7 through 15 run will take place at 4 p.m. on Saturdays and at 1 and 4 p.m. on Sundays, and can be viewed through Davenport Junior Theatre's Web site, YouTube channel, and Pacebook page. The viewings are free, through donations to the organization are greatly appreciated, and more information is available by calling (563)326-7862 or visiting DavenportJuniorTheatre.org.