Seasons of Love Songs: "Holiday Inn, at the Circa '21 Dinner Playhouse through July 20 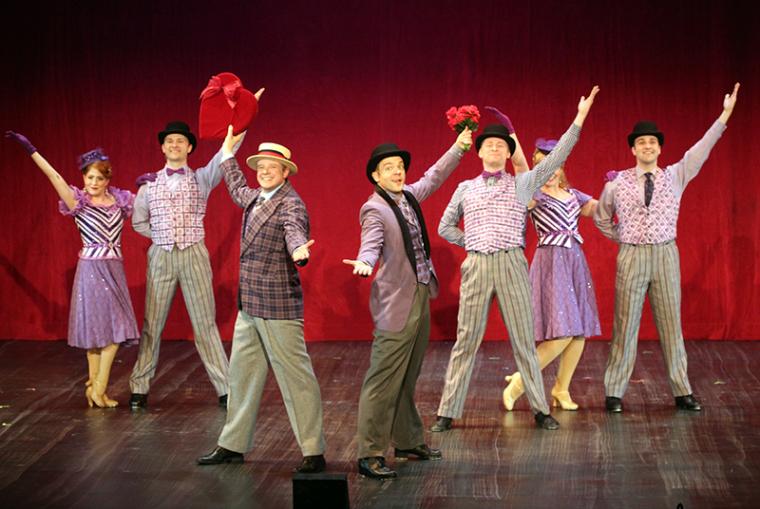 Paraphrasing from the latest presentation at the Circa '21 Dinner Playhouse, “If you need musical medication, the Holiday Inn fills the prescription." And June 7's opening night for this Irving Berlin spectacle was certainly therapeutic, delivering a fantastic, high-energy, fast-paced, never-a-dull-moment performance. With its seasoned dancers and strong vocals, you'll thoroughly enjoy this production. It does not disappoint.

Friday's show was dedicated to the talented former Bootlegger Tom Lawrence, who recently passed away. Tom, worked at Circa '21 for nearly 30 years, was also my coworker and close friend during my own performing-wait-staff days, and as the theatre's producer Dennis Hitchcock said in his opening-night announcements, "Tom had the voice of a 1940s crooner." As for the current team of Bootleggers, they put on a terrific pre-show, as usual.

Based on the Bing Crosby/Fred Astaire film, Holiday Inn delivers lively Irving Berlin songs such as “Steppin’ Out with My Baby” and “Blue Skies.” And displaying a lot of pep in his step, Tristan Tapscott, portraying the Crosby character Jim Hardy, knocked it out of the park with stellar vocals and an overall engaging performance. He definitely left it all on the stage. 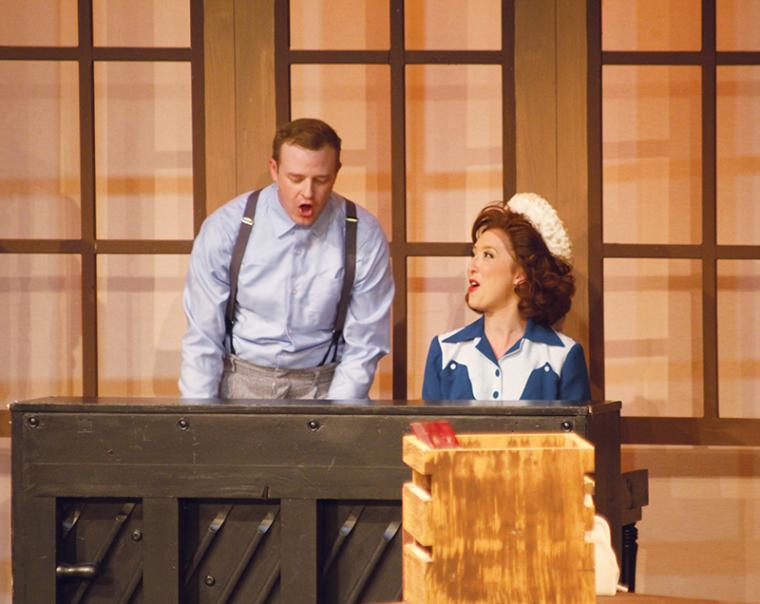 Set in August of 1946, Holiday Inn finds the song-and-dance trio of Hardy, Ted Hanover (Will Nash Broyles), and Lila Dixon (Erin Churchill) performing at a club in New York City. Jim proposes to Lila, telling her that he bought a farm in Midville, Connecticut, and wants to leave show business for a simpler life, but Lila is not so crazy about the idea. Meanwhile, Ted and his manager Danny (Tom Walljasper) book the trio for a six-week tour that Jim decides not to join, and Ted and Lila proceed with the tour as a duo. Jim consequently meets Linda Mason (Brooke Myers), an aspiring performer-turned-schoolteacher who previously lived on the newly bought farm, and the pair strike up a romance. Linda then introduces Jim to Louise Badger (Morgan Dayley), a spunky, overly enthusiastic farmhand, and together they come up with a plan to launch holiday productions at the inn.

Dayley’s tall stature certainly made her stand out, but her acting chops made an even bigger impression on me – she was obnoxiously funny and commanded the stage during every moment of her performance. Myers and Tapscott exquisitely blended their voices to create beautiful harmonies as they gazed into each other’s eyes. Stepping into a very adult-like role, young Julian Anderson lacked no confidence in his portrayal of Charlie Winslow, a local boy who represents the bank that's trying to collect a bill for back taxes. Winslow was adorable as he cruised around on a scooter delivering the news that Jim was in the red. And although Walljasper’s role as Ted’s high-strung manager Danny was small, he once again brought his unique, personal, always-entertaining flair for character work.

The entire Holiday Inn ensemble danced their hearts out, and at one point near the end of the first act, in the “Shaking the Blues Away” number choreographed by director Shane Hall, the cast even tap-danced while jumping rope. Another favorite dance number came during the Independence Day sequence, as Broyles threw imaginary firecrackers as he simultaneously tap-danced in circles. But really, with its music direction by Ron May and sound design by Bret Churchill, the entire show was captivating. 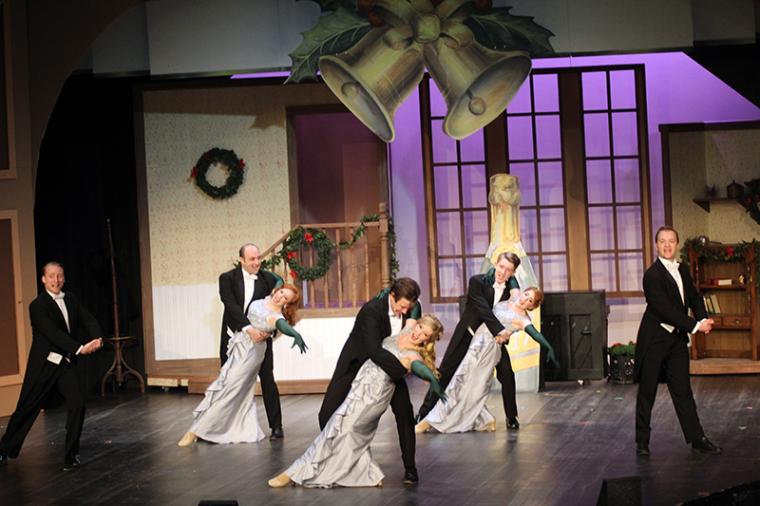 The scenic artistry by Jeff Weber and Morgan Griffin was very pleasing to the eye while being sweetly simple, consisting of items such as a gigantic champagne bottle and oversized silver bells with holly that dangled from the set. Alex Hanna's lighting design also complemented the stage with a glowing, warm effect that made the farm look truly inviting. And the costume designs by Gregory Hiatt were extravagant and smart, with the women decked out in colorful and intricate bonnets with full flower foliage during the “Easter Parade” sequence. All of Hiatt's costumes, though, were topnotch, with great fits and looks that reflected the 1940s.

Holiday Inn kept my attention the entire time because it moved from scene to scene quite quickly and nothing seemed to drag at all – which, for a musical, was quite refreshing. Once again, I found myself in awe of the Circa '21 Dinner Playhouse and the high level of talent that it brings to the Quad Cities.

Holiday Inn runs at the Circa '21 Dinner Playhouse (1828 Third Avenue, Rock Island) through July 20, and more information and tickets are available by calling (309)786-7733 extension 2 or visiting Circa21.com.