“One Flew Over the Cuckoo's Nest,” October 3 through 13 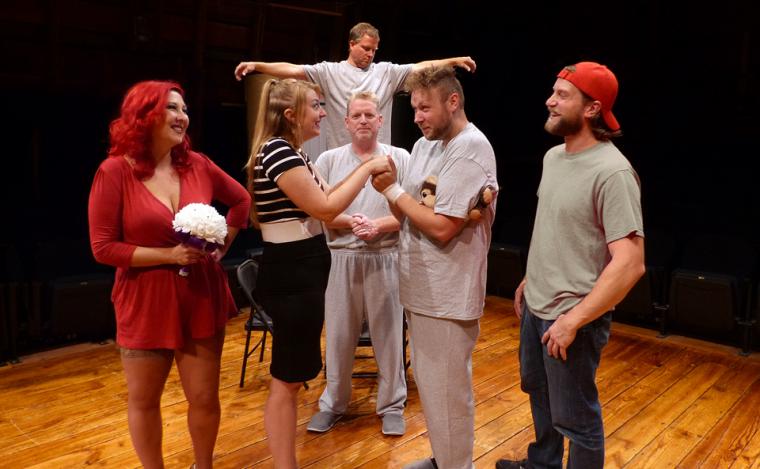 Based on novelist Ken Kesey's counterculture classic that inspired the legendary, Oscar-winning film starring Jack Nicholson, the exhilarating drama One Flew Over the Cuckoo's Nest enjoys an October 3 through 13 run at Geneseo's Richmond Hill Barn Theatre, a stage work described by the New York Daily News as “funny, touching, and exciting,” and one that WNYC Radio said “transforms the audience into one wild cheering section.”

With its 1963 Broadway debut a critically acclaimed hit for Kirk Douglas and Gene Wilder, playwright Dale Wasserman's One Flew Over the Cuckoo's Nest tells of rebellious rogue Randle Patrick McMurphy, who contrives reassignment from a prison farm to an airy mental institution to serve out a short penal sentence. This, he learns, may have been an error, as McMurphy quickly meets his match in the passive-aggressive disciplinarian despot Nurse Ratched, who oversees the psychiatric ward with a tight rein and hard line. While McMurphy tries to liberate the hospital inmates with basketball games, TV, partying, and even women, the uncompromising Ratched squeezes her iron fist, and their battle of wills influences the ward’s patients to start thinking for themselves. Jack Nicholson and co-star Louise Fletcher won Best Actor and Actress Oscars for the 1975 film version of Cuckoo's Nest – a box-office smash that also won Academy Awards for Best Picture, Director, and Screenplay – and in 2001, Wasserman's play was revived on Broadway in a Tony-winning production starring Steppenwolf Theatre co-founder Gary Sinise.

One Flew Over the Cuckoo's Nest runs at the Richmond Hill Barn Theatre October 3 through 13, with performances Thursdays through Saturdays at 7:30 p.m. and Sundays at 3 p.m. Admission is $12, and more information and tickets are available by calling (309)944-2244 or visiting RHPlayers.com.