Ode to Joy: “Marie & Rosetta,” at the Playcrafters Barn Theatre through April 14 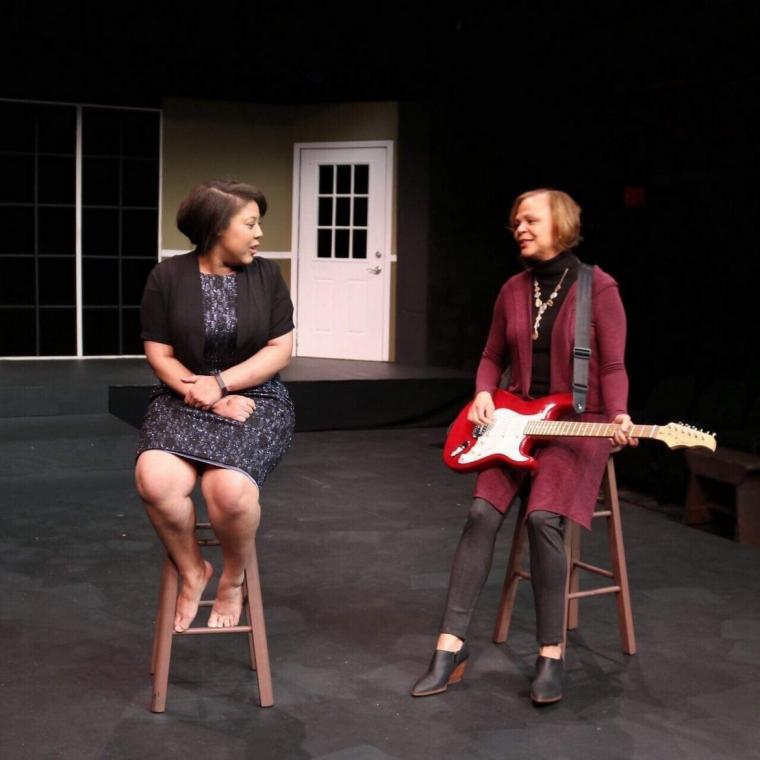 Chelsea Ward and Teresa A. Moore in Marie & Rosetta (photo by Jesse Mohr)

I had the pleasure of attending Wednesday night's rehearsal of Marie & Rosetta at Moline's Playcrafters Barn Theatre, and it was so refreshing to experience a true gospel music production. Even with a total of two characters – Sister Rosetta Tharpe (Teresa A. Moore) and her reserved protégé Marie Knight (Chelsea Ward) – I found myself tapping my foot and singing along to spiritual songs that included “This Train” and “Were You There When They Crucified My Lord.” Moore’s soulful delivery of each and every song was truly inspirational, and Ward proved equally talented with her singing chops and outstanding acting ability. I’ll admit the show brought tears to my eyes as I was personally ministered to by these lovely ladies.

Written by George Brant, Marie & Rosetta is set in the parlor of a Black funeral home in Mississippi in 1946 and revolves around the African-American Rosetta, a celebrated gospel and R&B singer/guitarist who is considered an influential figure in the birth of rock 'n' roll. Marie and Rosetta are rehearsing for the first time together, with two coffins (compliments of AJ Evans and the Factory of Fear) situated toward the back of the stage, while they discuss life and the complications of the stringent rules and judgments of the Christian church regarding how, when, and where gospel music can be performed.

Rosetta is no stranger to the nightclubs, and has been ridiculed by some for participating in this kind of worldly music, but insists that Jesus himself would have frequented the bars to reach the sinners. She played tunes that were infused with both stirring gospel and the power of rhythm and blues. Moore appeared to play a bright-red electric guitar during the play and Ward a piano, and I particularly enjoyed the show's underlying theme that implies God is not mad at us, but rather looking down over us with joy. 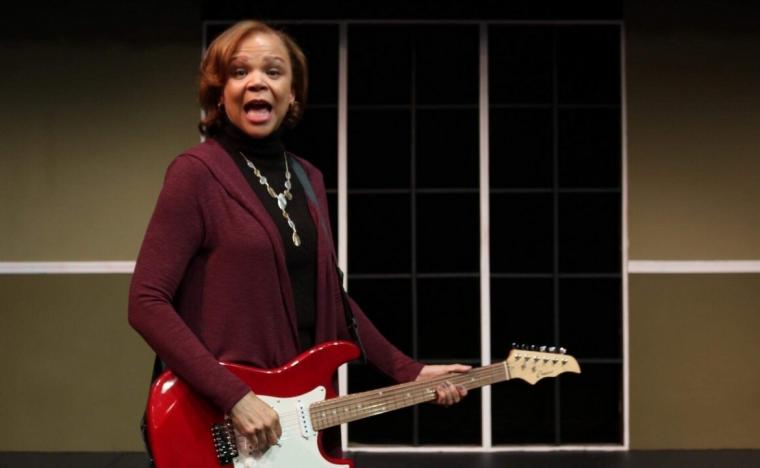 Marie & Rosetta ran just a little over an hour in length with no intermission, and the two actresses did a fine job putting both an enjoyable and inspirational performance together, even though, technically, the night I attended was still a dress rehearsal. And after the bad day I had in my own personal life, I was actually very touched by the production's subjects of grace and forgiveness even when we make mistakes. Oftentimes in life we are victimized and mistreated, and this show reminded me that we must listen to the voice of truth that assures us that we are loved and accepted by the Almighty no matter how people treat us.

Rosetta was presented as a very strong lady who stuck to her convictions by teaching Marie that it was okay to swim upstream and fight the powers that be – and in this case, she was up against the system of organized religion. She also set the pace for her era as described in this quote from director Gaye Shannon Burnett’s program notes: “What the music world knows as rock 'n' roll did not exist before Sister Rosetta Tharpe. She came before Elvis and Johnny Cash, and she preceded Chuck Berry and Little Richard. Every single one of those men, and others – including Jimi Hendrix – credited her signature style: a blend of blues, jazz, and gospel, as a new sound with more grit and edge than anything that had ever been heard before.” 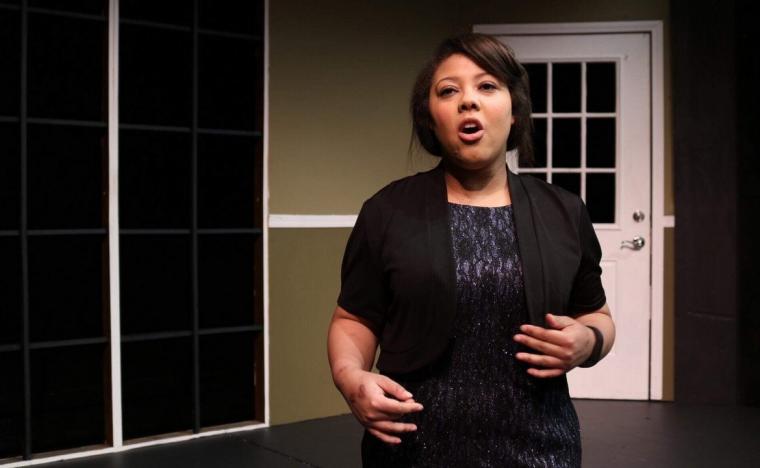 Music director and stage manager Randy A. Moore did an outstanding job with the arrangements and score. You would not have guessed, for the most part, that there were offstage musicians (with Eric Newton on piano and Gregory Kerr on guitar) because it truly seemed like the actresses were actually playing their instruments on stage. There was also a beautiful Black Jesus portrait that was supplied by Rev. Kimberly Callaway Thompson and Rev. Darrell Thompson, as well as a Black Jesus crucifix provided by Brenda Hannah. Other set design inclusions included an original poinsettia painting from Gwen Patton of Seven Orchids Gallery & Studio and pieces credited to Nathaniel Lawrence of Polyrhythms' Third Sunday Jazz program.

Playcrafters' gospel presentation Marie & Rosetta is one show you surely don’t want to miss. Referring again to director Burnett’s program notes: “It exemplifies the power of two extraordinary Black women who embark on a tour to establish themselves as one of the great duos in musical history.”