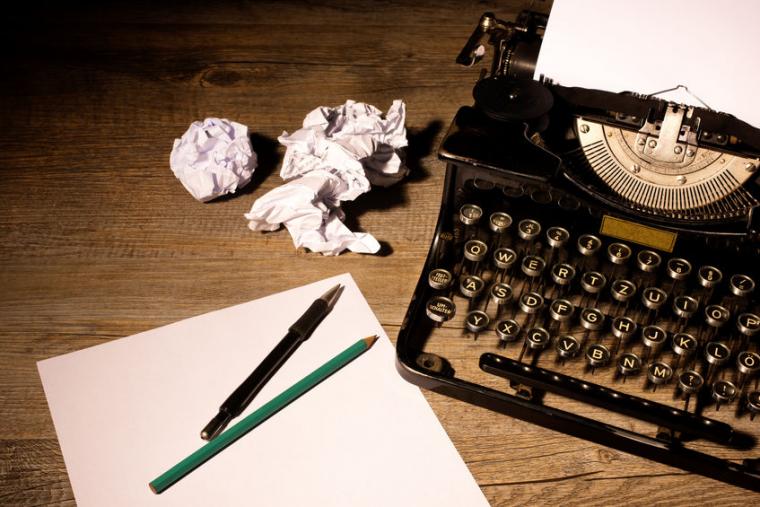 A quintet of debuting short plays will serve as the final new presentations on the Quad Cities' 2019 theatrical calendar, with New Ground Theatre's Playwrights' Festival, from December 20 through 22, treating audiences to five holiday-themed works written, directed, and performed by area talents.

Written by Michael Carron (Falstaff in the Prenzie Players' November production of The Merry Wives of Windsor) and directed by Alaina Pascarella (who helmed this summer's Genesius Guild presentation of Hamlet and last year's Prenzie staging of Henry VIII: All Is True), There Goes the Neighborhood explores the birth of Jesus through the eyes of manger animals: a lamb played by Kelly Sidran, an ox played by Reader theatre reviewer Pamela Briggs, a donkey played by Bryan Woods (Genesius Guild's The Merchant of Venice), and a dog played by Mike Miller (Playcrafters Barn Theatre's The Crucible). An extended monologue about the trials and tribulations of one jolly old elf, Santa Claus, My Ass stars Steve Marriott (Playcrafters' Miracle on 34th Street) as Kris Kringle, and has been written by Don Faust (the Black Box Theatre's The Man with Bogart's Face) and directed by Jacque Cohoon (who also helmed New Ground's summer presentation A Dog's House).

The other three works featured in the New Ground Theatre Playwrights' Festival, meanwhile, are both written and directed by their authors. The latest play by William Pepper, who has seen his works previously produced in local-playwright festivals by New Ground Theatre and Augustana College, the staged reading of Election Night, Holy Night asks the seasonal question: “Will Santa Claus be able to best Krampus in this Christmas Eve election?” Featured in the cast are Todd Bankhead, Scot Gerhret (a castmate in New Ground's recent American La Ronde and the Prenzie Players' The Revenger's Tragedy), and Kitty Israel (The Merry Wives of Windsor and the QC Theatre Workshop's A Doll's House, Part 2. The seasonal presentation A Hillstown Miracle is written and directed by Michael Callahan, whose credits this past year included appearing in Opera Quad Cities' The Pirates of Penzance and co-writing the world premiere Aaron Power!, and boasts a cast composed of Emmalee Hilburn (the Black Box Theatre's Assassins), Anthony Leiter (The Pirates of Penzance), and Susan Perrin-Sallak (Genesius Guild's The Bacchae). And the comedic Goat-Punching Mary, directed and authored by New Ground's Founding Artistic Director Chris Jansen, considers a hypothetical “Will you have my baby?” conversation between Mary and God, featuring Vickie Underwood (American La Ronde) as the former and Matt Moody (the Prenzie Players' Macbeth) as the latter.

Admission to the December 20 through 22 New Ground Theatre Playwrights' Festival is $8-10 on Saturday at 7:30 p.m. and Sunday at 2 p.m., and free for Friday's 7:30 p.m. presentation, which will also start with a 6 p.m. open house featuring complimentary holiday treats and discounted drinks at the cash bar. For more information on the night, call (563)326-7529 or visit Facebook.com/newgroundtheatre.