The Prenzie Players' “The Merry Wives of Windsor,” November 15 through 23 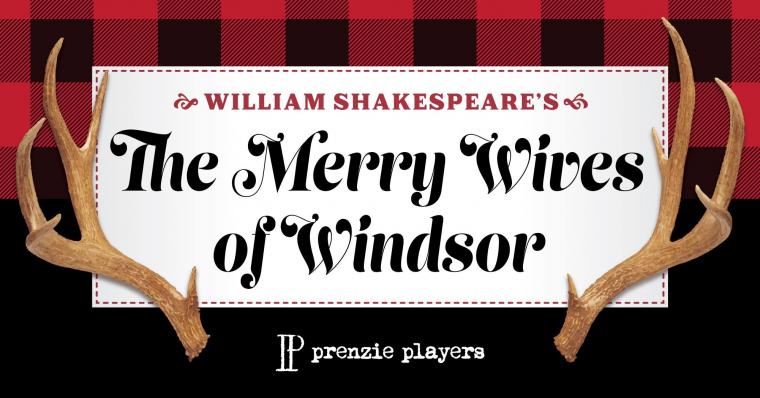 The Prenzie Players' "The Merry Wives of Windsor" at the QC Theatre Workshop -- November 15 through 23.

A showcase for the beloved Shakespearean figure Falstaff – the jovial, scheming, soliloquizing knight previously featured in Henry VI Parts I and II – the uproarious comedy The Merry Wives of Windsor serves as the latest presentation by classical-theatre troupe the Prenzie Players, its November 15 through 23 run at Davenport's QC Theatre Workshop boasting many familiar area talents in what Broadway World deemed “the most purely farcical of all of [Shakespeare's] works.”

At the start of this Bard comedy first published in 1602, Falstaff arrives in Windsor very short on money. In order to obtain financial advantage, he decides that he will court two wealthy married women, Mistress Ford and Mistress Page, and send the women identical love letters, which he asks to be delivered by his faithful servants Pistol and Nym. When they refuse, however, Falstaff fires them, and, in revenge, the men tell Ford's and Page's husbands of Falstaff's intentions. Meanwhile, three different men try to win the hand of daughter Anne Page, a doctor challenges a parson to a duel, and when the titular Merry Wives eventually do receive their love letters from the foolish Falstaff, they decide, for their own amusement, to pretend to respond to his advances. This all results in great embarrassment for the knight … and, as the plot's intricacies fall into place, great joy for audiences.

The Merry Wives of Windsor runs at the QC Theatre Workshop November 15 through 23 with performances at 8 p.m. Thursday through Saturday and 3 p.m. on Sunday, Admission is “Pay What It's Worth” ticket pricing, and more information and reservations are available by visiting PrenziePlayers.com.