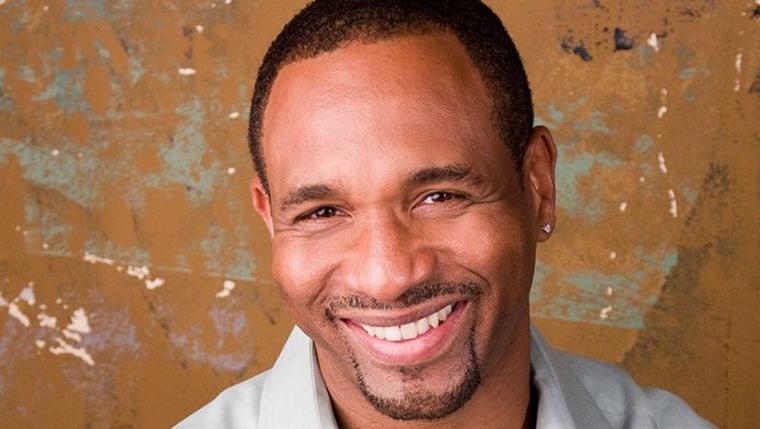 Lauded by Variety magazine as “an actor gifted not only with exceptional range and depth, but with clear-eyed passion and intelligence,” nationally touring actor, singer, musician, and historic interpreter Darryl Van Leer serves as the latest guest in the University of Dubuque's Live(stream) with Heritage Center series, offering a preview of his stage performance The Norm of Greatness: A Tribute to Dr. Martin Luther King Jr. and sharing insights about the art and tributes he creates.

Born in Madisonville, Kentucky, Van Leer is a graduate of Western Kentucky University with a bachelor’s degree in graphic communications. He has preformed at over 300 universities in America and has been honored with awards from NACA (National Association for Campus Activities) and Campus Activities Today, and also received a nomination for “Best Performance” from Hollywood’s NAACP Image Awards. At present, Van Leer has been captivating audiences for over two decades with his one-man dramatizations that he writes, directs, and produces, and in October of 2014, the artist toured seven cities in England and Wales.

As a film and television actor, Van Leer portrayed a tough-love father in the Nickelodeon movie First Time, the story of Jackie Robinson, and the father in Aaron Spelling’s Safe Harbor, a series co-starring Gregory Harrison. Other television series in which Van Leer has co-starred include One Tree Hill and Sheena, and he has been featured in HBO's original movies The Second Civil War and Up Against the Wall, as well as Fox’s Steel Chariots and NBC’s Witness to the Execution.

Meanwhile, for the stage, Van Leer has portrayed Ray Charles, Elton John, Little Richard, and other musical legends in his one-man production Rubycat Lawson’s Roadhouse Lounge, and his original presentation Power on Earth finds the artist paying tribute to some of the greatest legends and leaders of the 19th and 20th centuries, among them Dr. Martin Luther King, Jr., Thurgood Marshall, Frederick Douglass, and Malcolm X. For this production, the Los Angeles Sentinel raved, “Van Leer puts all of himself into his art,” and Variety added, “Nothing can prepare one for the power and emotionality that Van Leer delivers.”

Live(stream) with Heritage Center: Darryl Van Leer will be viewable through @UDBQMedia on YouTube, with the presentation starting at 7:30 p.m. on November 19. The event is free, though donations are greatly appreciated, and more information is available by calling (563)589-3432 or visiting Dbq.edu/HeritageCenter.