“Elf: The Musical,” November 6 through December 29 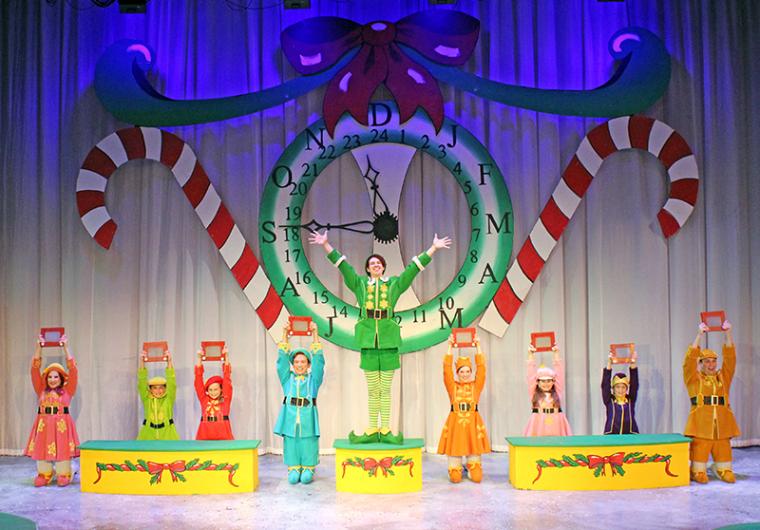 Called “hilarious and heartwarming” by the Chicago Tribune and praised for its “bright comic zest” and “swinging music” by the New York Times, the musical adaptation Elf: The Musical – based on the 2003 screen comedy starring Will Ferrell – returns to the Circa '21 Dinner Playhouse for a November 6 through December 29 engagement, treating patrons top a holiday tale that Broadway World called an “upbeat, oddball, and tuneful concoction.”

A seasonal smash for the Rock Island dinner theatre in 2017, Elf: The Musical centers on William “Buddy” Hobbs, a young orphan who mistakenly crawls into Santa’s bag of toys and is transported back to the North Pole. Years later, the fully grown Buddy finds out that he's an ordinary human being, not the elf he thought he was, and heads off to New York City in search of his father. Although Buddy does find the man, he also finds that Walter doesn't believe in the spirit of Christmas, nor do many other New Yorkers – which proves to be a problem, considering that Santa's sleigh is powered by people's love for the holiday. Faced with the harsh realities that his father is on the naughty list and his half-brother Michael doesn't even believe in Santa, Buddy is determined to win over his new family and friends in this modern-day holiday classic sure to make everyone embrace their inner elf.

In addition to its preview performances on November 6 and 7, Elf: The Musical will be performed November 8 through December 29 with performances on Fridays, Saturdays, and Wednesdays at 7:45 p.m.; Sundays at 5:45 p.m.; and Wednesday afternoons at 1:30 p.m. All shows will be preceded by meals and pre-show entertainment by the theatre's performing wait staff of Circa '21 Bootleggers, and more information and tickets are available by calling (309)786-7733 extension 2 or visiting Circa21.com.