“A Doublewide, Texas Christmas,” November 7 through 17 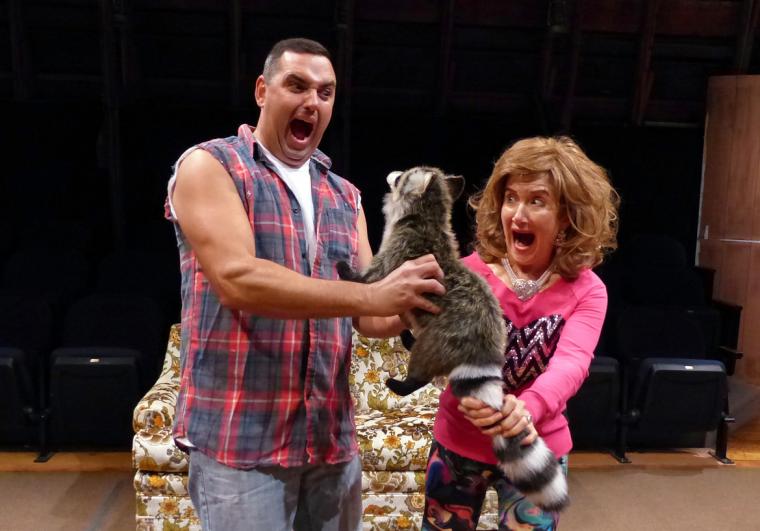 Nathan Johnson and Diane Greenwood in "A Doublewide, Texas Christmas" at the Richmond Hill Barn Theatre -- November 7 through 17.

A holiday-themed sequel to the venue's slapstick smash from 2017, A Doublewide, Texas Christmas serves as a season-ending presentation at Geneseo's Richmond Hill Barn Theatre, with the comedy's November 7 through 17 run sure to demonstrate why Theatre Mirror proclaimed, “If you want to spend two hours suspending belief, forgetting your troubles, and just laughing at the silliness, this is the show for you.”

Written by the popular playwriting trio of Jessie Jones, Nicholas Hope, and Jamie Wooten, the authors of such beloved stage comedies as The Dixie Swim Club, Mama Won't Fly, and Always a Bridesmaid, this follow-up to Doublewide, Texas takes place during the holidays in the newest, and tiniest, town in Texas – and it’s beginning to look a lot like trouble in Doublewide. Not only are the trailer-park residents dealing with the stress of the holiday season, but they’ve just discovered that Doublewide is being doubled-crossed by the county. With their official incorporation papers in jeopardy, our eccentric Texans throw themselves into taking on the “big guys,” and determined to bolster their town's legitimacy, they first set their sights on the county-wide “Battle of the Mangers” competition. As our heroes conspire to win this smackdown with their “Nativity at The Alamo” entry, and by any means possible, A Doublewide, Texas Christmas also finds Mayor Joveeta Crumpler forced to wrangle her celebrity-obsessed mother, her demoralized best friend who’s dating every loser this side of the Rio Grande, and her beleaguered brother who’s being bullied ... by a pack of vengeful raccoons.

A Doublewide, Texas Christmas runs at the Richmond Hill Barn Theatre November 7 through 17, with performances Thursdays through Saturdays at 7:30 p.m. and Sundays at 3 p.m. Admission is $12, and more information and tickets are available by calling (309)944-2244 or visiting RHPlayers.com.