Bolder and Miser: “Mr. Scrooge! A Musical Christmas Carol,” at the Circa '21 Dinner Playhouse through December 28 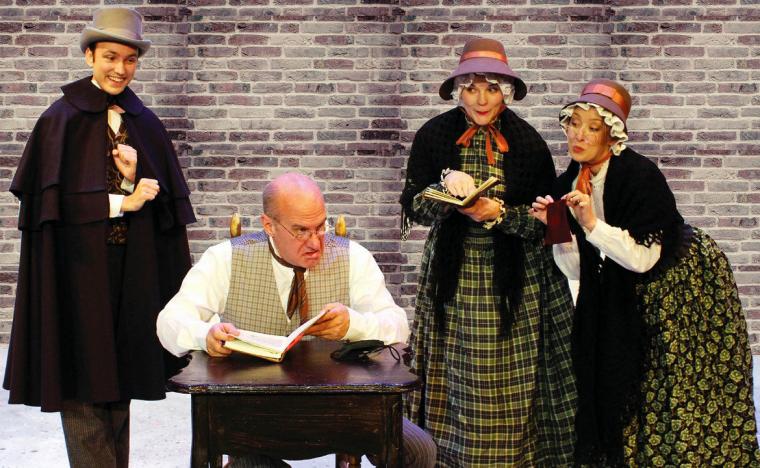 You don’t want to be late for the Circa '21 Dinner Playhouse's latest presentation Mr. Scrooge! A Musical Christmas Carol. About 15 minutes before the November 30 performance, actor Brad Hauskins appeared, clanging a bell and wandering about the house announcing that the show would begin shortly. With his proclamation, the production's merry band of actors appeared in a flurry of revelry – some delegated to bring props and costume pieces on stage, others to interact with young audience members through amusing games and activities – and immediately lifted the audience energy from unremarkable to “Wow!”

In director Tom Walljasper’s Mr. Scrooge, his 12 performers, all of whom multitask instead of playing specific roles – and are therefore listed in the program simply as Actors #1 through 12 – are exuberant and, on Saturday, seemed genuinely excited about this adaptation of Charles Dickens’ classic tale in which miserly Ebenezer Scrooge (Hauskins) is visited by ghosts and spirits on Christmas Eve in order to be transformed into a kinder person.

Much of this production’s family-friendly humor comes from the fact the actors often speak in sync, and with complete awareness that they’re living within the world of a play. There are a lot of stage directions spoken aloud and some sound-and-light cues are even called from stage. My favorite example of this came when the cast mingled about the stage saying, “General hubbub! Watermelon!” – stock words that stage actors often say quietly when pretending to chatter as background characters in crowd scenes. 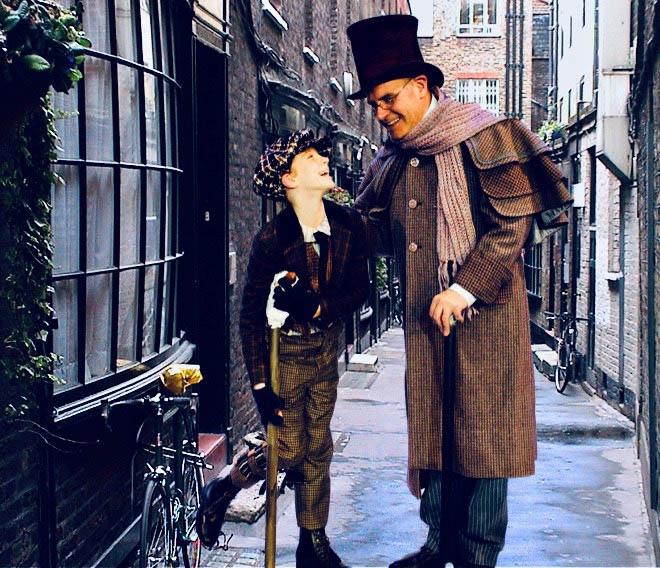 Occasionally, the cast also becomes the set. Toward the beginning of the performance, when Bob Crachit (Tristan Tapscott) and Scrooge are working in their office, the rest of the cast serves as both the paintings on the wall and the door frame, a bit that plays out as wonderfully comedic. Walljasper’s presentation doesn’t take itself too seriously, which is a refreshing change from the generally more serious and somber Scrooge options available this time of year, and this delightful take on a familiar favorite is a treat for audiences of all ages.

Gregory Hiatt’s beautiful costumes accented the fun. Did one gentleman’s vest look as though it was made from an old couch? Maybe. But were the many Victorian-era dresses, rags, and aprons spot-on for scene-setting and establishing characters? Absolutely. The Ghost of Christmas Past’s costume was especially fine, with its range of light creams and whites that glimmered and its mask that seemed friendly. As Scrooge’s past was light and cheery before he turned full-on obsessive about every shilling he acquired, the Ghost of Christmas Past’s costume reflected that upbeat feeling of delight, and Kendall McKasson’s excellent lighting design truly amplified the gorgeousness of Hiatt’s costumes.

One should never underestimate the popularity of bubbles, and Walljasper clearly has not, given that the Ghost of Christmas Present sports a magical cup full of the milk of human kindness, which is fancy enough. But add the cup’s awesome lighting effects and ability to spout bubbles through the audience and the crowd’s clearly favorite prop could have had its own line in the program as Actor #13.

Other aspects of Mr. Scrooge that worked enormously well were the videos and animations projected on the stage backdrop courtesy of Bret Churchill. The great use of this screen began with some magical pre-show moments and continued to benefit the production throughout the whole performance. Although the video of Tiny Tim rushing into his parents’ arms in Vander Veer Park was slightly more cheesy than heartfelt, having Jacob Marley appear only on video minimized the potential creepiness of the character’s typical moaning and clanking chains. 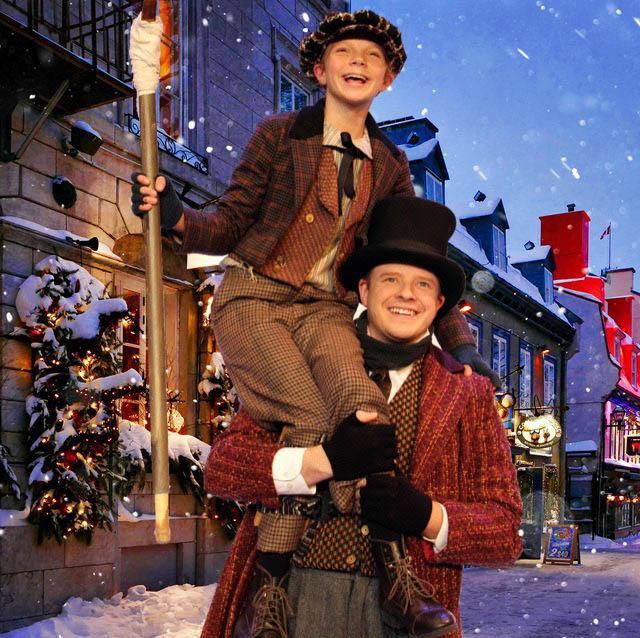 Only the Ghost of Christmas Past inched a bit toward scary, and Walljasper made the wise decision to keep the creep factor far away from the kids in the audience by having him surf on Scrooge's canopy bed on wheels. The bed spun around the stage courtesy of apparitions in flowy garb who made this display of daring look especially grand and helped this otherwise eerie ghost seem almost playful.

The yet-unnamed ensemble of Jacob Clanton, Sam Forgie, Miranda Sloan, Sarah Hayes, Syndey Dexter, Michah Bernas, Hailie Shemek, Brooke Myers, and Chole Knobloch are highly deserving of praise for their commitment to the show’s fun spirit, as well as for beautifully executing Walljasper’s choreography. From portraying a chorus of townspeople to the members of the Crachit family, this group did it all, and without being credited for their individual roles. Music director Shelley Walljasper, meanwhile, had them all singing loudly and proudly. While the Mr. Scrooge songs may be a tad forgettable, the overarching message of good cheer is one I can’t forget.

Circa '21 has well upheld their annual holiday-show tradition, and, if Saturday’s performance was any indication, this season’s production will delight many families as they share the original story’s lesson of how to live life to the fullest without regrets. Don’t live with your own regrets by not sharing in the magic that is Mr. Scrooge! A Musical Christmas Carol.

Mr. Scrooge! A Musical Christmas Carol runs at the Circa '21 Dinner Playhouse (1828 Third Avenue, Rock Island) through December 28, and more information and tickets are available by calling (309)786-7733 extension 2 or visiting Circa21.com.