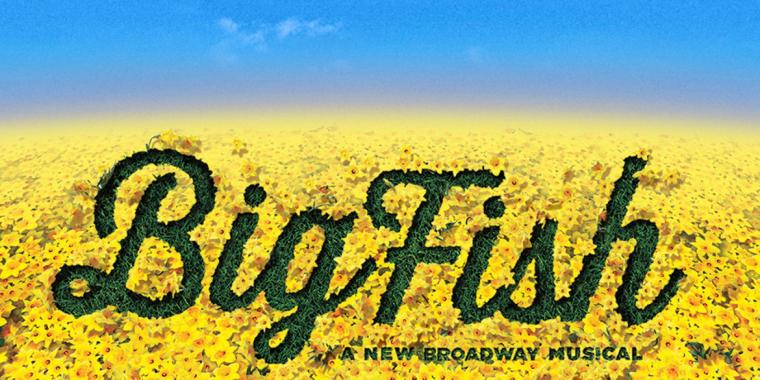 Described by the Chicago Tribune as “earnest, family-friendly, and heartwarming” and by Variety magazine as “meaningful, emotional, tasteful, theatrically imaginative, and engaging,” Broadway's Big Fish opens St. Ambrose University's 2019-20 season of mainstage productions, its October 4 through 6 run sure to demonstrate why Variety called the work “a show that speaks to anyone pining for a studiously heartwarming musical.”

Based on the 1998 Daniel Wallace novel Big Fish: A Novel of Mythic Proportions and the 2003 Tim Burton movie starring Ewan McGregor, Big Fish tells the tale of Edward Bloom, a traveling salesman who has always lived life to its fullest … and then some. Edward’s incredible, larger-than-life stories thrill everyone around him, most especially his devoted wife Sandra. But their son Will, who's engaged to the lovely Josephine and is about to have a child of his own, is determined to find the truth behind his father’s unbelievable tall tales of witches, giants, elephants, and mermaids. With music and lyrics by Tony Award nominee Andrew Lippa and a book by Hollywood screenwriter and Grammy nominee John August, Big Fish is an epically scaled musical designed to remind audiences why they love going to the theatre for experiences that are frequently richer, funnier, and bigger than life itself.

Big Fish will be staged October 4 through 6 at St. Ambrose University's Galvin Fine Arts Center, with performances Friday and Saturday at 7:30 p.m. and Sunday at 3 p.m. Admission is $10-15, and more information and tickets are available by calling (563)333-6251 or visiting SAU.edu.