“The Best of the Bootleggers,” August 1 through 29 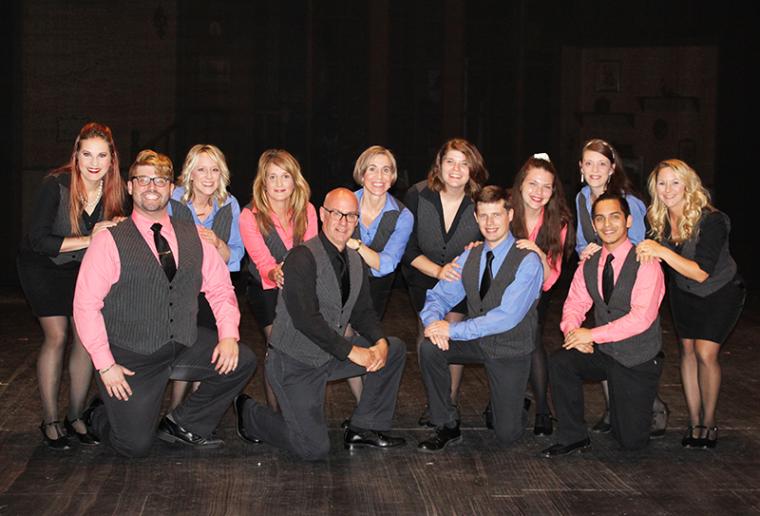 Though they traditionally deliver pre-show entertainment for the Circa '21 Dinner Playhouse's mainstage productions, the theatre's wait staff of Bootleggers will be “the main course” on the five Thursdays in August when the singing and dancing servers present The Best of the Bootleggers, an August 1 through 29 revue of some of the gifted performers' most memorable pre-show performances from Circa '21's 42 seasons.

Since Circa '21's very first opening night on June 11, 1977, the Bootleggers' pre-show has gone on to become the longest-running show in the Quad Cities, and has been the opening act for every mainstage production at the Rock Island theatre, as well as a showcase for countless performers who began their professional careers as Bootleggers. Filled with the songs, dances, comedy, and charm its performers are known for, the August productions of The Best of the Bootleggers will feature the theatre's current Bootlegger staff – plus a couple of returning favorites – re-enacting some of audiences' favorite pre-shows throughout the years. Among them are the very first pre-show that opened Circa '21's inaugural production of I Do, I Do back in 1977, but this full length musical revue will also recreate the preshows that accompanied such big Circa '21 hits as Sister Act, Menopause: The Musical, Joseph & the Amazing Technicolor Dreamcoat, Ring of Fire, and last year's smash Mamma Mia!

A delightful song-and-dance trip down memory lane, The Best of the Bootleggers has been created by longtime Bootlegger Brad Hauskins (a veteran of the theatre since 1987) and former Bootlegger Laura Miller-Hammes, with Hauskins also directing and both talents returning to the stage for the August presentations. Hauskins and Miller-Hammes will perform alongside fellow Bootleggers Micah Bernas, Derrick Bertram, Sydney Dexter, Jennifer Diab, Kelsi Ford, Nicholas Munson, Sara Nicks-Daggett, and Kirsten Sindelar, with the ensemble joined by former Bootlegger Sunshine Ramsey, well-known at the establishment for her sold-out A Night of Sunshine performances. The first all-Bootlegger production A Night on Broadway was staged in 2004, and subsequent showcases for the singing-and-dancing wait staff have included 2008's Vaudeville, 2010's 8-Track: The Sounds of the '70s, 2012's The World Goes 'Round, 2014's Blame It on the Movies, and 2017's No Business Like Show Business.