Quad City Music Guild's “The Best Christmas Pageant Ever: The Musical,” December 5 through 8 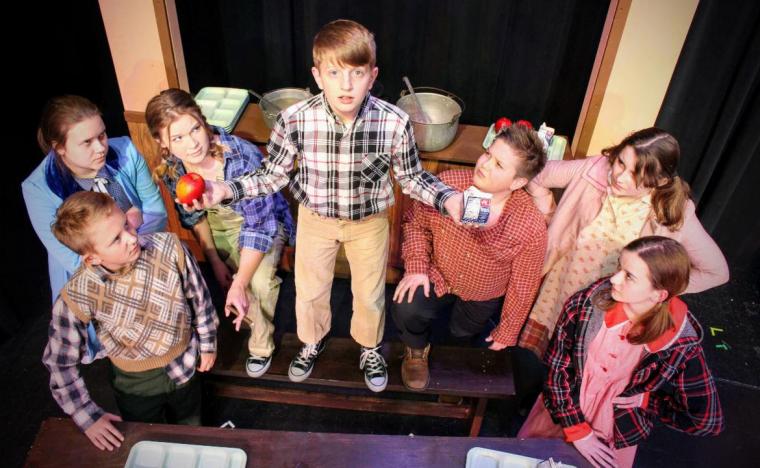 Praised by the Orlando Sentinel as “full of upbeat tunes” and a “winning addition to the holiday canon that manages to also touch the heart,” the stage adaptation The Best Chistmas Pageant Ever: The Musical serves as the final presentation in Quad City Music Guild's 2020 season, its December 5 through 8 run sure to demonstrate why the Charlotte Observer's Lawrence Toppman called it “the first play written for kids that would inspire me to buy the original cast album.”

In this take on Barbara Robinson's beloved holiday book and play, the Herdman children are considered, by their neighbors and fellow students, the worst kids in the history of the world. So when they crash Sunday school and demand parts in the Christmas pageant, the whole town panics. After all, there's not supposed to be fighting or cigar-smoking in Bethlehem, and while these kids have never even heard the Christmas story, they definitely have rewrites. Soon everyone from the terrified pint-sized shepherds to the furious church ladies is calling for first-time director Grace Bradley to fire the Herdmans. It's consequently up to Grace and the Reverend Hopkins to help their community see the Christmas story – and the Herdman kids – through new eyes in this buoyant musical adaptation of Robinson's funny and touching holiday classic. Silent night? Not a chance. But sometimes a little joyful noise is just right for Christmas.

Quad City Music Guild will stage The Best Christmas Pageant Ever: The Musical at Moline's Prospect Park Auditorium December 5 through 8, with performances Thursday through Saturday at 7:30 p.m. and Sunday at 2 p.m. Admission is $11-16, and more information and tickets are available by calling (309)762-6610 or visiting QCMusicGuild.com.