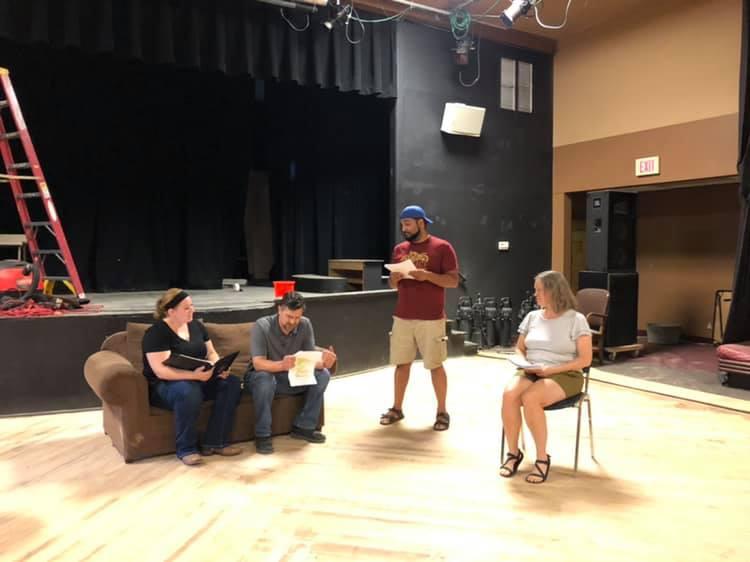 Praised by the Los Angeles Times for its “hip, snappy dialogue and contemporary sensibilities,” as well as being an “engaging play [that] explores the reality checks that force lovers to look past their romantic illusions,” Micah Schraft's A Dog's House enjoys a New Ground Theatre staging August 9 through 18, with Broadway World lauding the author's “witty, intelligent, entertainingly thought-provoking script.”

On the surface, A Dog's House's Michael and Eden are a solid pair with a bright future. When, however, their beloved Rottweiler Jock grows unexpectedly violent – killing the neighbors’ toy poodle and then taking a bite out of one of the neighbors – Michael and Eden are forced to reevaluate their beliefs, questions their assumptions, and examine some of the darker aspects of life. A Los Angeles Drama Critics Circle Award nominee, Schraft has written films and pilots for Universal, Sony, Disney, Paramount, and Fox Searchlight, and his multiple television credits include writing for Jane the Virgin, Jessica Jones, and HBO's Hung. Regarding A Dog's House, StageRaw.com declared, “Schraft's play is brilliantly crafted, kicking off with a tantalizing predicament … [and during] descent into the moral quagmire, plenty of interesting topics bubble to the sulfuric surface. A Dog's House is a powerful play by an insightful playwright that puts his characters, and us, through an extreme scenario until you cannot help but check in with your own moral compass.”

New Ground Theatre's production of A Dog's House is being directed by Jacque Cohoon, a designer for the company's recent American La Ronde and The Nether whose previous directorial credits include A Wrinkle in Time and A Number for the Playcrafters Barn Theatre. Two fellow New Ground veterans appear in Cohoon's cast: Ashley Hoskins, from The Way Out West and Opera of the Telephone at Delphi, and Jordan L. Smith, from Uncle and Water by the Spoonful. And two additional area talents complete the Dog's House ensemble in their New Ground debuts: Tabitha Oles (Playcrafters' A Wrinkle in Time) and Kyle Taylor (Genesius Guild's Hamlet).

A Dog's House runs at the Village of East Davenport's Village Theatre August 9 through 18 with 7:30 p.m. performances on Fridays and Saturdays and 3 p.m. performances on Sundays. Admission is $10-12, and more information and tickets are available by calling (563)326-7529 or visiting Facebook.com/NewGroundTheatre.