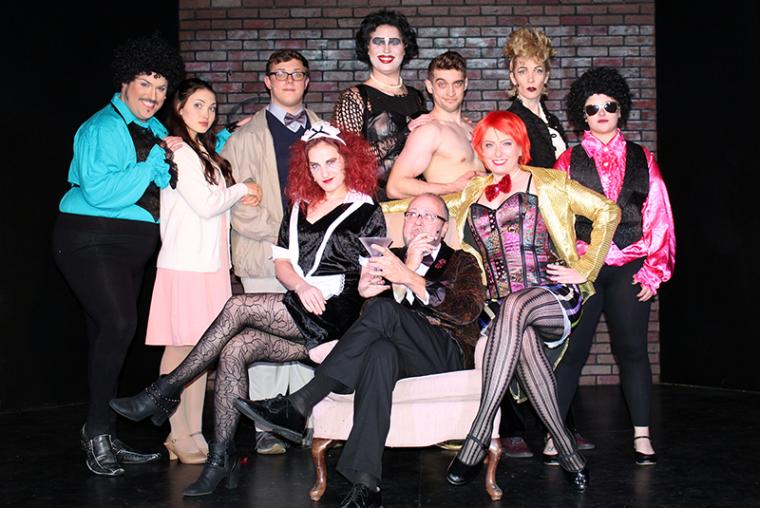 If Halloween is approaching, it must be time for that annual theatrical command: “Let's do the 'Time Warp' again!” Consequently, the Circa '21 Speakeasy will stage its fourth-annual presentation of the cult-musical smash The Rocky Horror Show from October 18 through 27, treating audiences to live performances of classic songs and, of course, prop bags to complete the nutty, interactive experience.

A humorous tribute to “B”-grade sci-fi and horror films, composer Richard O'Brien's musical finds the newly engaged Brad and Janet arriving at the home of Dr. Frank N. Furter, a sweet transvestite who's ready to unveil his new creation: an artificially made, fully grown, physically perfect muscle man who comes complete “with blond hair and a tan.” The original London production of Rocky Horror, which opened in 1973, ran for 2,960 performances and won the Evening Standard Theatre Award for Best Musical. But the material wasn't nearly as big a hit in the United States until 1975's film version The Rocky Horror Picture Show became a genuine cult phenomenon, with the stage musical subsequently enjoying national and internationally touring productions all over the world. When Rocky Horror last appeared on Broadway in 2000, its cast included Tony nominees Daphne Rubin-Vega and Raúl Esparza, Tony winners Alice Ripley and Jarrod Emick, rock legend Joan Jett, and TV icon Dick Cavett. 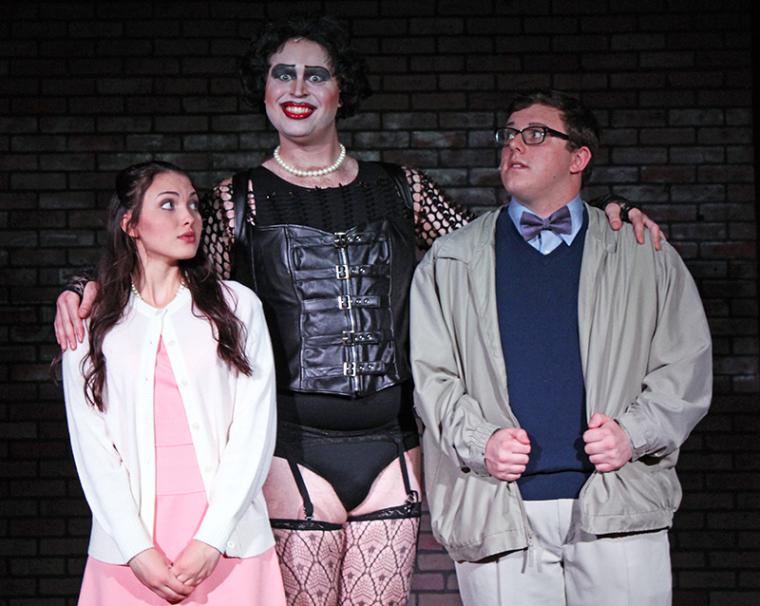 Directing Rocky Horror for the second year in a row is longtime Circa '21 Dinner Playhouse Bootlegger and actor Brad Hauskins, an on-stage presence in this year's Shear Madness and Grumpy Old Men: The Musical whose previous directorial credits for the venue include the family presentations Madagascar: A Musical Adventure and Big Nate: The Musical. Ethan Mason and Haley Teel portray the gullible young Brad and Janet, with Ian Sodawasser assuming the role of Frank N. Furter, the actor's previous area credits including leading roles in the Spotlight Theatre's Big: The Musical and A Gentleman's Guide to Love & Murder. And with Laura Hammes serving as music director, Sunshine Ramsey as choreographer, and actor Nicholas Munson as Eddie and Dr. Scott, six area performers reprise their 2018 roles as the rest of the show's iconic figures: Chase Austin (Rocky), Kelci Eaton (Phantom), Sarah Hayes (Riff Raff), Victoria House (Columbia), Doug Kutzli (Narrator), and Kirsten Sindelar (Magenta).

The Rocky Horror Show will be staged October 18 through 27 with performances on Fridays and Saturdays at 7 p.m. for ages 18 and older and 11 p.m. for ages 21 and older; an added 6 p.m. performance on Sunday, October 27 is for ages 18 and older. Admission is $20-25, with prop bags available for $3, and more information and tickets are available by calling (309)786-7733 extension 2 or visiting TheCirca21Speakeasy.com.