Candid Cameras: Davenport’s Pilot Project for Police Surveillance Raises Questions, but We Know Many of the Answers 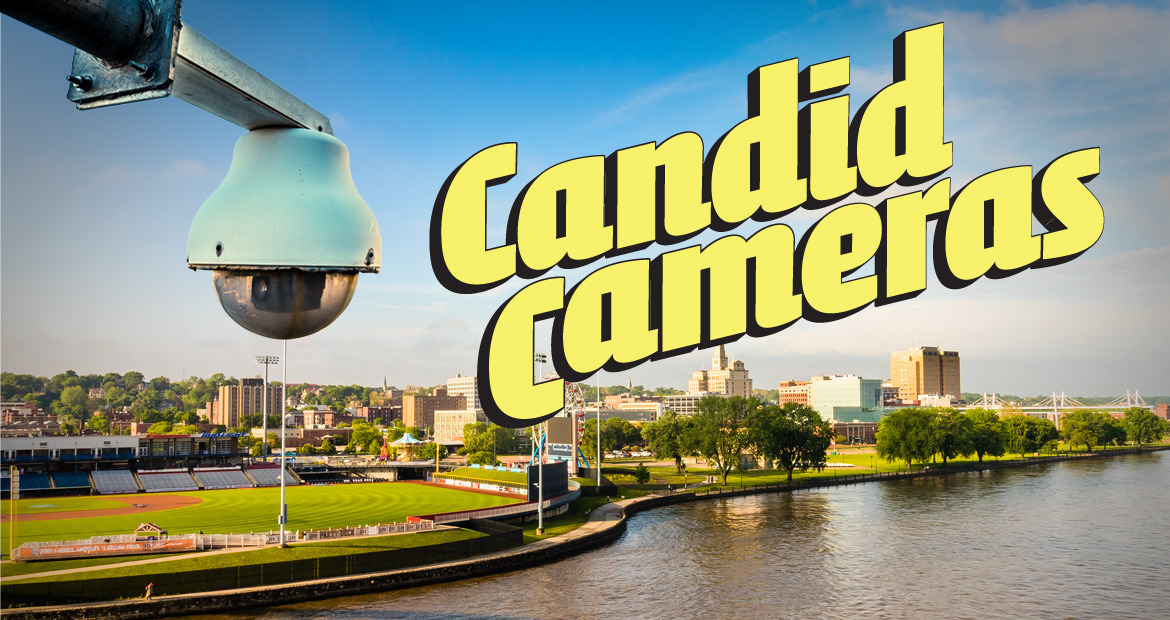 Traffic-enforcement cameras have been a common sight in Davenport for 13 years, but now the city is using new cameras for a different purpose: to help prevent and solve violent and property crimes.

Davenport in the past month has begun a pilot project with 18 cameras at four intersections on Washington Street south of Locust Street. The city purchased the cameras for nearly $54,000 as part of a larger neighborhood-revitalization program that also includes street and sidewalk improvements.

The idea is to see to what extent the cameras prevent crime, and how much they assist police in solving crimes that do occur.

But police surveillance cameras, in general, are not particularly good at deterring crime. They can be effective in certain circumstances, but not in the way Davenport is using them. In an interview promoting his 2007 lecture at the Figge Art Museum, urban planner Jeff Speck promised that his ideas would be "controversial." He explained to me that "most cities, for better or for worse, are being designed by their public-works departments, who state as the highest objective the free flow of automobiles."

Three years later, the City of Davenport is on the cusp of approving a 10-year comprehensive transportation plan called "Davenport in Motion" that draws from the philosophy Speck promotes. The shock is that it's barely controversial at all.

Park or Parking?: As the Lindsay Park Planning Process Gets Underway, Battle Lines Are Already Drawn The meeting scheduled for Tuesday, May 12, has been described as the beginning of a master-planning process for Lindsay Park, with the potential impact to spill over into the Village of East Davenport. Darrin Nordahl, of the City of Davenport's Design Center, described the process as "very long and involved" and said he envisioned meetings to the end of the year.

But for many opponents of shifting the use of some park land - largely for parking for Village businesses - the process already appears well underway.

Let's face it: For area audiences, it's easy to be psyched about Anna Boden's and Ryan Fleck's baseball drama Sugar, large portions of which were filmed locally in the summer of 2007.

The Can Can: Great River Brewery Debuts Its Beers, but Bottles Aren't on Tap If you ask brewmaster Paul Krutzfeldt about bottling his beer, prepare to be dismissed.

"Speak of that no more," he said in the "brewer's lounge" of the new Great River Brewery, near the foot of the Arsenal bridge at 332 East Second Street in Davenport.

It's not that Krutzfeldt doesn't want his brews available in stores or bar coolers. It's just that he's a fan of the can.

"Cans are where it's at," he explained. "You have less oxygen tolerances, so the beer won't go bad. No light gets in. And you have a lot more accessibility to take them places - boating, camping. They're more easily recyclable." He later cites the slogan of the Minnesota-based Surly brewery: "Beer for a glass, from a can."

This is the summary of what Krutzfeldt said is a trend in the suds industry: good beer being delivered in a container that has historically been the marker of bad beer.

He said he's not concerned about the association of cans with bland, watery, mass-produced beer. "What good beer have you had the opportunity to buy in cans?" he asked.

But the can is the wave of the future because of the protection it offers and its portability, Krutzfeldt said: "Cans are becoming king."

Although he said that he expects cans to eventually represent the bulk of his business, for the time being he's filling kegs.

Go Back to the Drawing Board with the Promise

For the sake of argument, let's say that the Promise program will be the panacea for Davenport that its backers claim it will be. People will flood into the city because they've been promised college tuition, vocational training, or (if they're in the military) a homestead grant. Enrollment in the Davenport Community School District will reverse its nearly-two-decade-long trend of decline - thus ensuring a greater amount of state education funding, which is distributed on a per-pupil basis. And the increased aggregate property value will bring new riches to city government and the school district through property taxes, thus allowing them to lower the property-tax rate.

Even if all that is true, the backers of the Davenport Promise have structured the program all wrong.

Now that the Davenport City Council has approved a March 3 referendum on the Davenport Promise proposal, one can be certain that the coalition that has been built over the past year-plus is being mobilized to demonstrate broad community support.

It will not be technically affiliated with any major community player, but it will include a lot of familiar names and faces behind the scenes. It will undoubtedly feature "real," everyday citizens, so voters won't feel like they're getting bullied by the heavy hitters. And the campaign will basically argue that there's no sensible reason to vote against the Promise, that there's no way the program could fail, and that the risk of voting the proposal down is too great.

That style of PR push was the successful approach of backers of River Renaissance in 2001. And the work in 2007 and 2008 of a Promise exploratory committee and a Promise task force has looked less like objective analysis than propaganda.

But don't mistake the marketing for unanimity.

Included here are the responses we received to our economic-growth questionnaire, which was sent to 20 representatives of local governments and economic-development organizations.