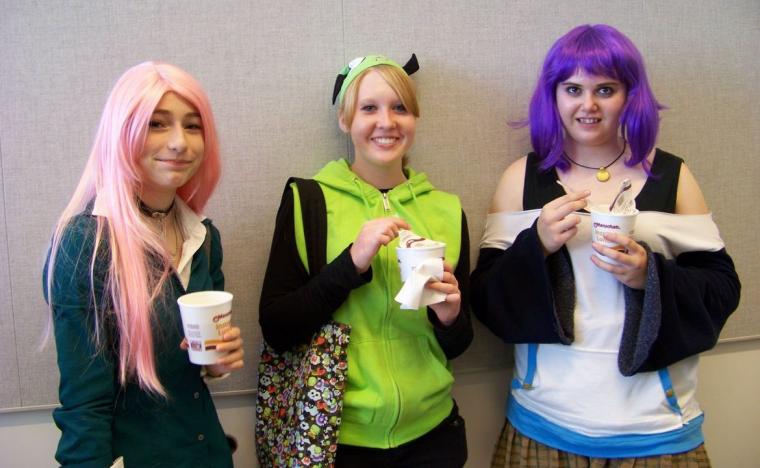 Presented by the Davenport Public Library and the Figge Art Museum

A special Zoom party hosted by the Davenport Public Library, the Figge Art Museum, and special guest “JAPANNA” Anna Ito, the November 211 Virtual Teen Anime Day will allow ages 11 to 19 to celebrate their love of the art through a live party featuring a trivia contest with prizes, greeting-card-making activities on Japanese calligraphy and creative-Zen meditation, group drawing activities, demonstrations, and much more.

A style of hand-drawn and computer animation originating in Japan, anime – a term derived from the English word “animation” – is also employed in Japanese to describe all animation regardless of style or origin. With the earliest commercial Japanese animations dating back to 1917, a characteristic visual style emerged in the 1960s with the works of animator Osamu Tezuka and spread in the second half of the 20th century, developing a wide domestic audience. Anime is typically released theatrically, via television broadcasts, directly to home media, or over the Internet. In addition to original works, anime are often adaptations of Japanese comics (manga), light novels, and video games. Compared to Western animation, anime production generally focuses less on movement, and more on the detail of settings and use of camera effects, including panning, zooming, and angle shots. Diverse art styles are used, and character proportions and features can be quite varied, including characteristically large and emotive eyes. Anime is classified into numerous genres targeting broad and niche demographics, and the anime industry in Japan consists of over 430 production studios, with major firms including Studio Ghibli, Gainax, and Toei Animation. Since the 1980s, the medium has also seen international success with the rise of foreign dubbed and subtitled programming, and as of 2016, anime accounted for 60 percent of the world's animated television shows.

The Virtual Teen Anime Day's special guest Anna Ito, a.k.a. “JAPANNA,” is a Japanese culture specialist, brush calligraphy artist, and founder of Japan Shinzen Art & Culture International. She was born, raised, and educated in Japan, and has dedicated herself to studying Japanese culture, history, and art. In order to broaden her outlook, “JAPANNA” traveled around the world, learned various cultures, and met people who had different languages, religions, and skin colors. Although she legally immigrated from Japan to America and became a U.S. citizen. “JAPANNA” states that she is proud of where she came from and where she is now, and no matter where she lives, the artist says she admires the beauty of nature and respects the power of natural wonder.

In conjunction with the Virtual Teen Anime Day, participants will be able to pick up a Teen Anime Day To-Go Kit that will include cups of ramen, tea, and candy sushi supplies, plus some simple crafts, drawing activities, and swag. Kits are expected to be available for pickup on Friday, November 13, and will be held through Wednesday, November 25. Registrants will receive an e-mail when their boxes are ready to be picked up, and kits not picked up by end of day on November 25 will be made available for those on the wait list or for outreach. Those needing a later pickup date are advised to contact Youth Services at ysp@davenportlibrary.com.