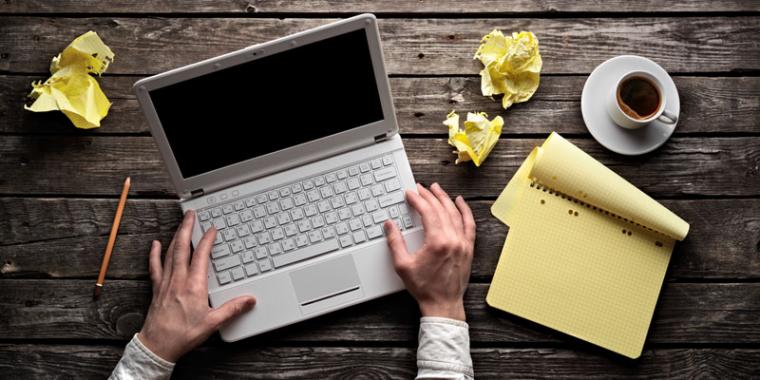 Presented by the Midwest Writing Center

Despite the participants meeting through computer screens instead of in person, the Midwest Writing Center's Young Emerging Writers (YEW) Summer Internship Program took place as planned, and the fruits of its interns' labors will be celebrated on October 1 with a virtual release party for their summer-long project The ATLAS.

The ATLAS is composed of literary entries by participants in the YEW Summer Internship Program, which is currently celebrating its 15th year and the 15th release of its magazine. Led by facilitators including the Midwest Writing Center's executive director Ryan Collins, the program is composed of students ages 15 to 19 who applied, and were interviewed, to take part in this selective paid internship program, and this past summer, 16 teens from the Quad Cities and surrounding areas participated. YEW provides writing instruction in a variety of writing styles and processes, and develops professional skills in areas such as editing, collaborative project management, and magazine production and design. 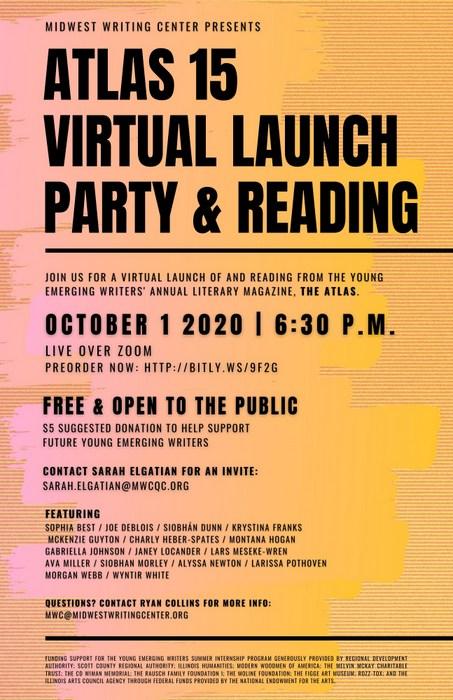 With the YEW interns giving brief readings of their works, and the event including the presentation of the Tim Curry Outstanding Intern Award, the virtual ATLAS Launch Party will begin at 6:30 p.m. on October 1, and will be viewable via Zoom, Facebook Live, and YouTube. While the online party is free, the Midwest Writing Center encourages virtual guests to make a suggested $5 donation to help support the Young Emerging Writers Summer Internship Program and its touring writers. The organization also encourages donations to the Rock Island venue Rozz-Tox (GoFundMe.com/rozztox-employee-fund), where the ATLAS party has usually been held live.

Copies of new and back issues of The ATLAS will be available for purchase via the Midwest Writing Center Press book store, and more information on the magazine and the October 1 event is available by calling (309)732-7330 or visiting MWCQC.org.