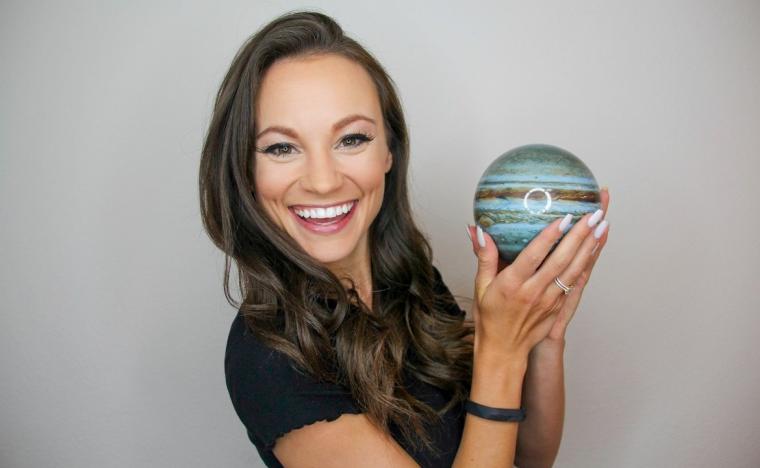 Although this year's event will be taking place not at the Davenport venue but from the comfort of your own homes, the Putnam Museum & Science Center's annual fundraiser the Mad Scientist Ball is set to take place from 6 to 8 p.m. on October 17, the virtual party delivering experiments, entertainment, and a question-and-answer session with Daytime Emmy Award nominee Emily Calandrelli.

An electrifying night designed to raise awareness and funds for the Putnam Museum, the Virtual Mad Scientist Ball is being held in support of the venue's collections, programs, and services such as summer camps, rotating and permanent exhibits, and virtual learning. Emceed by WQAD Senior Meteorologist Eric Sorensen, this online event will boast a science experiment, instruction from local mixologist Melissa Wilkie on crafting the signature Mad Scientist's Ball cocktail, and a musical performance by blues master Alan Sweet of local band the Candymakers. The virtual celebration will also feature a Q&A will Calandrelli, a three-time Daytime Emmy nominee for the educational and informational series Xploration Outer Space.

An MIT engineer turned television sensation, Calandrelli is the host and co-executive Producer of Emily’s Wonder Lab on Netflix, has been a featured correspondent on Netflix’s Bill Nye Saves the World, and serves as executive producer and host for FOX's Xploration Outer Space, which airs in 100 million households each week. She recently released her first science-based children's-book series the Ada Lace Adventures, launching the third Ada Lace book into space as part of the Storytime from Space program.

Additionally, Calandrelli is a professional guest speaker who has spoken for companies including Google, Pixar, MIT, Texas Instruments, CERN, and dozens of K-12 schools and Universities around the country. She focuses her talks on the topics of science communication, space exploration, and women in STEM., with her three TEDx talks all currently available on YouTube. With Calandrelli's educational background in engineering and policy, she received her bachelor's degree in Mechanical and Aerospace Engineering from West Virginia University, and received her master's degree from MIT in Aeronautics and Astronautics, as well as Technology and Policy.

Admission to the Virtual Mad Scientist Ball is $20 per ticket and $150 for a virtual table, and instructions for using the Zoom platform, login information, and signature cocktail ingredients will be provided after reservations are made by October 15. For more information on the event, call (563)324-1933 or visit Putnam.org.