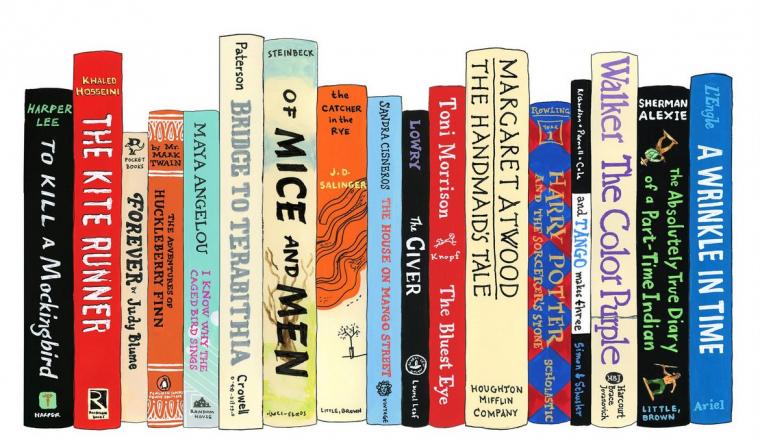 Held in conjunction with the September 27 through October 3 Banned Books Week – a celebration of our collective freedom to read – the Midwest Writing Center's and Rock Island Public Library's annual Banned Books Reading goes virtual on September 29, with more than a dozen participants gathering online to read from frequently challenged works and unite in the fight against censorship.

Founded by First Amendment and library activist Judith Krug, Banned Books Week was launched in 1982 in response to a sudden surge in the number of challenges to books in schools, book stores, and libraries across the country. With its annual awareness campaign promoted by the American Library Association (ALA) and Amnesty International, the event highlights the value of free and open access to information, and was designed to gather the book community – librarians, book sellers, publishers, journalists, teachers, and readers of all types – in shared support of the freedom to seek and express ideas, among them those that some consider unorthodox or unpopular.

According to the ALA Office for Intellectual Freedom, which tracked 377 challenges to library, school, and university materials and services in 2019, last year's most frequently targeted books were: Alex Gino's George; Susan Kulkin's Beyond Magenta: Transgender Teens Speak Out; Jill Twiss' A Day in the Life of Marlon Bundo; Cory Silverberg's Sex Is a Funny Word; Daniel Haack's Prince & Knight; Jessica Herthel and Jazz Jennings' I Am Jazz; Margaret Atwood's The Handmaid's Tale; Raina Telgemeier's Drama; Peter Parnell and Justin Richardson's And Tango Makes Three; and J.K. Rowling's entire series of Harry Potter novels. (Reasons for the books being challenged can be found at ALA.org.)

The virtual Banned Books Reading will begin at 6 p.m. on September 29, and the event will be livestreamed via Zoom and the Midwest Writing Center's Facebook page (Facebook.com/MidwestWritingCenter/live). For more information, call (309)732-7330 or visit RockIslandLibrary.com.