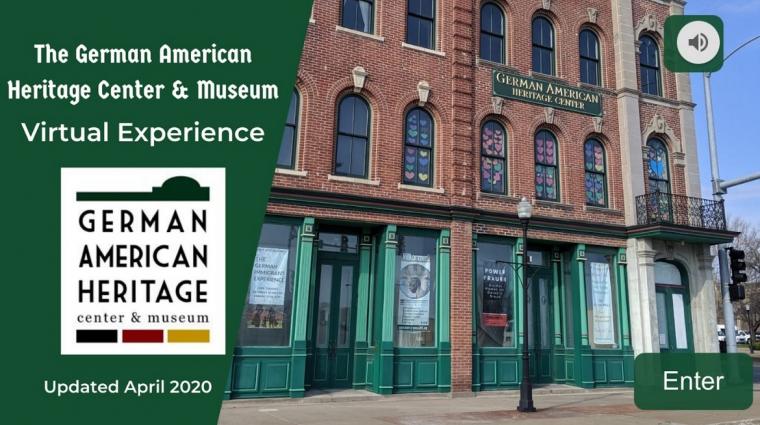 Samantha Turner Lundeen, Assistant Director of the German American Heritage Center in Davenport, discusses the museum's operations during this period of social distancing. We spoke on Tuesday, April 14.

In 2020, we're celebrating the 100th anniversary of women gaining the right to vote in our country, and so we wanted to do something that marked that anniversary but still kind of stated our mission of focusing on German culture and German immigrants. And our director [Kelly Lao] had previously put together a presentation called Power Frauen that highlighted a handful of these important women over the years. So we kind of took that small presentation that she came up with and turned it into a fully fleshed-out museum exhibit.

There are so many amazing stories with these women. I was just talking to some of our volunteers and board members saying we could do this exhibit again and not repeat a single name, because there are so many people to include and highlight. I'm still discovering new names, and there are big names that didn't make it in, as well. It's not officially scheduled, but we definitely could revisit the idea one day.

We have 17 or 18 works of art included, as well, that were created for the exhibit. We reached out to a lot of local women artists and just pitched them the idea of “Hey, we want to do this exhibit where we profile German and German-American women who changed the world in some way, who left their mark on the world, and here's the list of women we're working with and a little summary about them. If any of them kind of speak to you, would you be interested in creating something inspired by them?” And we didn't really know what to expect. But it was exciting to see how many different people were selected and the different mediums they used. I mean, we have an embroidery piece, we have photography, we have painting, we have collage … . It's such a wide array. 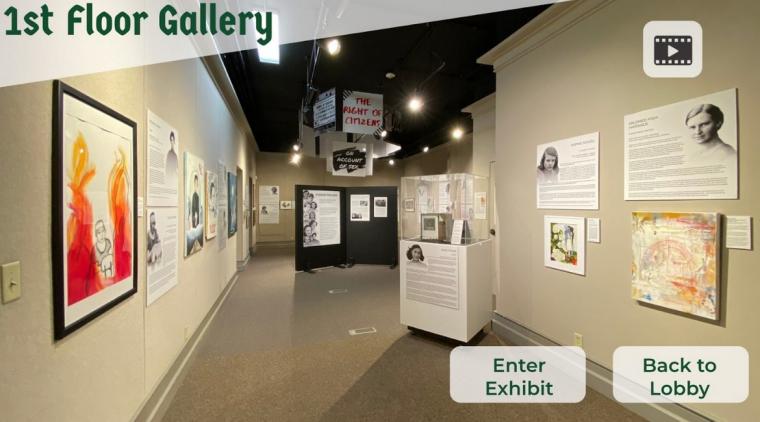 Since we've been closed, we've been trying to come up with ways to still utilize our exhibits and bring them online. I had already been doing a kind of “Power Frauen Friday” series on our Facebook and social media where we were highlighting some of the women in the exhibit, and so we started toying with the idea of doing video tours. We wanted to create something that was unique – that hadn't been done yet in our area – and really bring it in a meaningful and impactful way to the public. But not just on social media, because we have quite a few members who will check our Web site, but they don't necessarily have a Facebook or an Instagram.

I also wanted find something that I could make that didn't have added costs associated with it, either, because, of course, while we're closed, we're trying to look at ways to save. And I came across a YouTube tutorial, actually, that was geared toward students who had to make a virtual-museum exhibit for a school project. It showed how to make a virtual exhibit on PowerPoint or on Google Docs, and so that's what I did: I just used Google Docs. I just went for it.

Kelly and I took all the photos for the exhibit just on our phones, and we used [graphic-design platform] Canva to kind of space things out correctly and add the little shadow boxes for links and things like that. I took the designs we already had for the exhibit's panels and converted them to a PowerPoint size, and edited it in that way, and then Kelly and I recorded all the narration. I did that from my phone, as well.

It was the narration that took the longest, actually, because apparently I can't just read and not stumble through it. And I also don't speak German. (Laughs.) So I was having to look up how to pronounce all these names and cities and terms. But Kelly was really able to help a lot, and other than that, it was just a lot of trial and error. I would get a couple of little pieces done and send them to the rest of our staff and say, “Can you make sure these links work? Can you see if it's user-friendly and if there's anything that I can improve?” And they'd give me their feedback. I also have a couple other friends that work in the museum field that I was sending it to and saying, “Hey, can you try this out for me before I, you know, dive headfirst into this project?” (Laughs.)

So it's been a big learning experience, and it's exciting to see people react to it and enjoy being able to visit the museum in this way. It's very rewarding that something I just made up as I went along could work so well. 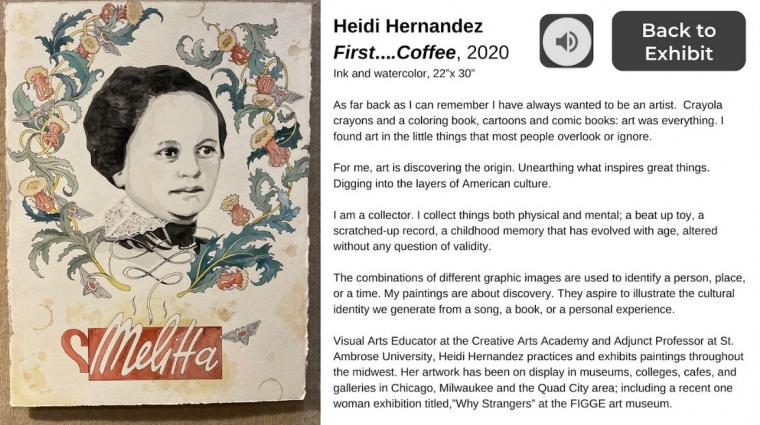 Right now, my main focus is trying to get the rest of our exhibits online. We have three exhibit spaces in our museum – one is our permanent exhibit, and then we have two that rotate out every year. So now that we have Power Frauen up, the next temporary exhibit that we have to get into the virtual museum is called The History We Hold: Highlights from the GAHC Collection. And then we'll move on to the permanent exhibit. That one is so huge. It's going to be a really big undertaking to get that online. (Laughs.)

But all of us on the staff are also working on different projects. One of us is working on the “German word of the day” that keeps going out on our social media. We're doing virtual tours; Kelly is frequently filming couple-minute-long videos about different things in our exhibits or our collection. And we're trying to figure out how to get all that translated from something that works really well on social media to our Web site. I know we'd like to make some coloring pages and activity pages, we've got some craft activities that we're gonna try to figure out how to get online … . We're just constantly trying to come up with ideas and new possibilities.

How to Support the GAHC … and Each Other

We just hope people continue to visit our Web site, share the things that we're doing, and keep an eye on our social media. And of course, the exhibit is available online for free, but if you're able, we do always appreciate donations, especially while we're closed and we're losing out on that admission money. I know everybody is kind of in that same boat, but if you're able to give, we would always appreciate it. Other than that, we appreciate people sharing our content that we're creating, and we definitely hope people come by the center once we're reopened.

We're gonna get through this, and we're gonna continue serving the community the best way we know how. And I know that that's the same for all of the arts and cultural organizations in the area. We're all still working very hard to continue to serve the community and to be here when this is all over.

Visit the Power Frauen exhibit (through August 30) and follow the German American Heritage Center's updates at GAHC.org and Facebook.com/GAHC712.