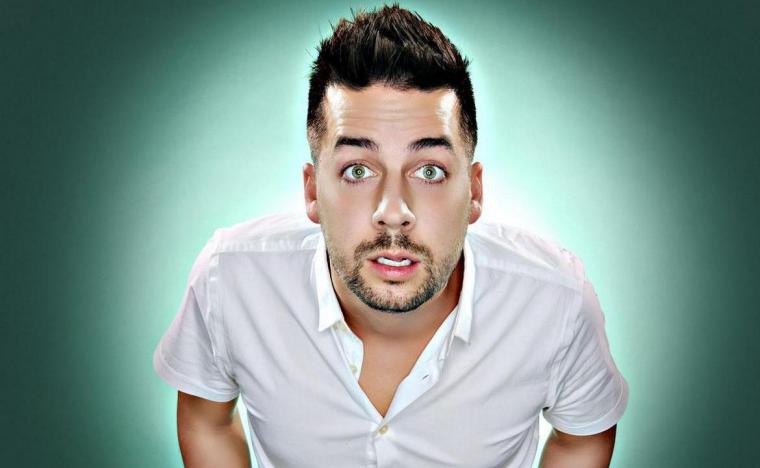 A YouTube sensation who has opened for the likes of Dave Chappelle, Seth Meyers, and Jeff Foxworthy, beloved Christian comedian Josh Crist brings his “Immature Thoughts” tour to Davenport's Adler Theatre on October 25, his observational-comedy leading Emmy Award winner and fellow standup Louie Anderson to proclaim, “It's only a matter of time until John Crist is a household name.”

Born in a suburb of Atlanta in 1984, Crist earned a 2006 journalism degree from Samford University in Birmingham, Alabama, and moved to Colorado, where he began performing his nascent standup routine at open-mic nights, local comedy clubs, churches, casinos, and restaurants. In 2009, Crist made his first national comedy debut with an appearance on Louie Anderson's Las Vegas comedy show Larger Than Life, an engagement that led to more frequent bookings and, in 2012, Crist winning the Denver Improv's Got Laughs Competition and appearing as a finalist on Comedy Central's Up Next Comedy Competition. After relocating to Los Angeles, Crist released his first comedy DVD I Got Questions in 2015, and the following summer, he developed a three-minute comedy sketch called Christian Music: How It's Made. Written by Crist and produced by Aaron Chewning, the video starred the duo as record executives telling a new Christian band how to make it big in the music business and the short-form entertainment quickly went video went viral, now claiming more than two million views on YouTube.

Later videos such as “Millennial International,” “Road Rage in the Church Parking Lot,” and “Every Parent at Disney” cemented Crist's fame with a collective total of more than one billion video views, and the comedian's national “The Human Being Tour” sold in excess of 197,000 tickets between 2018 and 2019. Currently on the road with “Immature Thoughts,” Crist released this past spring's rap single and music video Check Your Heart, a song that landed at number two on the iTunes Christian charts, and has his first book set for publication in 2020. Crist's comedy stylings have also been featured in both print (USA Today, The Huffington Post) and television (The Today Show, Fox & Friends), and he's shared stages in recent years with such standup talents as Trevor Noah, Adam Carolla, and Saturday Night Live legend Dana Carvey.