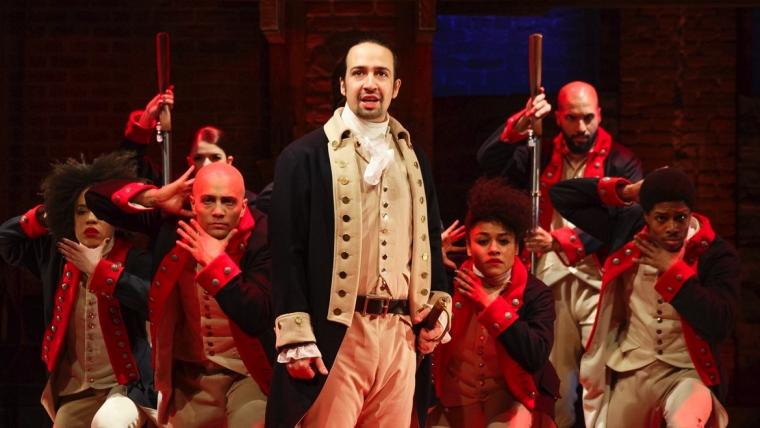 Fans of America's Founding Fathers and recent musical-theatre smashes can all be in “the room where it happens” on July 23, as Bettendorf's Crawford Brew Works hosts an 8 p.m. Hamilton Trivia Night, with “house cash” and other prizes awarded and all the evening's questions concerning either Alexander Hamilton himself or the Broadway smash that bears his name.

An American statesman, politician, legal scholar, military commander, lawyer, banker, and economist, Founding Father Hamilton was an influential interpreter and promoter of the U.S. Constitution, as well as the founder of the nation's financial system, the Federalist Party, the United States Coast Guard, and the New York Post newspaper. As the first Secretary of the Treasury, he was the main author of the economic policies of George Washington's administration. Hamilton took the lead in the Federal government's funding of the states' debts, as well as establishing the nation's first two de facto central banks, the Bank of North America and the First Bank of the United States, a system of tariffs, and friendly trade relations with Britain. His vision included a strong central government led by a vigorous executive branch, a strong commercial economy, government-controlled banks, support for manufacturing, and a strong military.

Hamilton, meanwhile, is the Broadway (and now Disney+) sensation with music, lyrics, and book by Lin-Manuel Miranda that received the 2016 Pulitzer Prize for Drama. Inspired by Ron Chernow's 2004 biography Alexander Hamilton, the show draws heavily from hip hop, as well as R&B, pop, soul, and traditional-style show tunes, and famously casts non-white actors as the Founding Fathers and other historical figures. Miranda once described Hamilton as about “America then, as told by America now,” and from its opening, the musical has received staggering critical and audience acclaim. It premiered off-Broadway on February 17, 2015, at New York's Public Theater, and eventually won eight Drama Desk Awards including Outstanding Musical. The show then transferred to Broadway, after which it received a record 16 Tony Award nominations and won 11 including Best Musical. Reviewing the Broadway production in the New York Times, Ben Brantley wrote, “I am loath to tell people to mortgage their houses and lease their children to acquire tickets to a hit Broadway show. But Hamilton … might just about be worth it.”

Up to eight people per team can participate in CBW's free Hamilton Trivia Night, and for more information on the July 23 event and other upcoming venue happenings, call (563)332-0243 or visit CrawfordBrewWorks.com or Facebook.com/crawfordbrewworks.