“Figment Follies with Will Stuck,” July 20 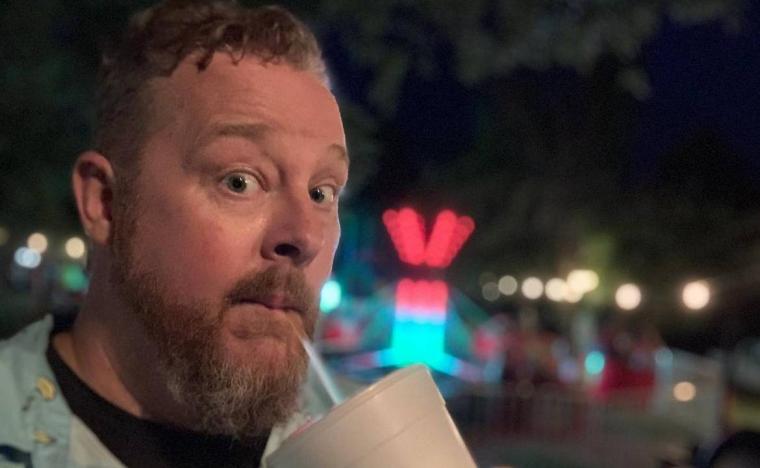 “Figment Follies with Will Stuck" presented by the Davenport Public Library -- July 20.

Hosted by the Davenport Public Library

On July 20, the Davenport Public Library will be hosting a virtual M.E.S.S. – an hour of Music, Education, Stories, and Science – when a noted children's entertainer and popular storyteller appears in the Facebook Live presentation The Figment Follies with Will Stuck, an online program designed in conjunction with the library's 2020 Summer Reading theme “Imagine Your Story.”

A native of St. Joseph, Missouri, where he currently resides, Stuck began his career association with libraries when working in one after his 1993 graduation from Lafayette High School in 1993. He went on to graduate from Missouri Western State University with an art-history major, and then became manager of the children's department of St. Joseph's East Hills Branch Library in 2002, where Stuck remained until his library retirement in 2017. Leaving his position was partly due to a health crisis Stuck endured in his mid-30s, and partly due to his attending a Leadership St. Joseph Program where educator Dr. Tim Crowley advised attendees “to make a larger impact on the world.” As Stuck related to Missouri's Uncommon Character, “When he said this, I really paused and listened. It took a little time to really decide what would be next for me, but Dr. Crowley helped me nail it down. It wasn't money or power or fame. It was impact. I am impact driven and I know I need to make a difference with what I do. Once that seed was planted, it occupied my thoughts for a few years.”

Stuck consequently launched his career as a professional speaker, storyteller, and children's entertainer, with his current professional clients including the United Way, the Missouri Association of Elementary School Principals, the Arkansas State Library, Missouri State Library Association, and Eagle Communications. He has also brought his self-devised programming to Kansas, Iowa, Oklahoma, Illinois, Michigan, and South Dakota, and has performed for venues including Missouri's Robidoux Resident Theater. Described as a “super-silly show” in which “heroic adventurers and wacky creatures abound,” Stuck's Figment Follies presentation for the Davenport Public Library is one of many that the entertainer has created for young audiences, with others including Boom! Stories & Science!, Hoopla! Stories & Songs to Make You Wiggle & Giggle, Not-So-Scary Stories, and Winter Wonder-laughs.

The Figment Follies with Will Stuck will be available to view on July 20 at 2 p.m. via the Davenport Public Library's Facebook video page (Facebook.com/davenportlibrary/live_videos), and will remain online for a limited time after the 2 p.m. presentation. For more information and this and other family-themed library events, call (563)326-7832 or visit DavenportLibrary.com.