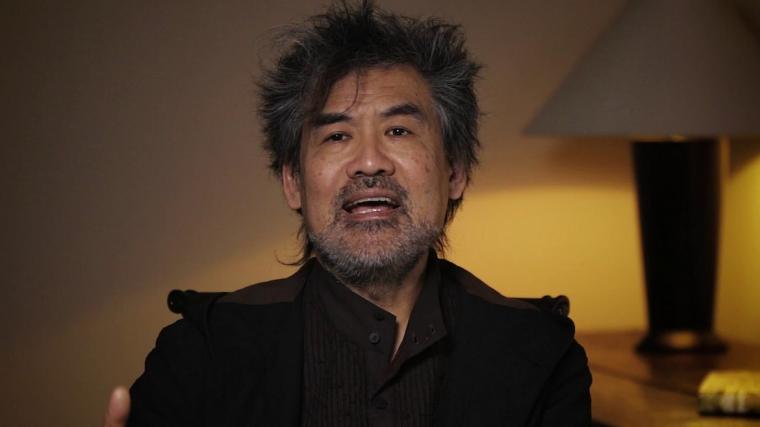 Born in Los Angeles in 1957, Hwang received his bachelor's degree in English from Stanford University in 1979 and attended the Tale School of Drama between 1980 and 1981. Hwang's early plays concerned the roles of Chinese Americans and Asian Americans in contemporary society, with his first play FOB exploring the contrasts and conflicts between established Asian Americans and new immigrants. The play premiered off-Broadway in 1980 at the Joseph Papp Public Theater, where it eventually won the Obie award for Best New American Play, and Papp went on to produce four more of Hwang's works, including two in 1981: The Dance & the Railroad, which tells of a former Chinese-opera star working as a laborer in the 19th-century American West, and Family Devotions, a darkly comic take on the effects of Western religion on a Chinese-American family. Hwang's biggest success, however, came with his 1988 Broadway sensation M. Butterfly, a deconstruction of the Puccini opera Madama Butterfly that found a heterosexual Westerner falling in love with a male Chinese opera singer, and consequently spending 20 years unaware of his lover's actual gender. M. Butterfly earned Hwang the Drama Desk Award and the Tony Award for Best Play – becoming the first Asian-American ever to win the category – and made its author a finalist for the Pulitzer Prize for Drama.

Hwang's other stage plays have included Golden Child (for which he received another Tony nomination), Chinglsih, and Yellow Face, and he has written the books for such musicals as Disney's Tarzan, Aida, and the 2002 revival of Flower Drum Song (which earned him yet another Tony nod). But Hwang is also America's most-produced living opera librettist, with his works having received two Grammy Awards and including such adaptations as Alice in Wonderland, Tarzan, and David Cronenberg's The Fly. In addition to his current writing the book for the live-action musical version of Disney's The Hunchback of Notre Dame, Hwang served as a writer/consultant for Showtime's Golden Globe-winning series The Affair, and debut his latest musical Soft Power – a collaboration with Tony Award winner Jeanine Tesori – in the spring of 2018. Hwang also serves on the board of the Lark Play Development Center, as Head of Playwriting at Columbia University School of the Arts, and as Chair of the American Theatre Wing, the founder of the Tony Awards.

David Henry Hwang's evening at Augustana College begins on February 12 with a 5 p.m. reception in the Brunner Theatre Center, is followed by the playwright's 7:30 p.m. presentation, and concludes with a book signing. Admission is $10-15, with tickets available by calling (309)794-7306, and more information on Hwang's visit and the 2019-20 Visiting Artist Series can be found by calling (309)793-1213 or visiting QuadCityArts.com.