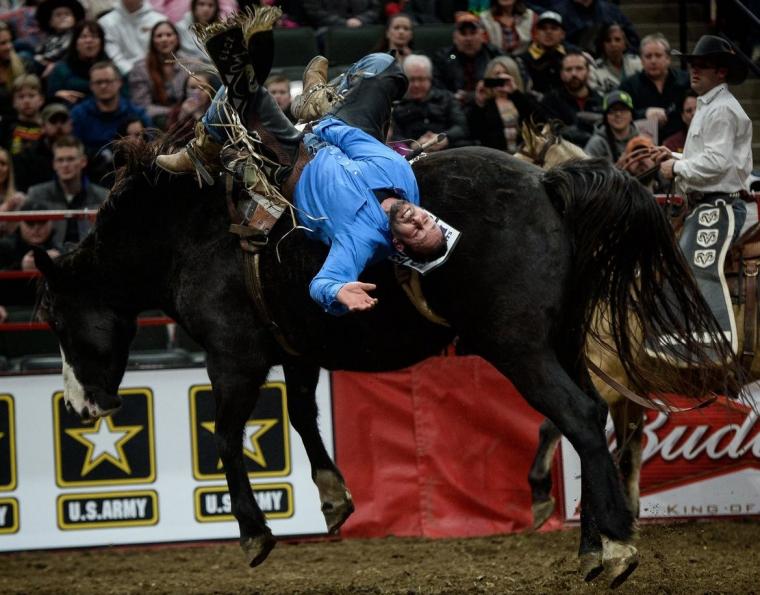 CINCH World's Toughest Rodeo at the TaxSlayer Center -- January 17 and 18.

An innovative producer of western-lifestyle events, CINCH World’s Toughest Rodeo was established in 1979 with a traditional rodeo format, with all of its events held at indoor sports facilities in major cities. Within three years, it became the largest privately held rodeo company in the United States, and from 1981 to 1996, all CINCH events were sanctioned by the Professional Rodeo Cowboys Association.

In 1996, the “Bulls and Broncs” format was developed and designed to be more fan-friendly to the non-traditional spectator, and has consequently become the most copied format in rodeo today. The weekend's “Bulls and Broncs” rodeo features numerous varied riding competitions and demonstrations, as well as the main-event showdown round featuring a head-to-head match-up of the top two in each contest, plus a unique combination of family entertainment and fast-paced professional rodeo action.

While owned by founder Steve Gander, CINCH World's Toughest Rodeo toured in 28 states and Canada, and was featured at the famed Madison Square Garden in New York City on five occasions. In 1993, the rodeo produced the command performance for President Ronald Reagan and 11,000 guests in Washington, D.C., as well as the original PRCA Pro Tour Finals, believed to be the first rodeo to put dirt on ice without having to remove the ice after the event. Meanwhile, in the 2000s, CINCH World's Toughest Rodeo trail-blazed further by inviting fans into the arena for one-hour meet-and-greet with both contestants and specialty entertainers, also adding pony rides, interactive games, and the opportunity for guests to get their pictures taken while sitting on Midnight, CINCH's favorite bull in the chutes.

Admission to the January 17 and 18 CINCH World's Toughest Rodeo events at 7:30 p.m. is $20-49 with reduced prices for children 12 and under, and $65 “Gold Buckle Seats” include a cowboy meet-and-greet, early entry, and a rally towel. The “Cowboy Funzone,” meanwhile, invites fans into the area for free pre-shows from 6 – 7 p.m., featuring pony rides, autograph and photo sessions, and the chance to go behind-the-chutes with the rodeo's animal superstars. For tickets, call (800)745-3000 or visit TaxSlayerCenter.com.