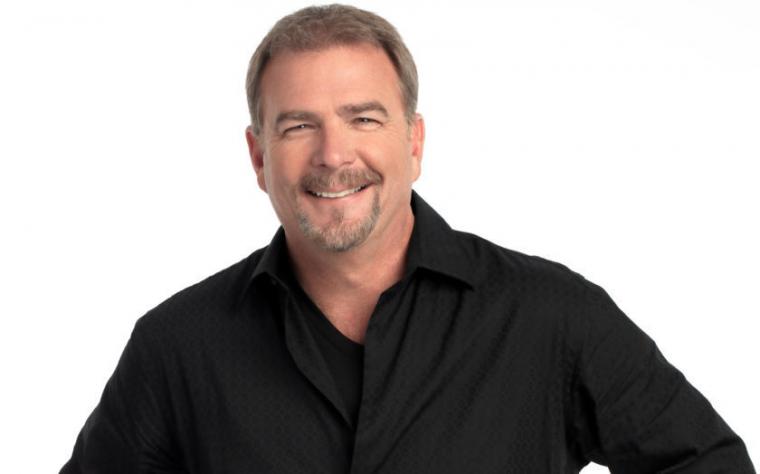 Hosting two concert sets with the Grammy-nominated comedian famed for his tenure with the Blue Collar Comedy group, the Rhythm City Casino Resort Event Center brings TV and recording sensation Bill Engvall to its Davenport stage on March 6, the actor/comedian currently traveling the country on his acclaimed “Just Sell Him for Parts” standup tour.

Born in Galveston in 1957, Engvall attended Southwestern University in Georgetown, Texas, intending to earn a bachelor's degree and become a teacher. Instead of graduating, however, Engvall worked a series of jobs including tour guide at Inner Space Caverns and disc jockey in Dallas, the latter job inspiring him to venture into stand-up comedy at the area's amateur and open-mic nights. In 1990, he moved to Southern California to pursue comedy full-time, earning early fame as host of the cable show A Pair of Jokers with Rosie O'Donnell and through an appearance on the Golden Girls spin-off The Golden Palace, where he played Blanche's son Matthew, a stockbroker turned aspiring comic. Other early appearances included hosting A&E's An Evening at the Improv and guest shots on The Tonight Show and The Late Show with David Letterman, with a career breakththrough finally happening in 1992 when Engvall was named Best Male Standup at the American Comedy Awards.

His first role as a series regular came when he was cast in ABC's Delta opposite Delta Burke, and in 1996, he was cast with fellow comic and best friend Jeff Foxworthy in the NBC version of The Jeff Foxworthy Show. After signing with Warner Bros. Records in 1996, Engvall released the first of a series of highly successful comedy albums with Here's Your Sign, a title based on his signature stage bit. The album was platinum-certified and peaked at number one on the Billboard Comedy album chart and even number five on the Country chart, thanks in part to the titular single and music video that he collaborated on with country singer Travis Tritt. Since joining the wildly successful Blue Collar Comedy Tour alongside Foxworthy, Ron White, and Larry the Cable Guy in 2000, Engvall has released more than a half-dozen additional comedy albums, all of which debuted at number one on Billboard's Comedy chart. His list of additional credits, meanwhile, includes headlining TV's The Bill Engvall Show, earning a Grammy nod for 2006's Blue Collar Comedy Tour: One for the Road, and making it to the finals on season 17 of Dancing with the Stars.

Bill Engvall brings his national tour to Davenport on March 6 with performances at 6:30 and 9 p.m., admission is $25-60, and more information and tickets are available by calling (844)852-4386 or visiting RhythmCityCasino.com.