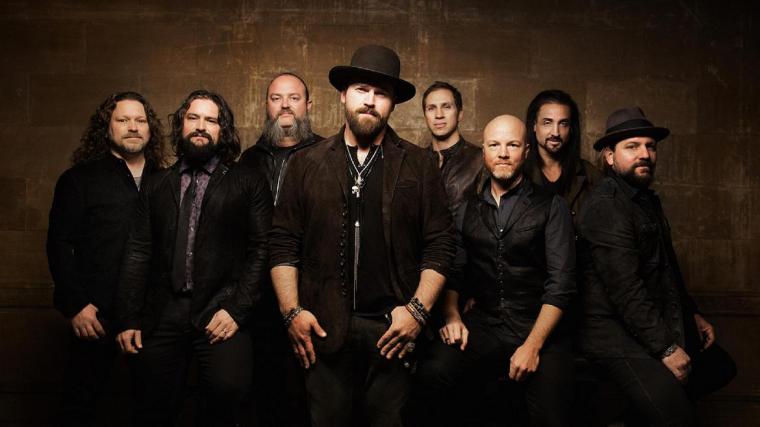 The Zac Brown Band at the TaxSlayer Center -- February 28.

Multi-platinum-selling artists with three chart-topping albums to their credit, the country and Southern-rock sensations of the Zac Brown Band play Moline's TaxSlayer Center on February 28, treating fans to a repertoire that has thus far resulted in nine Grammy Award nominations, three wins, and more than a dozen number-one hits on the Billboard charts.

Having started playing local gigs while still in high school, Atlanta native Brown formed his first iteration of the Zac Brown Band in 2002, and created his own record label Southern Ground the following year. Three years after the band's self-released first album Home Grown in 2005, the musicians made their major-label debut in 2008 with The Foundation, a work whose single “Chicken Fried” – originally recorded for Home Grown in 2003 – hit number one on Billboard's country charts. Eventually emerging as a 6x-platinum smash with sales of over five million, the song made the Zac Brown Band the first country ensemble to top the charts with a debut single since Heartland's “I Loved Her First” in 2006, and The Foundation inspired another pair of chart-toppers in “Toes” and “Highway 20 Ride,” with “Whatever It Is” reaching the number-two position. The Zac Brown Band consequently won the first of its three Grammys as Best New Artist for The Foundation, and after the album's follow-up You Get What You Give landed in 2010, the album generated even more smash successes for the group, including number-one singles in “As She's Walking Away,” “Colder Weather,” “Knee Deep,” and “Keep Me in Mind.”

Since then, the Zac Brown Band's four most recent studio albums – 2012's Uncaged (the Grammy winner for Best Country Album), 2015's Jekyll + Hyde, 2017's Welcome Home, and this past September's The Owl – all peaked at the top position on Billboard's country chart, with the musician scoring number-one hits in such singles as “Goodbye in Her Eyes,” “Sweet Annie,” “Homegrown,” “Loving You Easy,” and “Beautiful Drug.” Taken together, the band has found 13 of its singles topping Billboard's Hot Country Songs of Country Airplay charts, and has earned a collective 55 award nominations from the Grammys, Academy of Country Music, American Music Awards, Country Music Association, and Country Music Television. Brown and his musicians have also collaborated with scores of hugely popular artists, among them Alan Jackson, Jimmy Buffett, Kid Rock, and Chris Cornell.

The Zac Brown Band plays the Moline amphitheater at 7 p.m. on February 28 with sets by special guests Amos Lee, Poo Bear, and Sasha Sirota, admission is $39.50-99.50, and tickets are available by calling (800)745-3000 or visiting TaxSlayerCenter.com.