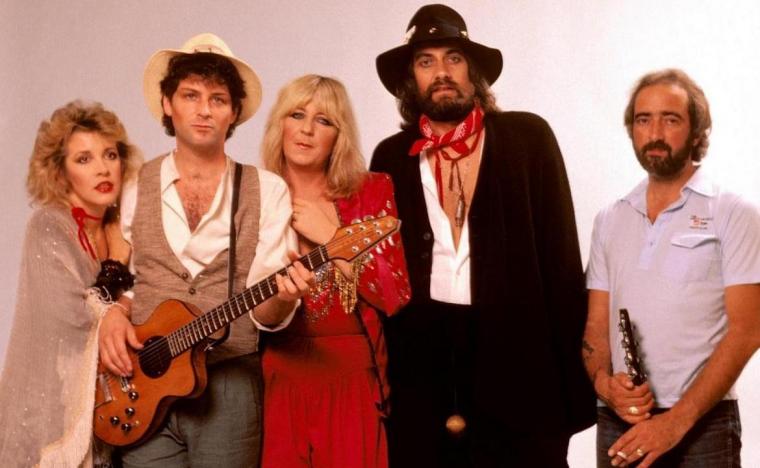 “Big Love,” “Don't Stop,” “Go Your Own Way,” and other pop classics of their era will be brought to thrilling orchestral life in a special LeClaire Park event on September 12, with the Quad City Symphony Orchestra and Quad City Bank & Trust presenting a divine outdoor music experience in the latest iteration of Riverfront Pops – Landslide: A Symphonic Tribute to the Music of Fleetwood Mac.

A British-American rock and pop band formed in London in 1967, Fleetwood Mac was founded by guitarist Peter Green, drummer Mick Fleetwood, guitarist Jeremy Spencer, and bassist John McVie for their self-titled debut album. Danny Kirwan joined as a third guitarist in 1968, and keyboardist Christine Perfect, who contributed as a session musician from the second album, married McVie and joined in 1970.

When they were primarily a blues band, Fleetwood Mac scored a number-one United Kingdom smash with “Albatross,” and enjoyed other hits with the singles “Oh Well” and “Man of the World.” All three guitarists left in succession during the early 1970s, to be replaced by guitarists Bob Welch and Bob Weston, as well as vocalist Dave Walker. By 1974, however, all three had either departed or been dismissed, leaving the band without a male lead vocalist or guitarist. In late 1974, while Fleetwood was scouting studios in Los Angeles, he was introduced to folk-rock duo Lindsey Buckingham and Stevie Nicks, whose additions gave Fleetwood Max a more pop-rock sound, and their 1975 self-titled album reached number one in the United States. Released in 1977, Rumours became Fleetwood Mac's second album after the arrival of Buckingham and Nicks, produced four U.S. Top 10 singles, and remained at number one on the American albums chart for 31 weeks. It also reached the top spot in various countries around the world and won a Grammy Award for Album of the Year in 1978. Rumours has thus far sold over 40 million copies worldwide, making it the one of the best-selling albums in history.

With the group's repertoire including chart-topping albums Tusk, Tango in the Night, and Behind the Mask, Fleetwood Mac has collectively sold more than 120 million records worldwide, making them one of the world's best-selling bands. In 1979, the group was honored with a star on the Hollywood Walk of Fame, and in 1998, Fleetwood Max was inducted into the Rock and Roll Hall of Fame and received the prestigious Brit Award for Outstanding Contribution to Music.

As with all of the annual Riverfront Pops concerts, the September 12 event in LeClaire Park will conclude with traditionally rousing renditions of Tchaikovsky's 1812 Overture and Sousa's Stars & Stripes Forever set to a spectacular fireworks display over the Mississippi River. Significant safety measures will be enforced for the outdoor concert, and more information on those and the experience of Riverfront Pops' Landslide: A Symphonic Tribute to the Music of Fleetwood Mac is available by visiting QCSO.org.