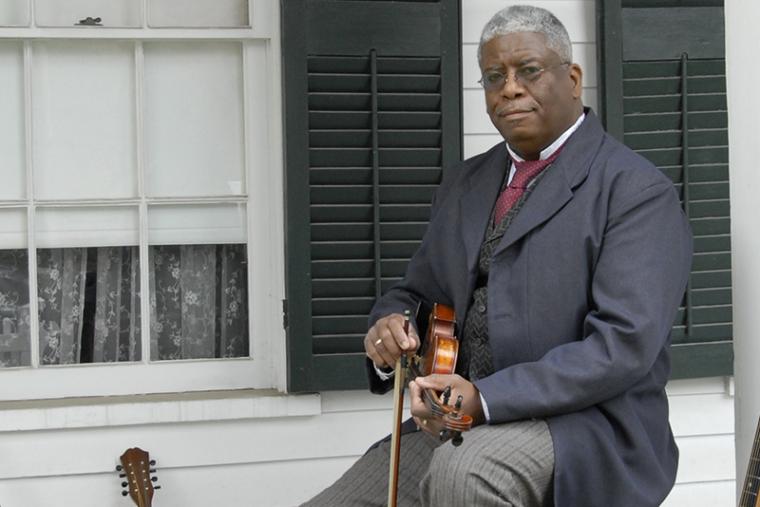 Hailing from Detroit, and an artist whose deep love for traditional African-American and American music is clear in both his vocals and instrumentals, Jones has dedicated his career to celebrating the history, humor, and power of roots and blues music. For more than 30 years, Jones has interwoven timeless stories with original and traditional songs, entertaining and educating audiences of all ages in schools, colleges, libraries, union halls, prisons, churches, and civil-rights organizations. At the heart of his message is the belief that our cultural diversity tells a story that should celebrate, not just tolerate.

A consistent touring presence throughout the United States, Canada, and Europe, Jones is an award-winning multi-instrumentalist, equally accomplished on the guitar, harmonica, mandolin, banjo, and fiddle. He has recorded six albums of original and traditional songs, and is the former host of such radio programs as “Blues from the Lowlands” and “Deep River,” both broadcast on Detroit Public Radio's WDET-FM. Beyond teaching music-history courses at Detroit's Wayne State University, Jones is an ordained minister and a Baptist pastor, and has an unwavering faith in the cultural importance of sacred and traditional American roots and blues music. In addition to his solo performances, he often collaborates musically with his wife, Sister Bernice Jones, singer/songwriter Matt Matroba, and poet/performer M.L. Liebler.

Acclaimed photographer James Fraher had this to write about the artist: “Perhaps the world's most highly educated blues musician, an ordained minister, a longtime DJ, and a living encyclopedia of blues history, the Reverend Robert Jones is comfortable among juke-joint loud talkers, fancy-hatted church ladies, and PhDs alike.” And describing his group's goal with the “Blues in the Schools” program, the Mississippi Valley Blues Society's education chair Steve Brundies says, “One of the primary missions of our organization is to introduce th blues to our area students in order to understand and appreciate this unique American art form which is the rootstock of all popular music. And if this encourages a young person to take up an instrument, then this is an even greater benefit.”

The Reverend Robert Jones Sr. brings his “Leadbelly Show” to the Hauberg Civic Center Mansion on February 26, donations are encouraged for the 7 p.m. concert, and more information on the artists's visit and the Mississippi Valley Blues Society's “Blues in the Schools” program is available by calling (563)322-5837 or visiting MVBS.org.