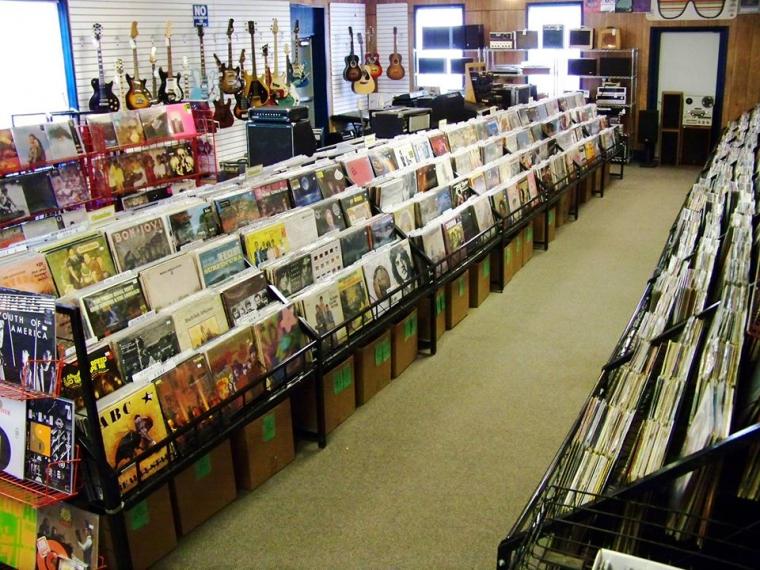 Nearly two years of calamity have taught the Ragged Records crew how to adapt and survive. From moving their full operations to what was intended to be an expansion store, to rolling and adjusting to the COVID pandemic with weekend-only hours, the Quad Cities mainstay has carried on in its mission to provide locals with good music and the implements with which to make it and listen to it. Recently, three straight modified Record Store Day events (smaller monthly "drops" rather than one giant extravaganza) were carried out successfully, to the satisfaction of both customers and staff.

Now, COVID cases have risen once again in Illinois, and Phase 3 mitigations are in place. It's not exactly a safe time to be doing business, but Ragged, which has kept its best interests in mind as well as those of their patrons, has decided to go ahead with its Black Friday Record Store Day sale. "We had thought about canceling it," says staff member Jon Burns, "but our customers go wild for Record Store Day, so we figured we'd give the people what they want."

They've got a strategy. Vinyl hounds can park at Ragged Records & Music's Rock Island location around the corner from Rozz-Tox and a 45's toss away from the District. From 8 a.m. onward, numbers will be assigned to each customer as they queue at the door of the building. They may then retreat to the warmth and comfort of their hopefully heated vehicles to await the store's opening at 9 a.m. From 9 to 11, five browsers at a time will be allowed into the building as their numbers are called to dig through the exclusive Record Store Day releases – and only the RSD releases – that will be displayed in their own part of the store. "That way we can move people in and out real quick and keep it safe," says Burns.

From 11 a.m. until 5 p.m., the rest of the store will be open to browse, as well as whatever RSD carrion remains. The five-person limit will remain in place all day, and masks will be required, as has been the rule since RR&M reopened back in the summer. Hand sanitizer will be available. 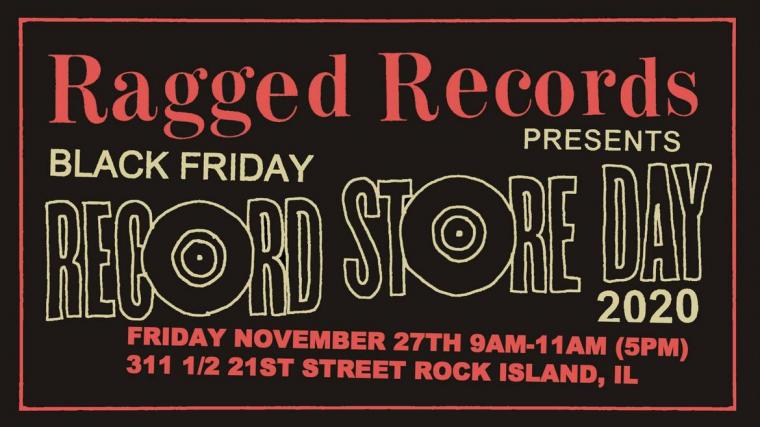 De facto spokesman Burns was fairly optimistic on Ragged's ability to pull off a safe day of record sales. Staying open, he says, “was a tough decision this time around. It's been easy to do the previous ones safely because we were outdoors. But moving it indoors, with the small size of our store, presented some problems. I think this will work and be pretty safe. We'll have someone working the door and making sure things move smoothly.”

Burns declined to comment on a rumor I had heard regarding certain extra measures the store may or may not be taking to ensure compliance and safety. All three of the men employed as Ragged's skeleton crew are musicians, but Idpyramid mastermind Dennis Hockaday has a reputation as a sort of sonic mad scientist. When I asked him about a rumor that he had developed some sort of "sonic disruptor" to deal with unruly patrons, he muttered something I couldn't understand and hung up the phone. Burns refused to comment.

I caught Andrew Cline outside the gates of the Rock Island Arsenal carrying an object that looked like a cross between a balalaika and a miniature auger, but he ignored my greetings, instead jumping into a black Tahoe with tinted windows that immediately sped across the bridge. I tried to ask owner Bob Herrington about the strange noises reported to be coming from Future Apple Tree Studios downstairs at odd hours of the night, but was stopped cold by his thousand-yard stare. Pat Stolley won't return my calls. Here's my visual approximation of what I saw at the Arsenal:. 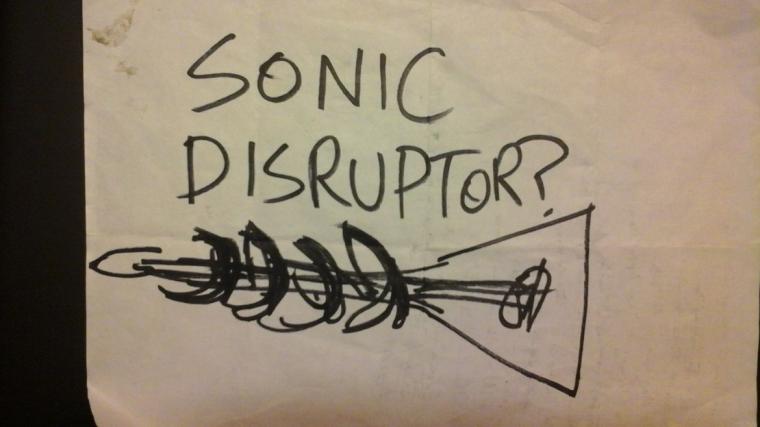 Unfortunately, as a small store in a small market, Ragged can't stock all of the 131 releases, but it does its best. "We always try to order a majority of as many titles as we can. This time around might be a little lighter than previous RSDs." RR&M is ultimately at the mercy of its distributor. Collectors can still expect to find music as varied as Nick Cave's take on T. Rex's "Cosmic Dancer," the reissue of the Beastie Boys' early hardcore punk recordings, and a box set of 7-inch instrumentals from Ol' Dirty Bastard's Return to the 36 Chambers. Live recordings may be found from Lou Reed, Alanis Morrisette, and the Drive-By Truckers, and deep diggers may be interested in Hank Williams' 1952 radio audition.

Ragged Records & Music can be reached easily on Facebook, the phone number is (309)788-0898, and the e-mail address is raggedrecords&music@q.com. The curious can find RR&M at RaggedRecords.org, and those seeking to investigate Record Store Day listings may do so at RecordStoreDay.com.