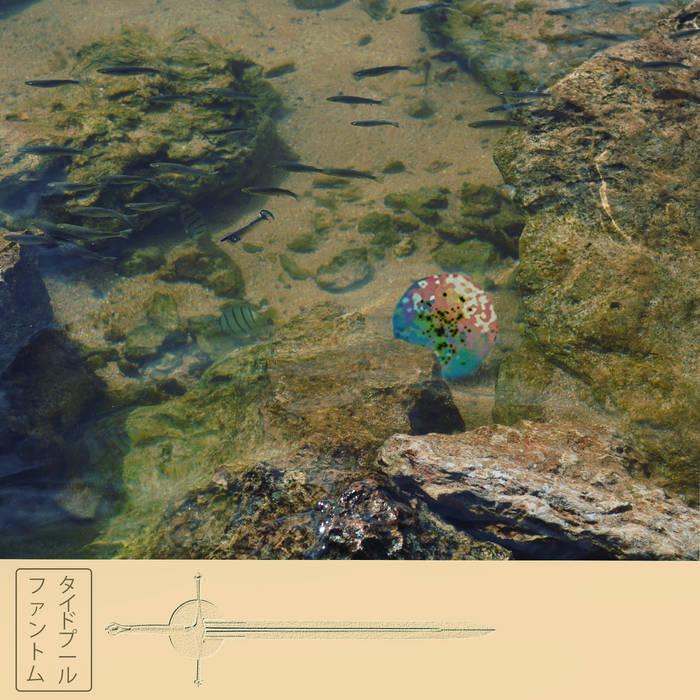 One-person production project Landethics dropped the relatively short but jam-packed 12-track album phantom tidepools on their Bandcamp at the beginning of May. The producer explores a palette of sounds and production styles that falls between windswept Japanese role-playing-game soundtracks that you might hear on turn-of-the-century Playstation games and a hip-hop-adjacent series of grooves built over clipped kick drums and heavy 808 bass thuds. Even within the framework of more neutral, potentially faceless beat structures, Landethics holds our interest with a constant focus on melody and juxtaposed, synthetic tones from the canon of video-game music. It’s not uncommon for a spread of bumping beats to be interrupted by a delicate faux-koto melody that winds its way into the track (as on “hardscape_no.1”) or a wash of squelchy square wave tones that floats through a web of synth arpeggios (as on “seascape_no.1”).

Landethics demonstrates a good ear for mixing and mastering on phantom tidepools, doubtless poring over whatever digital audio workstation they work in and dialing in just the right amount of compression and precise spatialization of sounds across the stereo spread. Tracks such as “windglider_[forward]” showcase the producer’s ability to perfectly integrate lead melodic voices and heavy beat elements, as the track’s central pulsating synth patch shares the space with jittering upper-register details and a backdrop of almost trap-friendly beats focused around a churning bass voice and steady hi-hats.

Whenever a producer name-checks video-game music as a touchstone, especially the music of beloved Playstation-era JRPG games such as the Final Fantasy series, Chrono Cross, Vagrant Story, and other SquareSoft classics, it often proves to be a difficult influence to rise in order to meet. Many producers think that by simply showcasing MIDI-centric synthetic orchestral tones such as mallet voices, pan flutes, and string sections, they are doing justice to the RPG lineage. In truth, those timbral elements are just one piece of the puzzle. More importantly, a mastery of melody and narrative drama informs those soundtracks, and a fine-tuned sense of how to shift the mood from one emotional territory to another, often in the space of a one- or two-minute piece of music. Landethics nails this. Their melodies prove to be totally engrossing and appropriately sentimental, never sitting still as they follow ornate chord progressions and evolve along upward trajectories.

Album highlight “Secret Bog” shoehorns a lot to love into its less-than-two-minute running time: ringing mallet tones; an evocative, constantly pulsating central melody that sounds like a synthetic hammered dulcimer; washes of wispy synth pads that drip off of the sides of the other lead elements. All of these features reach us as frosting over a deeply booming central beat, animated by massive bursts of bass and tightly syncopated snare patterns. “rainforest_ritual,” the longest track on the album at a whopping two-and-a-half minutes, shifts into a headier percussion palette built over tightly sequenced conga and tabla hits, accented with rapidly clicking hi-hats and piano flourishes. The title can’t help but call back to the Rainforest album by “cloud rap” progenitor Clams Casino, whose influence seems to be present in the music of Landethics. Like Clams Casino, Landethics’ production never sacrifices its delicate harmonic sensibility for the sake of the rap-ready beat structures, and vice versa. These two sides of the production boost each other and illustrate a multi-tiered mind capable of integrating seemingly disconnected styles of music into a coherent whole.