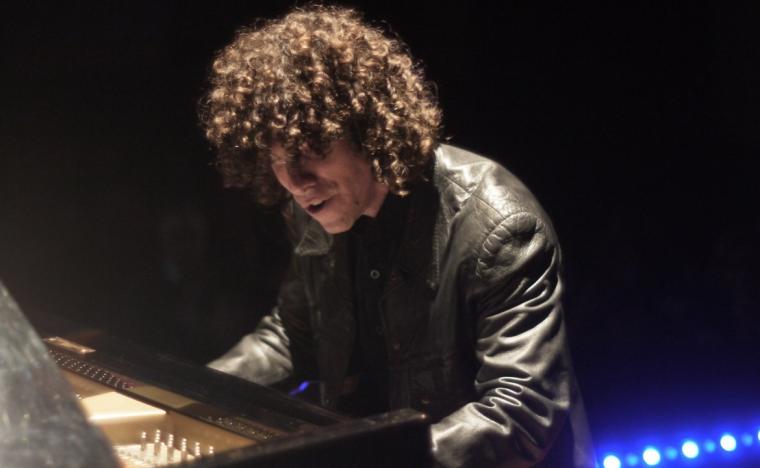 Lauded by Fanfare for his “dazzling technique and white-hot interpretations” and by News Review for his “stunning mastery of the instrument,” the classical pianist, composer, and recording artist Julian Gargiulo performs a virtual concert in celebration of the Figge Art Museum's 15th anniversary, the streaming August 8 event sure to demonstrate why the Huffington Post advised Gargiulo's listeners to “revise any preconceived notions you have about classical-music concerts.”

Born and educated in Italy and possessing dual United States and Italian citizenship, the 47-year-old Gargiulo studied at the Verona State Conservatory, the Mugi Academy in Rome, and the Moscow State Conservatory. In the U.S., he received his Bachelor's degree at New Jersey's Rowan University, his master's degree at Maryland's Peabody Conservatory of the Johns Hopkins University, and his doctor of musical arts degree at the University of Maryland. In 2009, Gargiulo was also named Artistic Director of “Crossing Borders,” a Hunter College program that presents established foreign artists currently living in New York, and in 2010 began writing the classical-music column Mostly Classical for the Cayman Islands' newspaper The Cayman Compass.

Named an official Steinway Artist in 2014, Gargiulo has performed regularly throughout the world in such venues as Carnegie Hall, the United Nations' Dag Hammarskjöld Auditorium, the Moscow Conservatory Hall, Italy's Verona Philharmonic Hall, Australia's Seymour Theatre Center, and The Esplanade in Singapore. Recent collaborations have included performances with soprano Olga Makarina at the Metropolitan Opera; violinists Elizabeth Zeltser, Dmitri Berlinsky, and Lucio Degani; choreographer Neta Pulvermacher; and trumpet virtuoso Joe Burgstaller. Gargiulo's music and recordings, meanwhile, have appeared in numerous movies and documentaries – most recently in the official trailer for the Keira Knightley movie The Aftermath – and the artist is the writer, director, and composer of the 2018 documentary short Getting to Carnegie. The film takes a behind-the-scenes look at Gargiulo's international music competition that he originated in 2015, and which features musicians from around the world competing for the chance to share the stage at Carnegie Hall.

Gargiulo's virtual concert on August 8 begins at noon, with admission $15-20, and a $5 discount provided for those who subscribe to the artist's YouTube channel. A Zoom link will be provided to registered participants on the day of the event, and more information on this and the rest of the Figge's 15th-anniversary programming is available by visiting FiggeArtMuseum.org.