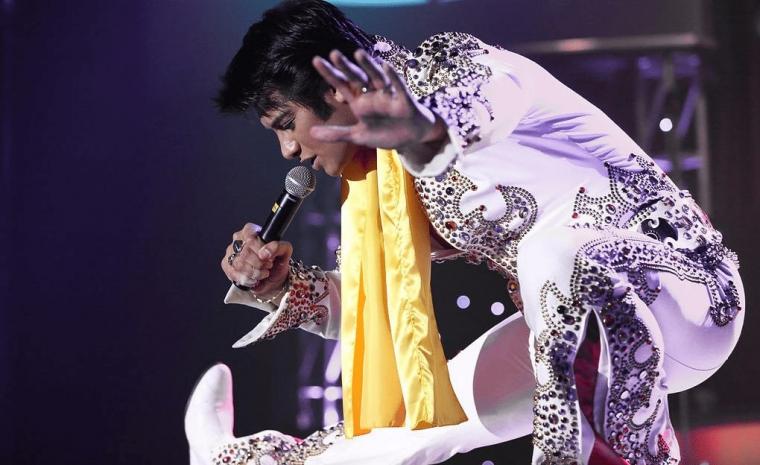 With Maquoketa's Ohnward Fine Arts Center set to re-open by adhering to Iowa's social-distancing guidelines, the venue will officially welcome patrons back on June 27 in the stage celebration Joseph Hall's Elvis Rock 'n' Roll Remember Show, a salute to the King of Rock 'n' Roll led by one of the United States' most lauded tribute artists and a former competitor on America's Got Talent.

A fast-paced production that explores the roots of Elvis Presley and caters to both the young and young-at-heart, Joseph Hall's Elvis Rock 'n' Roll Remember Show finds its internationally touring impersonator supplying the look, voice, charm, and vulnerability of a young Elvis, taking audiences back to a time in which parents were flabbergasted by the man's sultry vocals and flauntingly provocative hip action. With the intermission-mess show achieving a complete and powerful flashback experience, the production recalls the time in which fans first fell in love with the talented, handsome, high-spirited young man who would top the Billboard charts dozens of times over, with Joseph Hall's Elvis Rock 'n' Roll Remember Show delivering a masterfully produced mixture of rock, country, and gospel hits, multiple costume changes, and a heartfelt tribute to America's veterans.

Born in 1984, Joseph Hall has been paying tribute to the legacy of Elvis Presley since 2006 and began appearing on NBC's America's Got Talent in 2008, eventually making six TV appearances viewed by more than 90 million people and placing as one of the competition's top 10 finalists. Since then, Hall has performed worldwide in venues ranging from Las Vegas, Nevada, to Porthcawl, Wales, and among the numerous plaudits Hall has received over the past decade is the “Sprit of Elvis Award” award from Elvis Presley Enterprises. A resident of Branson, Missouri, Hall states, “My goal is to capture the essence of Elvis Presley, to pay tribute with the utmost respect to his legacy, his music, his image, and – above all else – his devoted fans.”

Joseph Hall's Elvis Rock 'n' Roll Remember Show hits the Maquoketa stage at 7 p.m. on June 27, and the venue will only be selling 30 percent of its 871 available seats to leave plenty of room for social distancing. Face masks are recommended but not required and temperatures will be taken at the door, admission is $13-25, and more information and tickets are available by calling (563)652-9815 or visiting OhnwardFineArtsCenter.com.