Virtual Concerts: Joseph's “All the Songs We've Ever Played,” October 8 through 10 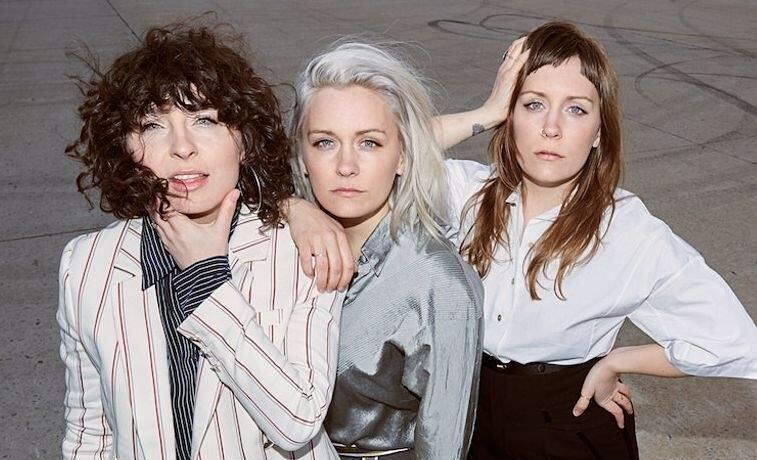 Presented by the Englert Theatre

Praised by Paste magazine for their “honest words and genetically perfected harmonies,” the sibling pop/folk musicians of Joseph celebrate their repertoire through a trio of livestreamed concert events co-sponsored by Iowa City's Englert Theatre, the October 8 through 10 All the Songs We've Ever Played series boasting one night each for each of the band's three albums to date.

With its musicians originally from Portland, Oregon, Joseph was formed when Natalie Closner Schepman, who had been pursuing a solo career as a singer/songwriter, recruited her younger twin sisters Meegan and Allison to join her on vocals for a new project. They chose their band name as a tribute to the Oregon town of Joseph and their grandfather Jo, and self-released their debut album Native Dreamer Kin in 2014. With Whatsup magazine raving about the album's “eerie and beautiful spirituality” Joseph quickly built a following playing intimate house shows as a trio accompanied by acoustic guitar and foot drum.

The band was signed to ATO Records in 2015, releasing an acoustic two-song digital ATO Sessions EP and accompanying video series. Later that year, Joseph recorded and released their sophomore album I'm Alone, No You're Not, which debuted at number one on Billboard's Heatseekers chart and remained at the top of that chart for two weeks. They released their first single “White Flag” in May of 2016 with a premiere on NBP's “Songs We Love,” and “White Flag” reached number one on Billboard's Adult Alternatives Songs chart that October. I'm Alone, No You're Not also charted on Spotify's U.S. Viral Top 10 days after its release, and that fall, Joseph launched an a cappella covers contest that included submissions from fans, amateur musicians, and college a cappella groups.

Joseph made their television debut performing “White Flag” on The Tonight Show Starring Jimmy Fallon, and later appeared on programs including Ellen, CONAN, CBS This Morning, and NBC's Today show. The band has also performed at such prestigious international festivals as Coachella, Lollapalooza, Bonnaroo, the Newport Folk Festival, and Glastonbury, and released their third album, Good Luck, Kid, is September of last year. According to Stars & Scars, “Good Luck, Kid is the album that will inspire you to push yourself, call upon a reflection of your past, and make you dance in celebration all at the same time, and if I had any say in it, I would gladly hand Joseph the keys so that they’d be able to drive themselves to wherever it is amazing artists go when they’re ready to take over the world.”

Joseph's livestreamed All the Songs We've Ever Played concerts begin at 8 p.m. October 8 through 10, with each night featuring the repertoire from one of the band's three albums (presented in chronological order), and with all three shows also available for a 48-hour re-broadcast. Virtual tickets are available for $15, with merch-and-ticket bundles $49.99-74.99, and more information is available by visiting TheBandJoseph.com.