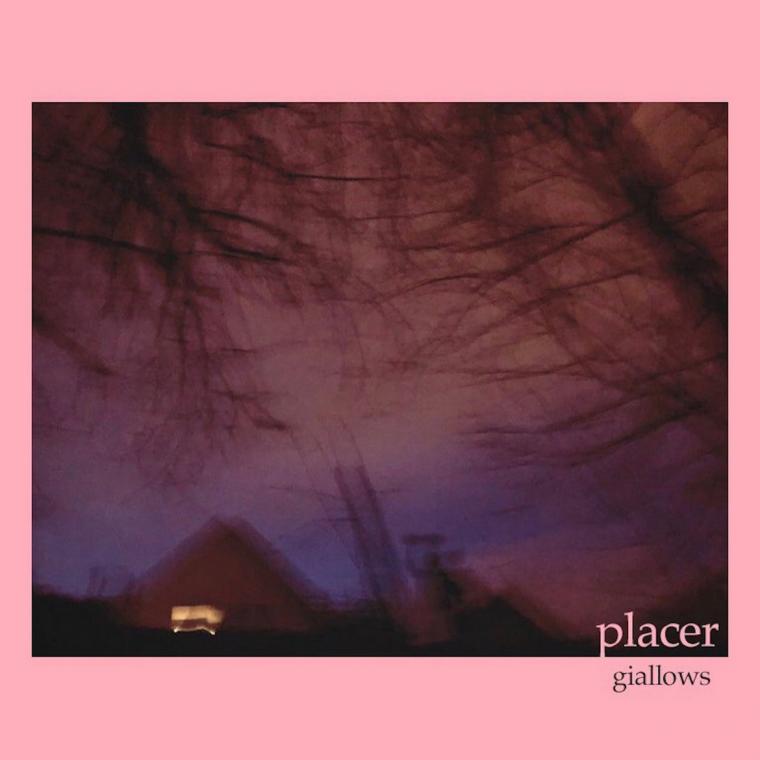 The latest release from Davenport's Giallows finds the band continuing their mission to create as much music as possible in as many configurations as necessary.

They've been a quintet at their largest, captured on their debut EP – a concise, three-song shot of heavy, crunchy guitar tone, catchy vocal hooks, and psychedelic atmosphere featuring the now-departed Jeffs Carl (Croatians, Leather Parachute) and Loder (The Last Glimpse) on drums and guitar, respectively. Their smallest iteration saw them play two captivating shows and a radio session last fall as a goth-influenced keys-and-vocals duo, concurrent with the release of Singles, a collection of cold and obsessive synth-driven industrial music.

Since the sabbatical of keyboardist Andrew Cline (aqualife, Mountain Swallower), Giallows has been functioning as a guitar, bass, and drums three-piece, initially playing older songs with reductive arrangements. Since the beginning of the year, the trio (now consisting of bassist/vocalist Devin Alexander, guitarist/vocalist Adam Wesconsin, and drummer Ryan Collins) has moved into new territory yet again, with a new emphasis on improvisation. With the exception of an April single, the bleak electronic dirge "The Sun Falls Down (Plague Music)," each of Giallows' releases since February has been the result of improvisations recorded at live shows or edited down from sessions in their Davenport basement studio.

Giallows have taken the even riskier step of broadcasting their weekly basement jams live on the Internet. Initially available as Facebook Live videos, the band has moved its live sessions to the streaming platform Twitch. The intention is to circumvent the inevitable attempts by the Facebook algorithms to limit their audience and delay the visibility of their streams.

The source of Placer was their first Twitch broadcast from May 21. The five tracks found on the digital release (available to stream and download on Bandcamp with the rest of Giallows' music) are largely collections of riffs rather than meandering jams. Their influences pop up through the riffs (a little Hawkwind here, a little Joy Division there), but considering their stated aesthetic ("Altrock meets Italian horror"), it's a surprise to hear a band with such lofty ambitions bringing it back to two-chord rock basics. 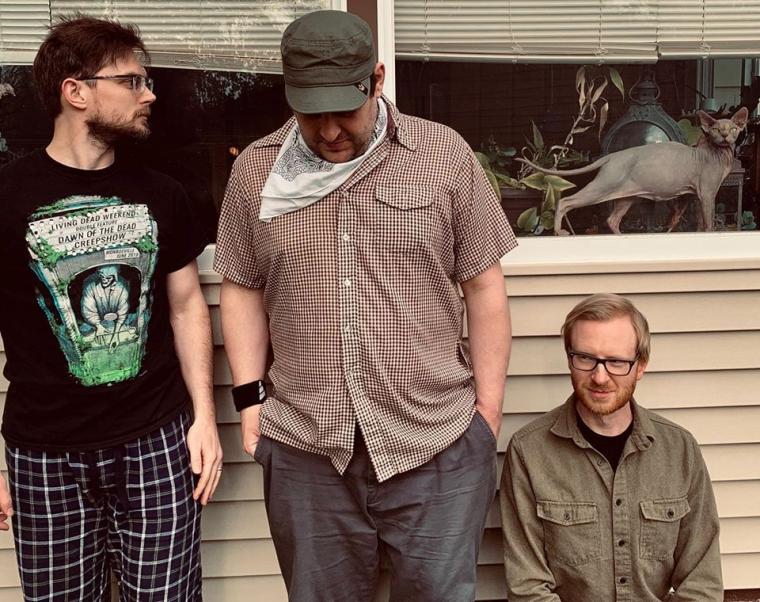 The best of the lot are "Infection or Inflection" and "Cities by Starlight." "Infection" is the shortest track on the album – two minutes and 43 seconds of biting surf and post-punk riffs that feel like a lost Chrome track. "Starlight" sounds like just that – eight-and-a-half minutes of shimmering guitar that wafts from the speakers like steam from a sidewalk grate, all pink hues and orange light pollution mixing with the celestial glow. Out of the five, this one feels most like a "song," as its emotionally evocative minor-key theme, complete with tasteful applications of chorus and panning, builds into a distorted crescendo that wanders and returns easily to its starting point. Its reprise is decorated with deliberate and well-timed whammy bar. The relaxed pace gives the drums more room to shine, as well.

One of Giallows' hallmarks/staples is their use of absurd amounts of effects pedals for both guitar and bass. Unlike other bands, however, Giallows use theirs deliberately to color the numerous riffs found on Placer, rather than compensating for lack of skill or imagination. This adds character to each new segment, as well as tonal variety. The tech-worship isn't just limited to effects boxes. "Layabouts" sees the addition of an OP-Z miniature synthesizer, which functions as an imitation organ that kicks off an uncharacteristic head-nodding groove. The tonal foundation provided by the faux-organ, while keeping sonically with the Italian horror-film soundtracks beloved by the group, simultaneously fills the keyboard-shaped hole left by Cline and allows Adam to pause for inspiration before slinging his Jazzmaster back on. The bass and drums build a simple, near-reggae rhythm while the OP-Z sets the atmosphere; Wesconsin switches to guitar for the last half of the song, laying down a no-frills solo to close it out. With its easy groove and smoky atmosphere, "Layabouts" would make an excellent hip-hop or club sample.

The Marine Corps has a long-standing mantra that is drilled into recruits. As their Web site states, "Marines are trained to improvise, adapt, and overcome any obstacle in whatever situation they are needed." Giallows are as far from the United States Marine Corps as can be, ideologically and otherwise, but the same mantra holds true for both organizations. They've been adapting as long as they've been a band, switching genres and personnel as necessary, and have now embraced the tenet of improvising, at least on a musical level. As a result, they are finding ways to overcome the challenges of a world temporarily without live music, and creating new music as they go.

Giallows' weekly livestream jams can be viewed every Thursday night at 6 p.m. at twitch.tv.giallows. All of their music is available for paid downloading and free streaming at Giallows.bandcamp.com, and they are active on Facebook at Facebook.com/giallows.