Get Down, Then Get Real: Trails & Ways, November 4 at Rozz-Tox 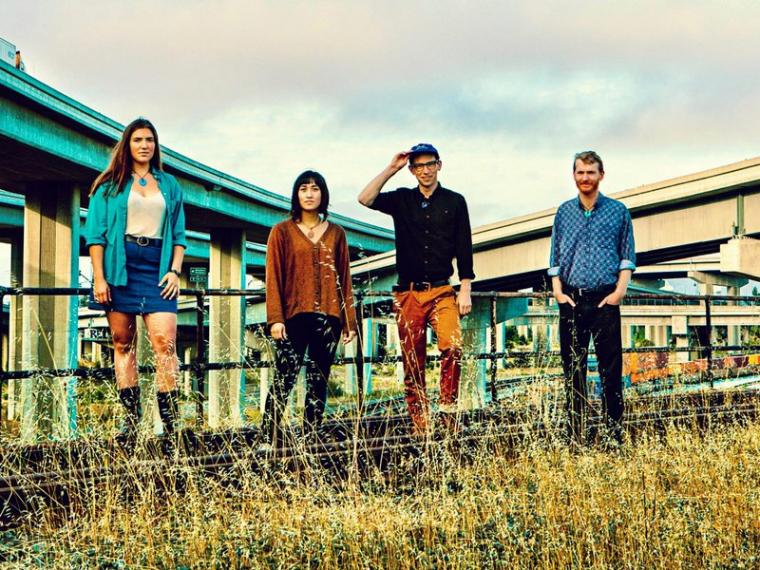 On the California-based pop band’s 2016 Own It, drum machines and danceable beats almost obscure the anti-capitalist politics on the first few listens, making it easy to miss Brown’s message: to make personal changes that will result in a “more just, beautiful, socialist world,” as he wrote on the band’s Facebook page.

Lead track “Get Loud” features a quick electronic drumbeat followed by bright guitar chords, with the fast-paced bass line coming in just before the vocals start.

“How Do I Turn” is a dreamy call-and-response backed by breezy guitar and soft synthesizer chords. It’s easy to get lost in the layers of sound, even with the message right at the forefront of the song.

“I’ve always loved the idea of our music being something that just feels really good,” Brown said, promoting the band’s November 4 show at Rozz-Tox. “The first time you put it on, ... you don’t need to necessarily dive head first into the theme.”

But the theme is ever-present for Trails & Ways. On “Get Loud,” Brown asks: “Could you make selflessness feel easier for me?”

That directness addresses one criticism the band has faced. In a review of 2013’s Pathology, PopMatters.com wrote: “The band seems devoted to introducing world rhythms into American pop, and perhaps they should just follow that path. Or perhaps, next time out, they’ll have figured out how to include the political and social more directly into their lyrics, making their world views match their world sounds.” With Own It, Brown has managed to do just that.

“As you stick with it [our music] longer, it can open spaces for you to start asking questions or fleshing out your own ideas in a way you wouldn’t otherwise,” he said.

He started analyzing his own life when thinking about the work of Grace Lee Boggs, an activist he considers a major influence. He discussed how she emphasized personal transformation being the first step to creating a more just society.

“I really did a lot of thinking about what in my inner life holds me back,” Brown said. “Selfishness, materialism, and vanity really keep me from being as brave and selfless as I could be.”

“Could you teach me how to live without my things?” he asks in “How Do I Turn” – one of many examples of self-examination on the album.

Members of the band worked collaboratively on everything for their previous two releases – an extension of the fact that they got to know each other while living in a commune.

But Own It was different. Brown mentioned “taking an independent charge” to write and develop all of the songs himself, with the exception of a few parts that other members of the band wrote in the studio.

“I had this whole socialist vision of better art being made out of a democratic socialist process,” he said of the band’s previous writing process. “With this record, it really hit me that if I wanted to write more from the heart and off the cuff, then the more personal approach, the more direct and independent process, worked out well.”