From Galesburg to Wrestling: The Mountain Goats, October 3 at Codfish Hollow Barn 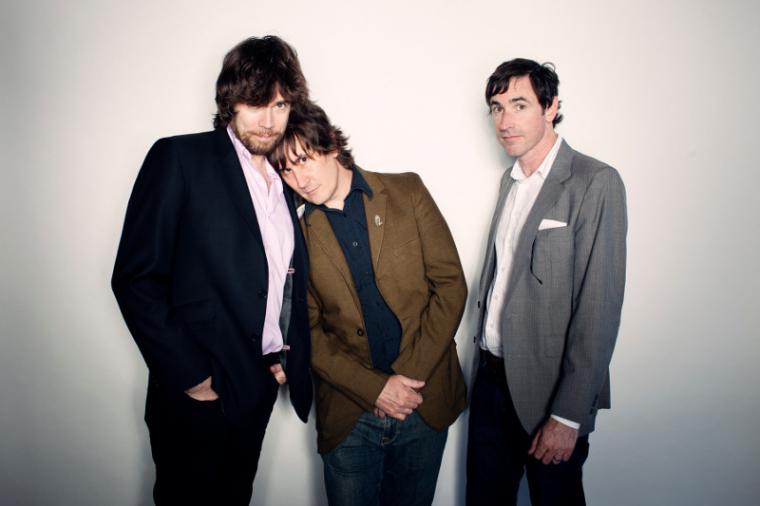 John Darnielle specializes in bringing the humanity out of unexpected places, from professional wrestling to nearby Midwestern towns.

He’s the songwriter, guitarist, pianist, and vocalist for the Mountain Goats, who will be performing October 3 at Codfish Hollow Barn in Maquoketa. Rolling Stone dubbed him “rock’s best storyteller,” and fans launched an effort in 2012 to get him chosen as poet laureate of the United States.

Although Darnielle is based in North Carolina, he’s also lived in Chicago and in Ames and Grinnell, Iowa, and strands of the Midwest have run through his work.

In 1997, the Mountain Goats released an album called Full Force Galesburg. “Weekend in Western Illinois” is a song that could make someone from Galesburg homesick, even though it’s clear that Darnielle is describing a version of the town that only exists in his head. He sings of endless dandelions and uniquely wise dogs and being hotly in love.

The inspiration for the album and the song came from a train trip Darnielle was taking on his way to move in with his girlfriend in Grinnell.

“The train pulled up at Galesburg and I saw a dog in somebody’s backyard across the tracks, and I had this vision of getting off the train and disappearing into Galesburg,” Darnielle wrote in an e-mail interview. “Ridiculous romantic stuff that wouldn’t work out like it seems in that half-minute of what-if.”

When he made Full Force Galesburg, Darnielle would write a song and record the album version the same day. With the exception of a few tracks, it was recorded on a boombox while he was staying in Grinnell. “My earlier stuff was very much about capturing a moment,” Darnielle wrote.

While anyone can tell that this album was recorded on less-than-professional equipment, the tinny vocals and guitar don’t obscure Darnielle’s storytelling. He finds these little scenic details and juxtaposes them with being in love, giving people a renewed perspective on the region.

“You turned to me and asked me if I’d always be your boy, as we drove across the river into western Illinois,” Darnielle sings on “Twin Human Highway Flares.” “And on the railroad bridge, half a mile of solid steel, wheels were spitting out sparks, scraping at the rails, wind in your hair all right.”

The latest Mountain Goats album, Beat the Champ, started with a track called “Hair Match,” detailing a style of wrestling match that culminates in the shaving of the loser’s head.

“It seemed like such an obviously operatic trope,” Darnielle wrote, “this public emasculation, this really dramatic denouement. The song was long and slow, and I thought, ‘You know, there’s something in there.’”

The song builds as Darnielle describes the result of the hair match, accompanied mostly by a simple guitar line. Percussion and wind instruments roll into the track, holding notes like the breath someone might hold in the moments before the razor starts taking off strands of hair.

“Somewhere along the line, I’ll start asking questions about how the songs I’m writing relate to each other or might fit together, and that’s when the album idea coalesces around the work already in progress,” Darnielle wrote. “Usually. Not always.”

After some more writing, Darnielle had an entire album’s worth of songs about professional wrestling. While many of the songs are more intricately arranged than past Mountain Goats’ songs – such as the orchestral sound of “Southwestern Territory” – there are others that aren’t far from Darnielle’s work on Full Force Galesburg.

“The Legend of Chavo Guerrero” is an upbeat song with backed by Darnielle’s forceful acoustic-guitar strumming and some drums. “He was my hero back when I was a kid,” Darnielle sings. “You let me down but Chavo never once did. You called him names to try to get beneath my skin. Now your ashes are scattered on the wind.”

The song shows that Darnielle’s unusual skill of weaving personal experiences into places they don’t belong – whether it’s Galesburg or wrestling – hasn’t waned at all in two decades.

The Mountain Goats will perform on Monday, October 3, at Codfish Hollow Barn (5013 288th Avenue, Maquoketa, Iowa; CodfishHollowBarnstormers.com). The 7 p.m. all-ages show also includes Oh Pep!. Tickets are $25 in advance or $30 at the door.

For more information on The Mountain Goats, visit Mountain-Goats.com.

Hannah Bates is a recent St. Ambrose University graduate who likes music more than she likes most other things. She can be reached at bateshannaha@gmail.com.