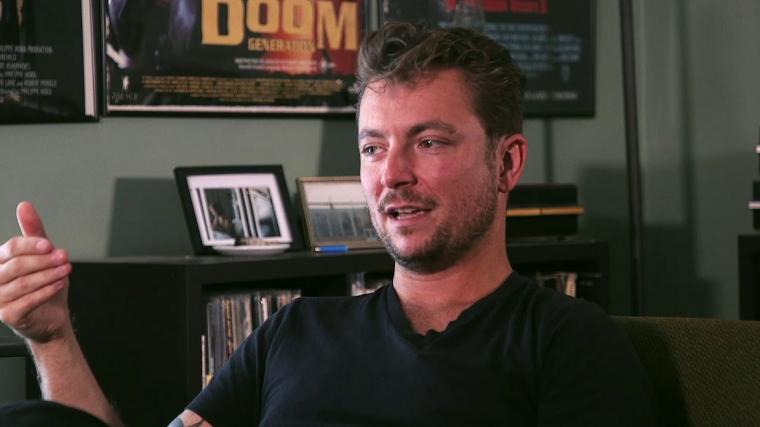 Radio host, podcaster, and DIY history buff Kristian Day has become a patron saint and detailed archivist of the criss-crossing underground music circuits of Iowa. His podcast Iowa Basement Tapes has logged over 100 shows to date, all of which focus on bands that have essentially been forgotten by time, mostly after years of inaction.

Any given band that Day digs up might have only “released” one demo tape that got circulated among friends or sold to attendees of a small house show. Maybe a band here or there ended up recording a proper studio album or EP, or maybe they even ended up building a catalog of releases before calling it quits because someone quit or band members’ jobs got in the way of any possible attempt to “make it big.” Though some bands that Day features have recordings that date back to the late-'90s or earlier, most of the projects on Iowa Basement Tapes were making music and touring in the period from 2000 to 2015. This puts the archive in a curious position as a historical resource: The recordings are too recent to feel like relics of some other time, but also just old enough and unknown enough to feel like documents that would never reach the light of day again, at least not on any slightly public stage, without Day dusting them off for us to see.

The bands typically predate digital-media interfaces such as Bandcamp, the de facto home for self-released music these days, so their music ended up on small editions of CDRs or cassette tapes. But thanks to Day’s archiving efforts, these releases have a centralized home on Bandcamp now and are fully streamable for your Iowa DIY scene-exploring pleasure. The Iowa Basement Tapes Bandcamp page contains a massive trove of music, currently counting around 150 releases in its ranks. Most bands fall under the umbrella of underground punk or rock, with a strong slant toward hardcore and scuzzy, lo-fi projects saturated in distortion and piercing cymbal crashes. Scanning through the root directory for something to check out can feel pleasantly overwhelming at first. Many of the albums have their original rudimentary artwork uploaded in the form of photocopied, monochromatic cassette J-cards or photos of the CDRs themselves, scrawled with sharpie notes about what lies within.

Any sort of comprehensive appraisal of the full archive would be a monumental task to undertake, and essentially unnecessary, because Day himself has already done the work to get all this music together. Whenever any information about the history of the band or the origin of the recording is available, Day includes it as a supplement in the Bandcamp page notes, typically little more than a paragraph stating who the band members were and where the release was recorded. With so little information, dipping in to the archive is wonderfully disorienting, like being immersed in an alternate timeline with its own marquee stars who just happened to be Iowans jamming for their buds in a basement somewhere, covered in sweat, maybe a half-dozen beers in them, living out their own dreams.

Let’s take a look at a selection of uploads to the archive. I could pore over the sum total of the archive all day long, no joke, but here are five that really grabbed me. (Note: Day repeatedly makes clear, as per his disclaimer, that “This archive of DIY music is only intended to preserve and circulate. No profit is intended to be made.”)

Totalling less than 20 minutes of music, these two demo tapes by Iowa City hardcore crew Nerv blast at us with a compelling breed of self-aware punk aggression and short, tightly coiled songwriting. Songs usually clock in at around a minute, in the classic hardcore tradition. Nerv clearly weren’t sloppy kids just messing around on their instruments: They knew how to lock together into tight, cyclical riffs, how to keep their song structures varied even within the space of one minute, and how to push their miniature narratives forward with shifts in tempo and sudden upheavals in form. Quite frankly, Nerv really f---ing rip. The singer’s contributions to the squalling atmospheres prove to be some of the most striking, as he shouts over the band in a detached, martial monotone, at times with a inkling of the wild-eyed carnival barker mania that animated early David Byrne performances with Talking Heads. Far from the guttural howl of many bands in this style, his clear singing style makes sure that you can hear every relatively well-enunciated word that comes out of his mouth, which lends Nerv’s music a prickly, sardonic kind of energy – more controlled diatribes against humanity than pure unbridled chaos. Highly recommended for those looking to bask in some heavy bad vibes for 20 minutes or so. (Note: you can find a couple physical copies of Nerv releases on Discogs still.)

Wow, hell yes. Bruising metalcore intensity emanates from this long-defunct Cedar Falls four-piece. This six-track EP clocks in at around 15 minutes, but doesn’t sound anything like a demo tape you’d hand out at a basement show. This is expertly produced material, with massive, crushing guitar licks, professionally recorded drums, and an overall crystal-clear mix that balances all the moving parts of these tracks well. Agress sound like they drew some influence from Jane Doe-era Converge, with the band’s beyond-fried guitar tones, pummeling and fast-changing riffs, and passages that shift the track’s mood to highlight the rhythm section chugging against shapeless guitar feedback. The moments in which the band jacks up the tempo and launches into full-on metal blast-beats within an otherwise more steady, stomping punk shell are a major thrill. Agress know how to write a song, for sure. Riffs that lesser bands would stretch out to constitute an entire song appear here as just one small detail within an evolving palette of contrasting passages. Check out “Goodbye,” which manages to speed through like seven different riffs in its second half, stitching them all together with unlikely aplomb. The band leaps from lumbering half-time grooves focused on killer, sizzling bass tones into a rapid succession of dissonant riffs built on squealing guitars and double-time drum fills. Over all of this, the singer shreds his throat with an impassioned shouting style that you can just imagine would spew spit onto the crowd members in front of him. Spit notwithstanding, I would go see this band live in a heartbeat if I had the opportunity while they still existed (and, you know, if live shows still happened).

Here’s a chunk of absolute scuzz. Given the barely audible recording quality, probably recorded from one room mic, basically all guitar distortion and cymbal crashes with the occasional burst of mid-range bass cutting through, Sioux City’s Rusalka clearly didn’t have the resources to put together a professional studio session – but that does not matter in the slightest. These are basement tapes, all right? Rusalka slay. Somewhere between an unhinged noise-rock band and a lo-fi black-metal project, the four-piece never sits still over the course of their relatively lengthy pieces here (based on the standard set by the other typically grind-minded hardcore crews in the archive). First track “A Midwest Tale of Tragedy” stretches to seven minutes, and contains passages that span more disparate genres than you can reasonably keep track of. Sometimes the band speeds through unintelligible tremolo-picked riffs in the “blackened” style (i.e. flick that wrist as fast as you can and cut out that continual Entombed-style buzzsaw riff). At other times, they crumble into bursts of arrhythmic noise where the guitars run wild with peals of feedback and piercing tritones. Shards of mutated death-metal riffing even pop up in here, when the guitars lock into syncopated start and stop rhythms against more gridlocked drum patterns. The shorter tracks that round out the Rehearsal Tape skirt closer to more conventional hardcore in their truncated volleys of pointed aggression, but the in-the-red distortion of the guitars continually pushes the vibe closer to freeform noise rock in the style of bands such as Fat Worm of Error or Sightings. Think that school crossed with Darkthrone or early Emperor and you’re almost there. What Rusalka lack in recording fidelity, they make up for with ravenous energy and unpredictable songwriting.

Only Ten Between Us, Youth Posi Snack Attack (originally released in 1997)

With a name like Youth Posi Snack Attack, you might have some idea that you’re not gonna find any overly-aggro hardcore histrionics on this one. But it’s not all rainbows. Davenport’s Only Ten Between Us are firmly a hardcore band, with their minute long songs built on sprinting three chord riffs, many of which take a minute for the band to decide on a tempo. The teenage gang vocals here are sincerely charming. You gotta love a band called Only Ten Between Us starting off the first track on their only recording that exists with a kid shouting the phrase “ONLY TEN BETWEEN US” with a crack in his voice. You have to guess that these dudes were like sixteen when they recorded this, given the chirpy, barely pubescent ranges. Though this is positive hardcore, it’s not without its barbs, always directed at those who take themselves too seriously, or can’t get over their own too-macho tendencies. It’s almost a paradox: here’s a band trying to encourage us to have fun and get over our hangups, yet the music generally manifests with a claustrophobic bent, sounding like kids clawing their way through their local scene and taking no prisoners with those who would try to block their energy.

Another Cedar Falls band, Imaginary Friends ends up falling far from the usual hardcore or hardcore-adjacent template shared by many projects that appear in the Iowa Basement Tapes. With virtually no info other than “Cedar Falls” listed here and an album cover that looks like a grayscale scan of a design that originally appeared on a chess box, you might expect this to be a lo-fi punk jammer. Instead, Imaginary Friends lands closer to long-form, hallucinatory rock in the neighborhood of early Pink Floyd, with stops in the realms of stoner metal, slow-building post-rock atmospheres, and even Beatle-esque pop pleasantries. The first track “Another Comeback” clocks in at a massive 20 minutes, and the band proves capable of populating that with a dynamic narrative that shifts through many discrete moods and styles of performance. Some segments bash out of the speakers with bass-heavy, down-tuned riffing in the vein of Sleep. Other passages sound like melting Harry Nilsson with their layered vocal harmonies and bright piano melodies. The presence of a wide array of non-rock instruments is perhaps the biggest surprise here, as fragments of accordion, melodica, flute, auxiliary percussion, and various keyboards pop into view, often leading the atmosphere away from basement rock somewhere in Iowa into the territory of heady English prog.