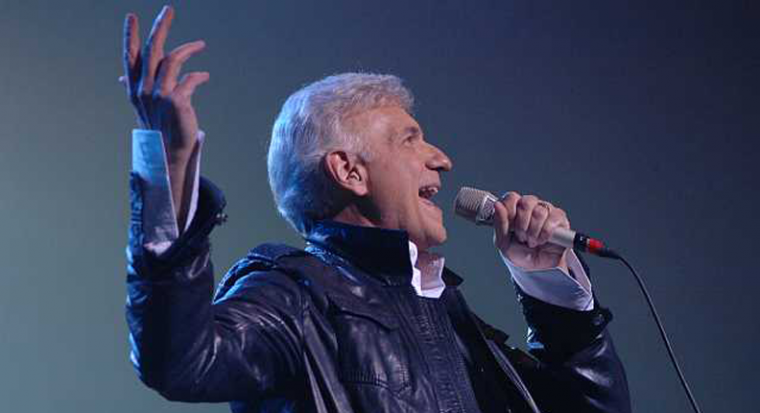 Forty-three years after its release, the album that turned Styx into rock superstars – 1977's The Grand Illusion – will enjoy a thrilling live performance when the band's co-founder and his touring outfit Dennis DeYoung & the Music of Styx bring The Grand Illusion 40th Anniversary Tour to Davenport's Rhythm City Casino Resort Event Center on March 13, an event boasting iconic, chart-topping songs such as “Come Sail Away,” “Fooling Yourself,” and the unforgettable title track.

Formed in Chicago in 1972, Styx was famed primarily for its albums released in the late 1970s and early 1980s, its musicians lauded for melding hard-rock guitar balanced with acoustic guitar, synthesizers mixed with acoustic piano, upbeat tracks with power ballads, and incorporating elements of international musical theatre. The band established itself with its progressive-rock sound in the 1970s, and began to incorporate pop- and soft-rock elements in the 1980s. Best known for such Billboard hits as “Lady,” “Come Sail Away,” “The Best of Times,” “Too Much Time on My hands,” “Mr. Roboto,” and the chart-topping “Babe,” Styx had four consecutive albums certified multi-platinum by the RIAA, as well as 16 top-40 singles in the United States, eight of which hit the top 10. Of the band's eight Top 10 singles, seven of them, including “Babe,” were written and sung by founding member and former lead singer DeYoung, who stayed with the group until 1999 and has been performing and touring with Dennis DeYoung & the Music of Styx for most of the last decade.

With the group currently composed of lead vocalist DeYoung, guitarists August Zadra and Jimmy Leahey, bassist Craig Carter, keyboardist John Blasucci, drummer Michael Morales, and singer Suzanne DeYoung (Dennis' wife of 40 years), The Grand Illusion 40th Anniversary Tour finds Dennis DeYoung & the Music of Styx performing the album live in its entirety, along with all of Styx's Top-10 hits and classic anthems including “Renegade,” “Blue Collar Man,” and “Suite Madame Blue.” Grand Illusion itself, Styx's seventh album, was a triple-platinum-selling sensation for the band upon its release in the summer of 1977, and some estimates have the album currently boasting sales of more than five million.

Dennis DeYoung & the Music of Styx brings The Grand Illusion 40th Anniversary Album Tour to Davenport on March 13, admission to the 8 p.m. concert is $27-60, and more information and tickets are available by calling (844)852-4386 or visiting RhythmCityCasino.com.