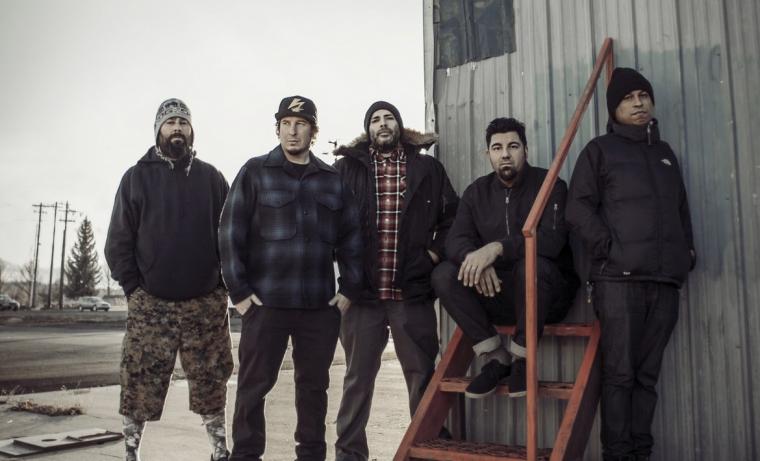 Among all the nü-metal bands that came to prominence in the late '90s and early '00s to bridge the gap between pop radio and dissonant, heavy sonics, it sure seems like Deftones have aged the most gracefully.

Korn’s guitarist Head played their classic song “Blind” on live television with none other than Mike Huckabee on bass (?!), and though the band’s influence can still be felt in unexpected pockets of modern music like Rina Sawayama’s incredible SAWAYAMA LP from earlier this year, it seems like their reputation within their wide circle of dedicated fans never quite recovered from their dalliances in the world of EDM. Like Rage Against the Machine before them, System of a Down’s lacerating political anthems continue to galvanize new generations of fans, and yet their drummer John Dolmayan recently revealed himself to be a major public supporter of Donald Trump and his administration, flying in the face of the band’s vehemently leftist politics and causing major intra-band disputes that have consistently made headlines in rock mags for the last year or so. Limp Bizkit, of course, continues to be Limp Bizkit.

While this thickening mire of surprise right-wing allegiances and general tastelessness has cast the genre of nü-metal as the punchline that many had always assumed it was, Deftones have continued to expand their catalog in interesting directions, offering variations on their signature hyper-emotional yet bruising take on metal that could also be considered, in the grand scheme, a gnarled offshoot of pop composition.

In an interview with Vulture, beloved lead singer Chino Moreno addressed nü-metal’s status as a guilty pleasure or a potential source of embarrassment for listeners that enjoy it: “They always felt guilty about listening to certain things. I don’t think it’s us so much but definitely Limp Bizkit and shit like that. I think mother---ers were embarrassed for that shit back then, too. […] So it’s not like in retrospect they’re like, ‘I can’t believe I listened to that.’ It’s like, ‘No, when you listened to it then, you knew it was dumb, but you liked it.’ And that’s okay. No one should be embarrassed by shit they like that’s dumb.”

It’s worth noting here that Moreno draws a distinct line between the “dumb shit” purveyed by Limp Bizkit and his own band’s music. Though Deftones and Limp Bizkit might be lumped together in music history from a zoomed-out perspective, Deftones have always adhered more closely to songwriting strategies focused on murky atmospherics, heart-on-sleeve vocal melodies, and introspective lyricism – while Limp Bizkit wallowed in the pit of, you know, a white dude rapping juvenile verses that propagated violence and wanton misogyny. That’s not to say, in its own way, that some of the music of Limp Bizkit doesn’t slap. If you hold your nose and get past Fred Durst’s puerile presence on every track, you can tap into Wes Borland’s alien guitar work and inventive use of disfiguring effects, along with the band’s atypical instrumentation and caveman-like brutality. As Moreno said, Limp Bizkit’s music confronts you with its brazen dumbness, but it almost forces you to rock along with it through sheer force of will.

Deftones, though, have always been branded by the media as the thinking person’s nü-metal. While broader elements of the style permeate every one of their albums – downtuned power chord guitar riffs, vocals that alternate between guttural howls and floaty, clean-toned melodies – they offer more than enough compositional nuance and experimentation to bewitch fans of more “serious” metal, without even requiring the caveat of being a “guilty pleasure.”

Enter Ohms, the most recent Deftones record, which landed less than a month ago on Reprise Records. Justifiably lauded as a return to form for the band in the wake of a ten-year string of four albums from 2006’s Saturday Night Wrist to 2016’s Gore, which offered plenty to chew on for longtime fans but that failed to really break out of the nostalgia act status still affecting them like nuclear fallout from the early 2000s, Ohms feels like the work of a band reinvigorated by the weight and power that their early classics have accumulated over the years, while still seeking to push their sound in novel directions. 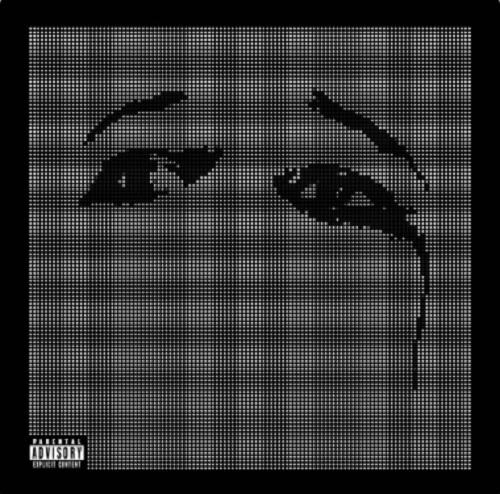 As ever, Deftones generate tension and drama from the juxtaposition between the unpredictable, chameleonic vocal styles of Chino Moreno and the more blunt, metal-fried guitar work of Stephen Carpenter. Carpenter’s descent into even-more-downtuned guitar arrangements has become a meme in its own right as of late, with fans and press outlets harping on the fact that he’s graduated from a standard six-string guitar to a seven-string, an eight-string, and now a nine-string guitar. The wider fretboard and the addition of more and more strings, typically on the low end of the guitar, results in riffs that hit lower notes, approaching the bass register.

Does this guitar arms race make the sound of Deftones markedly heavier? Within the scope of their wide stereo spreads populated by Moreno’s see-sawing vocals, bassist Sergio Vega’s pummeling riffs, and the syncopated blasts of drummer Abe Cunningham – all frosted with a subtle yet undeniably important patina of synths and electronics from Frank Delgado – the answer is a resounding yes. Carpenter’s riffs on Ohms often veer closer to the elastic, bass-saturated guitar tones found within the catalogs of bands such as Sweden’s Meshuggah or France’s Gojira. Extra strings notwithstanding, the guitarist’s general approach to writing riffs has also recently slipped closer to the tropes of progressive death metal or classic thrash metal: instances of fast-wrist double time shred; moments where the level of distortion overwhelms the legible harmony in favor of more textural blasts; segments when any semblance of colorful chord arrangements give way to a monochromatic power-chord style.

Ohms highlight “Urantia” offers up the most cohesive balance between the more impersonal death-metal guitar style and the evocative arrangements that have come to define the Deftones catalog. The song kicks off with, and often returns to, a volley of rapid-fire power chords, but spends much of its running time floating through verses that highlight Carpenter’s lusher chord choices, soaked in delay and reverb. This wispy guitar style serves as the perfect bed for Moreno to do what he does best on the mic, and his vocals here prove to be some of the most affecting and dynamic of any Deftones music since their 2003 self-titled album. His melodies dip up and down the scale during the quieter moments, as he zeroes in on physical details seemingly left after a romantic tryst: “I fiddle around in the ashtray / to find your cigarette pinkish red / I light it and take a drag.” When the verse complicates and Carpenter’s buzzsaw riff kicks back in, the band doesn’t shed the chord progression that they’ve taken time to lay out: instead, the neutral guitar riffing lays on top as an extra layer of rhythm to accentuate Delgado’s electronic flourishes.

In other moments on Ohms, Moreno isn’t afraid to lean into the vocal-cord-tearing singing style that characterized so many Deftones classics (see: “Elite” or "Korea" on White Pony, or the bridge on the immortal “Be Quiet and Drive” on Around the Fur). On “The Spell of Mathematics,” Moreno alternates between a distortion-burned howl and a more even-toned verse melody. The song generates extra atmosphere from the ghostly backing vocals, which drape over Moreno’s leads like a half-remembered after-image of some former evil deed. Afterward, when you hear Moreno suck in air through the distorted vocal filter, it hits as one of those thrilling moments that make Deftones’ music stand out so brightly against the backdrop of other nü-metal lifers: a fine-tuned sense of drama and narrative development, strewn with surprises that upend the current trajectory in favor of something darker and rawer.

Another Ohms highlight, “Pompeji,” starts off with an atypically clean, bright guitar line, but the band starts layering unsettling details over the top: the squeak of the pick against the strings where they meet the bridge up on top of the guitar; the eerie chords pumped from Delgado’s synths. The song rockets between these more subdued verses and a full-on screaming chorus, perhaps the moment when Carpenter’s extra strings matter the most at any point in the album. Here the guitar blends seamlessly with the bass, and cuts through the mix with a raspy, almost burp-like tone.

The fact that Deftones can still write songs worthy of dissecting down to their finest details immediately plants them ahead of their comrades from nü-metal’s initial boom. Instead of harping on the band’s PR stunts or evolving political allegiances, instead of weighing whether or not their music is a guilty pleasure to be listened to in seclusion under the covers at night, we survey Ohms and note its inventive arrangements. We concede that nü-metal has a place in modern music, or perhaps we consider shedding that genre marker entirely and simply addressing Deftones’ music for what it is: metal that connects with fans on an emotional level and generates visceral reactions with its narrative bombast.