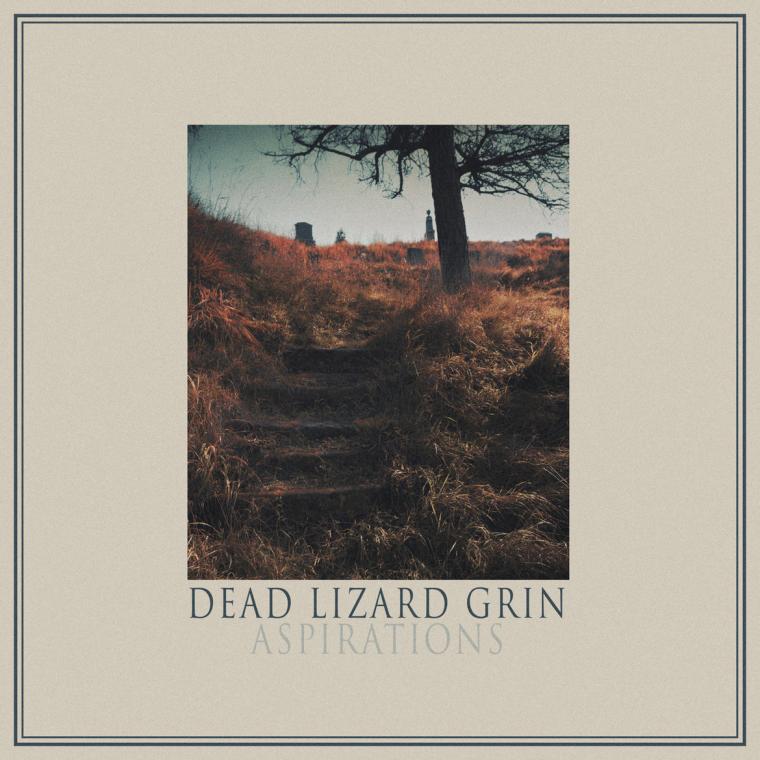 Another month, another spellbinding long-form ambient album issued from Rock Island composer Terry Skaggs, also known under the lower-case moniker dead lizard grin. Aspirations kicks off with something of an aberration for Skaggs, as its title track places his typical expansive drones in the distance behind foregrounded melodies performed on piano and electric piano – all frosted with a ghostly layer of mellotron. While passages of the 20-minute piece recede into near nothingness and focus on the layers of hanging mellotron, other moments hover back into melodic complexity when the keyboard voices enter the frame once again.

Skaggs, as ever, proves to have an adept ear for populating his extended sessions with sound sources that possess pleasantly contrasting timbres, from the granular electronic haze of software synthesizers, to samples of bright acoustic bells and chimes, to the aforementioned keyboard tones, the last of which place this session somewhere between smoky, late night jazz (see Bohren & Der Club of Gore’s Dolores) and swirling ambient stasis (see Jim O’Rourke’s recurring Steamroom series).

In keeping with its pessimistic track title, “(and other catastrophes)” trades in a measure of Skaggs’ typical post-classical grandeur for pure, abyss-dwelling bass and churning, atonal synth bubbles that sound like an engine idling on the side of the highway – all of which sound like they came from the act of slowing down and stretching electronic tones to their lowest, most guttural manifestations in octaves even below the human threshold for low-end perception. Among other touchstones, Skaggs’ liner notes for the album directly reference On Land, an entry in Brian Eno’s classic series of releases under the Ambient title — and moments like these, when vast empty plains populated by ghostly synth figures, low bass hums, and decontextualized field recordings skirt closest to Eno’s work.

Aspirations finishes off with an especially gorgeous piece entitled “To Dream of Far Away Seas,” which zooms Skaggs’ instrumental focus squarely on smeared orchestral string voices, which blur together in his wide stereo spread into a roving series of chord changes and long, yearning tones. When peals of organ enter the fold, the track takes on an almost liturgical atmosphere, like some mournful funerary procession for a renaissance cardinal winding its way through cobblestoned avenues.