Dark Family, "We All Fall Down" and "Coronaroma" 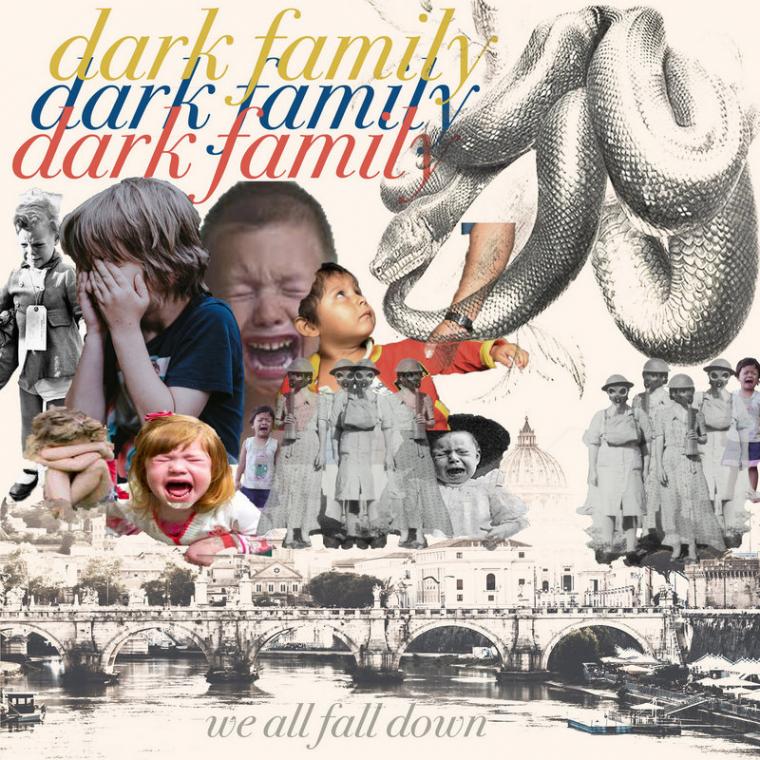 Dark Family, "We All Fall Down"

From a thematic perspective, stalwart free-form rock weirdos Dark Family from Moline seem to have taken the COVID-19 pandemic to heart, dropping two albums in mid-September that seem to float within a more morbid, albeit probably tongue-and-cheek, virus-type mood. The cover of We All Fall Down (you know, like, a “Ring Around the Rosie” plague reference) bears an unsettling collage of children crying, while the sister album Coronaroma carries the plague right there in the title.

Don’t let this distract you from the music contained here, though, as Dark Family’s sonics prove to be more tranquil and even-tempered than the outward signifiers surrounding their music might entail. We All Fall Down seems to serve as the more electrified, psychedelic side of the coin, while Coronaroma feels like a collection of more subdued sketches – though both albums bear plenty of finely wrought details and lovely psych-pop flourishes to plant listeners’ consciousnesses in a bright open meadow.

Who is Dark Family, and what does each member of this gaggle of chill-seeming heads pictured in the band’s portrait contribute to the overall creation of the album? This, my friends, I cannot answer. Needless to say, they seem like a legit factory prepared to pump out psychedelic, slightly twisted psych-rock gems and have clearly dedicated themselves to entertaining the Quad Cities populace, and beyond, with their red-eyed wanderings.

Take “You’ve Got the Key” from We All Fall Down, one of the album’s longest tracks, that gives the band space to stretch out into a zoned-out, almost Carnatic expanse of droning bass lines, sitar-like guitar accents (are they real sitars, or a digital simulacrum?), and washes of effected guitar texture. While these voices wisp through the mix, the lead vocals land in a stoned drawl over the top, carrying enough melody to align the sound with some strain of psych-y, folk-y rock but also clearly not trying to seem like they're trying too hard. The track’s most effective moments come, though, when all vocals and rock instruments fade into the ether and give way to a wash of synthetic strings, sitar flurries, and what sounds like slow-bowed double bass. It’s hard not to look to George Harrison’s “Within You Without You” as the guiding light here, though Dark Family push the Indian classical elements further from tradition and toward the realm of self-nullifying drone bliss.

Throughout We All Fall Down, Dark Family demonstrate their vision of rock music as a canvas for atypical, more foley-derived bits such as field recordings, water and wind sounds, and instrumental input saturated in hazy room tone. The sum total of these accents almost pushes the album into the world of K Records-core lo-fi rock, but for each one of these more space-defining details, the band offers up a vocal line or a guitar passage that hits us in full clarity. The mix of fidelities here lends the album a fractal, scrambled aesthetic that works to build the atmosphere more than turn the focus onto any given chunk of instrumental input. 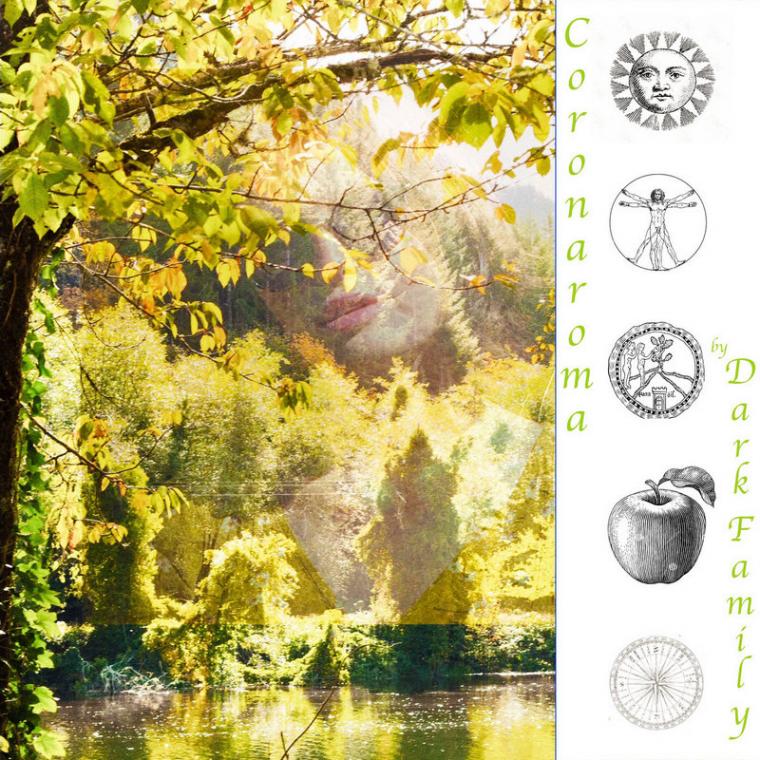 Retreating a week back in time to early September, when Dark Family released Coronaroma, we get a view of the band that seems like the more pleasant, Zen-minded sibling to We All Fall Down’s slightly more chaotic presentation. Here, the band zeroes in on their penchant for augmenting rock instrumentation with dots of impressionistic texture, from recordings of band members (?) talking on the porch (?) to curlicues of forest field recordings, to folky jams that sound like they were recorded straight to tape.

The track “Like A Slow Dream” makes the most of its contrasting guitar tones, from the bright acoustic strums to the more cavernous electric leads, and dusts it all with evocative peals of harmonica and what sounds like harmonium. Album closer “Don’t Bother” manages to split the difference between the more informal Coronaroma and the more “professional” We All Fall Down with its brightly rendered acoustic guitar lines and vocal harmonies, all augmented with crispy electric leads. The track breaks open around the halfway point to usher in a wall of heavy guitar drone and harmonica squeals, which crumbles shortly into what sounds like a band member (again, who knows?) talking off the cuff about a time when she got particularly high. As the interlude continues, the band introduces washes of atonal brass and stumbling guitar lines, perfect for the shambolic vibe of the band as a whole: You might be a little too high for comfort, but your friends are there with you, and even if it gets weird, it’s gonna be totally okay.