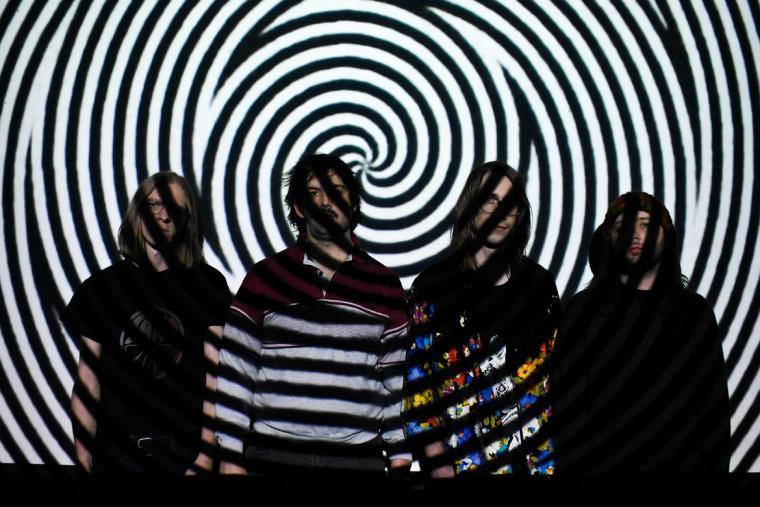 Condor & Jaybird play the catchiest apocalyptic rock you're likely to hear anywhere. They write lightly psychedelic pop-rock songs that jangle and shimmer and tell us not to worry about the end times with blissed-out, soothing voices. Maybe that's why they're the Quad Cities' most popular young band. Or maybe it's the constant gigging, or the easy way their songs make a group of bodies dance without care in a packed room. What matters, though, is that on Friday the 13th, in the full moon's afterglow, Condor & Jaybird will celebrate the release of The Glory, their fourth album and first pressed to vinyl. They'll be accompanied by locals Mountain Swallower, as well as Minnesota's Harakiri and Michigan's Michi Farias, and are asking a mere $5 for admittance to East Davenport's Village Theatre.

Condor & Jaybird use the medium of rock music to remind us that yes, we are in the end times … but don't worry about it. Love each other; relax. Escapist? Hippie-dippy? Yes. But we need it. While show-goers dance a stone's throw from an obliterated Indian mound, the nation that seized the land is falling apart. The residents of Davenport itself can't even drink the water without fear of ingesting industrial chemicals. The world itself is getting stranger; talk of doom is in the air.

Condor & Jaybird are here to ease us through the transition to a new era of change and chaos. Turbulent times are ahead, but their music will last. Long after the grid fails, half-effaced copies of The Glory will be passed around by our descendants. They will scrounge for nails and pen-nibs and sewing needles to pair with ancient junk mail, wet leaves, anything that can form a cone. They will drag these primitive, makeshift phonographs across the surfaces of the warped relics by hand, just so that they might hear those soothing melodies again. And it will bring them peace, just as it brings peace to the minds of the Midwesterners who flock to see them, if only for an hour or so. 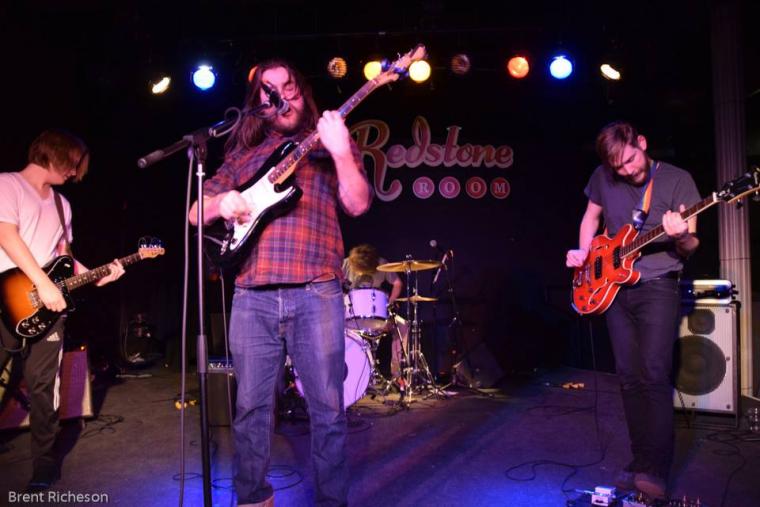 Mountain Swallower play melancholy, melodic rock songs that sway back and forth with their audience, as music, makers, and listeners share a roomwide catharsis. Their music flows into minimal, folky balladry, bombastic indie rock and slo-rise shoegaze. Categories aside, what they really are is raw emotion delivered earnestly with warm amplified crunch. When they want to let go, they roll along like Crazy Horse on their most ragged nights. When you add the excitement generated by their return from hiatus, Mountain Swallower will take a crowd already primed for Condor & Jaybird and loose them into near-ecstasy. 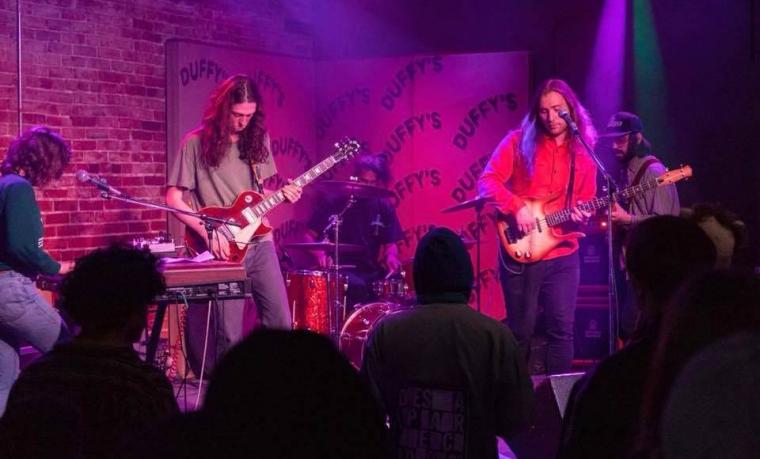 Harakiri are an interesting, jazzy five-piece from Minneapolis. Rather than the brutality their name would suggest, they play bright, detailed compositions with frequent rhythmic changes and an unusual pop streak. They are an unmistakably modern band that manage to soak up '70s prog and fusion influence without trying to be "retro" or fashionable. Largely clean guitars awash in tasteful reverb and delay combine with keyboards to form a watery base; layered, rhythmically complex male and female vocals build and chime around each other in a manner oddly reminiscent of old-school Muzak. Imagine Burt Bacharach and Al DiMeola sharing a hot-tub with a math-rock band.

At times it's a genuinely weird mixture, but always listenable. They've got that lightly trippy shimmer to their sound that the current psych-pop bands love, but they've got instrumental ambition and an unorthodox melodic sensibility unlike any other bands in the Midwest psych-rock orbit, or any other prog band I've heard. Their new EP drops in late spring or early summer, and their "new embodiment of prog psychedelia" can be heard for free on their Bandcamp page. 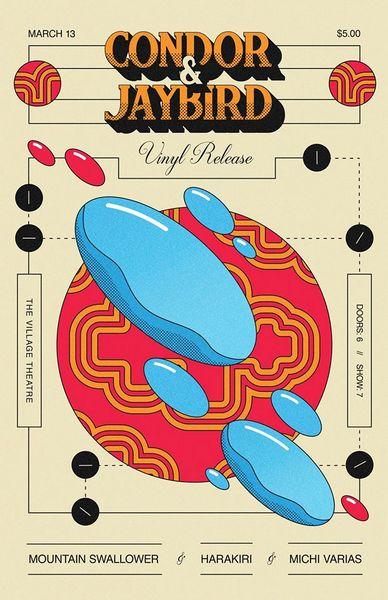 Michi Farias is an unknown element, at least to me. Diligent searches of YouTube and Bandcamp yielded no music; the only clues offered about the Grand Rapids singer-songwriter was the following statement from C&J's Jeramie:

Michi Farias is an artist discovered in a basement of Grand Rapids, Michigan – once I heard her voice I knew that she had to help usher in this record – oozing with sentimentality and opening up the hearts of those around her – we are so happy to have her playing this show – so get here early.”

Doors to the Village Theatre will open at 6 p.m., and the music will begin around 7 p.m. Mama Bosso Pizza, All Sweat Productions, Yellow UFO, Moeller Nights, and Goldbird Recordings have all contributed to the staging and promotion of the show, with more information available at Facebook.com./VillageTheatre5.